Human and his immaculate calculations are inseparable. Since yesterday’s mankind has lived life around mathematical.

And they have kept on evolving theories, axioms, innovation and invention. He/she lives in present day but the top most part of his body always lured him to indulge either in past or future.

To explore past, they become archaeologist and studies every possible aspect that could have existed. They don’t leave any stone upturned.

They have discovered how early man would probably have looked like. How he evolved into hi- tech super robotics sought of human from ape species.

What he used to eat and how he use to cook when devices like gas burner, oven and microwave oven were not imaginable.

How he used to build houses, which concrete did they use? They have been able to calculate the time span of various species of human being.

This is all possible because of technological advancement. From the root of hair, experts can find out the DNA of that person.

Not only exploring past has become viable but also the future is more or less under the control of human being.

Though they yet to have total control but human does have a considerable control over future. This is a fact you can’t argue for.

Yet the year is not so nearby either that we could exactly predict how will be the environment exactly.

Predictions could be made about facilities that could come up with time. Though the year is not so far away that we could imagine human evolution but habits would undergo changes.

May be students won’t move out of their houses to go to school. E- Schools will take the charge to build the educated foundation of nation. Houses would have all the high end technological devices. 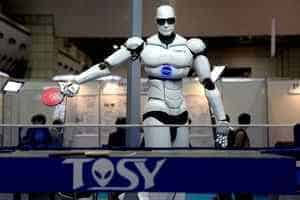 Robots will perform exercises on behalf of their masters. And the icing on the cake would be, the master will derive the benefits of exercises.

One may eat as many number of chocolates they want to eat but calories concern would not dare to destroy the taste.

Foodies will have the ultimate gift of technology that eat, sleep and then eat. Leave the weight gain worries on to super machines.

Portable cars is not an exaggeration to think of. Portable furniture has come to real life from reel life. Then portable cars are not far behind in league.

40 years back imagining devices that could give you ease to walk and talk was remote off thought.   To see live the caller was inconceivable.

But it is reality today. More than reality the device to enable life changing has gain the status of necessity.

Human has made computers and super computers. The rapid pace of development would someday enable computer to generate human.

Machines are getting wittier with each passing day. They have replaced humans in factories. So it’s quite imaginable that one day machines will take part in human production process.

Space visit no longer would be the monopolies of astronaut. People would be able to visit other planets the same way as they go and visit market nearby them.

Self-driven vehicles which are being tested now a day would be a common sight. The especially abled will at least become little more independents with this step.

Robots will do house hold chores and also will act as friends with conscious mind. Mannerism will be trait of robots at least.

Underwater hotels, air crafts like the one in science fiction movies will be alive. May be teleportation will take charge of whole scenario of air travel.

Emotional front will also face changes. Human would be more mechanical and emotions will take a back seat.

Communication and accessibility will be at an all-time high. Fast food, entertainment, and news would be ready for our consumption at our will.

But technology has its side effects too. With more and more of advancement materialistic approach is guiding power. Relations are for namesake.

As long as people derive benefits from relation they carry it. Once they realize that they are giving more and gets lesser in relationship, they quit it.

Things will only worsen with time. Parental love will have held no place in kid’s life.

If parents would be capable of fulfilling desires of kids they will be treated as part of family. Otherwise kids will not give it a second thought in leaving parents for friends.

Tress will be preserved in museum as it will be among endangered species. Deforestation would leave little of fresh air for coming generation. People will move out of houses wearing oxygen mask.

By the year 2050, the world’s population will reach nine billion. The demand on the world’s resources – energy will be severe.

But the road from now to then need not be bleak. There is a path to a future filled with opportunities, with amazing individuals and extraordinary projects leading the way.

Human species need to be future ready but that preparation should not cost our present. They have to strike the perfect balance for the fear of sinking of boat.

Human beings are dependent on environment for their very existence so it is important to maintain a perfect harmony between human and natural environment.

Health should be protected and promoted because if health is lost, life sounds miserable. To live healthy life one has to act today.

Protection of environment should be given priority world-wide as pollution and its effect does not differentiate between different countries of the same world.  Advancement can wait but the rising rate of pollution is alarming.