Coldest season of the year is winter generally in polar and temperate climates; it comes in between autumn and spring season.

Axis of rotation of Earth is oriented in such a way that the hemisphere is not towards from the Sun. Start of the winter is defined depending on the state, culture of particular country.

Weather is also used to complete the definition of winter. We can say that when Southern Hemisphere has summer then at same time Northern hemisphere enjoys winter season and vice versa. In many areas across the globe, winter is meant to be the season of freezing temperatures and snow.

The sun’s elevation has the time period of winter solstice where South Pole or North Pole is at its negative value i.e. sun is far below the horizon with respect to the pole. It means that there will be the longest night and the shortest day respectively.

This is the most important season among all seasons especially in India. Winter season stays for three months just after the rainy season. This season makes the whole atmosphere cold. Cold winds blows for days and nights. You can see the fog at all time which creates shivering.

Sometimes rain is the reason for this season. This season starts near Diwali in October and ends at the time of Holi i.e. near March end. Generally school goings students get their winter vacation on the occasion if Christmas Eve till start of New Year.

Cold winds are the main reason for this season. It makes the atmosphere and surroundings chilling and foggy. Raining season in winter makes the life more miserable which can destroy all standing crops.

Another reason for this season is frost. It is very difficult to drive or even to walk in this season. Generally dense fog occurs early mornings or late evening 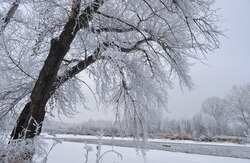 Medically winter season has importance in its own. Atmosphere created due to cold is very helpful for health. People use to walk in the evening and morning because dust particle usually set at ground and you can get good amount of pollution free oxygen.

During summer sun rises early in the morning and as the time goes temperature increases gradually but in winter as temperature is cold therefore one can go on walking or cycling for long hours.

Hence we do not get tired. But as the moisture level increases in the air because of which danger of mosquito’s increases and people do fall ill in this season.

Problems faced during this season

Problems increase as temperature decreases same as in summer as temperature increases. In summer heat waves are present in the air which can harm the body very badly.

In winter temperature drops due to which poor people has to face difficulties as they do not have enough clothes to wear or generally they do not have proper shelter to save themselves from cold breeze.

They have to maintain their body temperature as in winter we usually drink less water which causes health problems. Large number of animals or birds dies in this season if temperature decreases gradually.

Moreover if we have to travel to different place then we have to carry huge number of clothes which automatically increases number of luggage.

People who are going their offices have to face difficulty as they have to reach on time to their office while facing fog. Where driving becomes very difficult as you cannot see road ahead.

Vernalization is known for those plants which require winter cold in order to achieve their life cycle. Trees most important part is roots which remain insulated in the winter as roots remain buried beneath the earth surface to keep themselves warm.

What we can do?

We can donate our old clothes which are in good condition for the well being of poor people. People who are living in slums do not know how to tackle the problems which arises due to this season.

So we could arrange some free medical checkup for them so that they can get treatment in future. For animals we can make some shelter where they keep themselves warmer.