Which is the widest river in India? 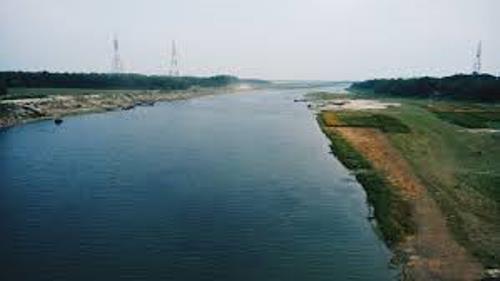 The three major river systems in India & Why are they so famous?

The rivers Indus, Brahmaputra and Ganges are the three most famous river systems, not only in India, but spanning several neighboring countries of India and the subcontinent itself.

Rivers are important for any civilization. There are legendary stories of how civilizations began due to these river systems, how they evolved and how they look in the present day.

We have been eating our food since the rivers fertilize the land on which crops are grown. It is an interlinked chain and rivers are thus the major source of water producers and benefit growers for the entire country.

Rivers provide employment to men. They contribute to the economy in a variety of ways. They are the lifelines and people are dependent on these river waters to carry on their lives.

Major occupations are based on these river systems, and they provide income for many families. River systems are large; they are to be taken care of.

Brahmaputra is probably the only river bearing a male name in India. Almost all of them carry a female name. This is another specialty of the river.

People of Assam worship river Brahmaputra as it majorly flows through the entire stretch of Assam state. It is of great importance to the state.

The river cuts across Arunachal Pradesh and enters Assam. Brahmaputra and Ganga meet together to form a delta. The rivers of India are thus very important life source of the economy.

The origin of river Brahmaputra

The origin of river Brahmaputra is not in India. It rises in the Tibetan country almost towards the east point of the famous Manasarovar Lake.

The point of origination of the Brahmaputra River is called as Tsang Po in Tibetan language. The river Brahmaputra flows into the Indian subcontinent through the small towns of Arunachal Pradesh and the region where the river makes its entry into the country is famously called Siang.

The town of Sadiya is exactly the place where the river enters India through the Siang point. River Brahmaputra has many tributaries; some of them are Manas, Subansisri, Sankosh, Burli etc.

Branching of the river Brahmaputra into different countries from India

The state of Assam is almost fully fed by river Brahmaputra. From Assam, it continues its journey towards Bangladesh and then into the Bay of Bengal.

Totally, the river Brahmaputra traverses through 3 countries before finally reaching its destination at the Bay of Bengal. It originates at Tibet, passes through China, India and Bangladesh.

The entire length of the flow if Ganga is 2525 kilometers, spanning across India and Bangladesh. But Brahmaputra travels much larger distance, almost 3848 kilometers in length.

Between Arunachal Pradesh and Assam, it covers only 725 kilometers in India. Hence, it takes the place of the second longest river in India.

Whenever there are large river systems, they are naturally going to be associated systems and dependent economic structures built on them.

The river Brahmaputra forms a similar network of industrial and agricultural economy booster for the communities living in this part of the country.

People have been using river waters from this river and have utilized for their economic development for long.

Fishing, tourism, shipping, agriculture, irrigation facilities, there has been a whole lot of activities in the river system that have been yielding target profits for the state year after year.

The major threats that the regions surrounding the river are facing

River systems in India are large and world-famous. They have been providing jobs for people and are economy drivers.

Not only this, they are worshipped and people consider them their lifeline to live a life of happiness. But maintaining the beauty of these river systems is entirely in the hands of the growing population and if they aren’t well maintained than they are bound to be spoilt beyond imagination.

The Char community is an establishment totally dependent on the river for their life and has settled down in the underdeveloped regions of Assam.

They are without any monetary help from major developers and are one of the backward communities of the country.