Essay on Importance of Water 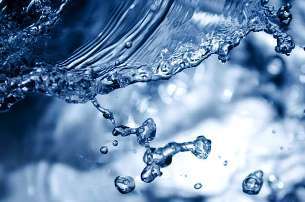 Water is the most valuable substance in our lives. Life would be non-existent on earth, without the presence of water. Water occurs in three different forms; these are solid, liquid and gas. All these forms occur naturally in the environment.

Water in its purest form is basically tasteless, odorless and colorless. It is made up of two hydrogen atoms and one oxygen atom (H2O).

It has a freezing point of 00 C and a boiling point of 1000 C. In its solid state, it forms glaciers, frozen lakes and rivers, snow, frost and hail. It occurs in the liquid state as rain and dew. And in its gas state, it occurs as fog, steam and clouds.

Most of the people assume that water is an unlimited natural resource and they neglect the importance of it.

Although water appears abundant but the recent surveys has shown that it is seriously vulnerable to depletion and pollution.

About 20% of the world population does not have access to fresh water. Canada is the second largest country that has a vast supply of fresh water.

Even a healthy person can only survive for 3-5 days without water. Water is an integral part of our life and health. It makes us survive, clean and simply recharge our fatigue and make our skin look better.

It is not only important to human beings but also to plants and animals. If there were no water to feed the plants, there would be no oxygen for the living organisms.

Water helps in revitalizing, when our skin dries under the sun. In our day-to-day activity we play games, work a lot and do other stuff that leads to body’s dehydration. Water helps to rehydrate our body through its revitalizing feature.

Water also helps in detoxifying the bacteria in the human body which is important for the health. It is best and the cheapest agent for detoxifying.

Anything in excess can lead to certain problems, similarly excess water consumption can lead many health problems such as migraine headaches, high blood pressure etc.

Water pollution is a matter of concern and it must be stopped. Thousands of animals die due to water pollution. Water is polluted mainly because of lack of space for dumping garbage.

Instead of recycling people start throwing garbage in the water which leads contamination of water.

Several laws were made in order to control this, cut companies and industries still dump waste in the rivers, oceans and streams. Water pollution leads to no life in the oceans, lakes and rivers as the dumping of waste in the water will cause the water creatures to die off.

We need to cut down the dumping of waste as soon as possible and should come up with a plan to improve the water quality. Water is the most important part of our life. We can survive for days without food but if we didn’t get water to drink soon we would close our eyes forever.

Diet watchers and diet conscious people can lose weight by drinking more and more water, it improves the metabolic rate and helps you burn fat.

One can stay active and energetic if he/she consume a lot of water because drinking water keeps you alert and improves your energy.

“Save Water, Save Life”