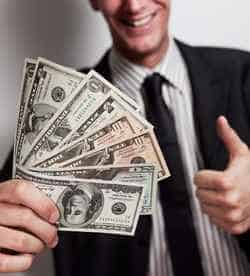 It is the right of every man to be paid duly for his work irrespective of his religion, caste, and creed. However it has been observed that in certain what places the workers have been denied of the rights to proper pay by their employers. Because of this certain laws have been drafted for safeguarding the rights of these workers to fair wages.

Firstly we must know what the term wage refers to. Any sort of remuneration given for a particular work can be categorized as:

Most countries have a be determined wage policy according to which the wages of the workers are given. Wages are of three types that have been determined by the Legislature.

Minimum wages – this refers to the minimum amount of P that the water needs for sustaining a normal life which includes basic amenities and requirements for him as well as his family.
Fair wages – fair wages refer to the amount that prevails within the particular section of workers in different industries.
Living wages – living wages are higher than fair wages and it provides for basic subsistence as well as certain extra comforts that may include education, insurance, medical aids, etc.

The specified amount for each of these wages are usually determined on the basis of various factors which includes the employers capacity to pay as well as the economic conditions of the workers as well as the prevailing purchasing power parity.

Wage policy refers to the guidelines that have been laid down by the government in order to safeguard the rights of the workers and ensure proper payment by their employees.

The first step that was taken to ensure the rights of the wage earners was the Payment of Wages Act 1936 which was mainly need to ensure timely payment of wages to the employees.

After that in 1947 the industrial disputes act was passed which authorized all state governments to setup industrial tribunals to look into disparities relating to wages.

Another notable development that led to the evolution of the Wage Policy was the enactment of the minimum wages act 1948 later came there equal remuneration act of 1976 which prohibited the discrimination in matters of wages on the basis of religion, caste or sex.

In order to determine the wages for a particular section of workers, a tripartite which board is set up which is a voluntary negotiation board that has equal representation of the employees as well as the employers. An independent individual is usually selected as the chairperson of the board.