Books have been the greatest companions to mankind since ages. The history of the origin of fairs goes as far as the early Middle Ages. Though medieval economy was mainly agricultural and subsistent, peasants and craftsmen had no regular market where they could exchange whatever surplus they had for other necessities.

A few market towns that were there were jealously guarded by merchant guilds which generally drove out buyers and sellers who came from outside. According to eminent economic historians it was out of this problem of exchange that the great European fairs emerged mostly at centers with good communication and some religious associations.

The great fairs (usually annual) drew to, themselves customers of every kind by the new opportunities for sales and purchases and often by the diversions they offered to all and sundry.

The world has changed enormously since then, and in this age of specialization we have so many fairs round the year- one for engineering goods, another for textiles, a third for handicrafts and so on. Though book fairs are comparatively recent in origin, these are becoming more and more popular each day throughout the world.

Even in India where the majority of people are very poor and uneducated, these have created a great sensation among the masses. It seems our people are becoming more and more conscious of books and the pleasure of reading. And here, as in many other things, the grand old city of Calcutta has played the role of the pioneer.

Sited on the open space near Park Street the Calcutta Book Fair draws lakhs of visitors for about a fortnight during late winter or early spring. The magnificent gateways modeled on famous historical buildings, stately pavilions designed by artists and unending stream of men. Women and children in colourful dresses, these and many things else create a festive background.

But there is more than what meets the yes. At the book fair book-lovers begin roaming from stall to stall he feels as if he were marching through a wonderland. Time eats up everything save the creation of man’s mind enshrined in books. As a book-lover browses among classics of antiquity those old masters seem to be talking to him.

But he must not indulge in daydreams. He rushes from one stall to another in search of good bargains, for this is the only place where he gets the largest collection of his choice. So he casts a casual glance at some books, eyes some with keen interest and ends up with buying those he prizes most. He is like a diver collecting the choicest peaks hidden among the countless oyster shells.

All are not certainly lovers of books. Some of the visitors care mostly for its novelty and fun while a few delight in observing the varied groups moving about. They smiles at bookworms poring over formidable volumes, spot lonely ladies seeking solace in the world of books, discover a shop-lifter trying to elude the watchman’s eyes. 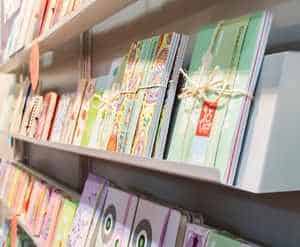 They notice hectic excitement of the book -sellers who never dream of having more customers on a single day in their permanent shops in different parts of India.

As for the sales- women, their cheeks seem to be ‘fading’ roses a day or two after the inauguration of the fair. The on lookers enjoy its din and bustle, taste different foods and drinks available in stalls and go back home with new experiences.

Book fair is not just for book lovers. It is also for art enthusiasts. There are stalls where only books on painting and sculpture are sold. Even there are artists sitting with their small stalls who will draw an exact portrait of their customer with just a pencil and a few strokes.

On one side we can see a gang of student students sitting and chilling out, playing guitar and singing songs of their own choice. Surrounding them are few audiences who are listening to them with admiration. Some are even singing along with them or dancing along the beats. All of them create a wonderful atmosphere of fun and merriment.

Book fair is also a place for the food lovers. Various shops have been set up to quench the hunger and thirst of the roaming book lovers. There are ice cream stalls, coffee and tea stalls, and pizza stalls, stalls selling coke, fries, chowmein, pasta and what not. All of them are equally delicious and wonderful. We see people flocking around these stalls as much as they do near the book stalls.

The police play a major role in managing the crowd. Quite frequently we hear them announcing in the loudspeakers to maintain discipline or an announcement for someone getting lost in the crowd and for their family members to come and pick them up. Water and toilet facilities are important in a book fair.

Clean water has to be available at maximum points to help the book lovers to quench their thirst. Adequate toilet facilities for women and children is a must need.

The fair also offers varied diversions to the visitors. At times well-chosen Tagore songs soothe their ears. There is music, literary, discussion and debates, recitations, seminars, quiz competitions and other items.

Popular authors appear before their fans. For once they are generous in singing ‘autograph books’. The budding poets read out their masterpieces much to the administration of the youngsters.

At the end of a long day weary lover of books returns home with his head full of wisdom and his purse almost emptied. As he leaves the fair, he thinks wistfully of the books he could not buy. Still when he rests at home running his eyes over his new collections, his face beams with satisfaction .like a child he dallies with these until sleep seals his tired eye-lids.