‘Behind every successful man, there’s a woman.’ This common saying is heard by all of us since our childhood, but the question that arises is whether we really believe in it or not, whether we give credit to our mothers or sisters or wives who work tirelessly for us, day in and day out, without even asking for a holiday or charging us anything for all that they do for us.

The answer to this very simple question can be readily found in the newspapers that we read every morning, which is full of atrocities and violence suffered by women.

Let’s take honor killings for example, if women are thought of as pride or honor of a family then how can a father or a brother kill them to maintain their family’s dignity.

Let’s take another example of domestic violence, marriage, especially in Indian tradition is considered a bond of equality between the bride and groom where both promise to support each other despite all odds, so who has given the right to the husband to vomit out his anger on a woman by beating her up or abusing her sexually.

Acid attacks are one of the much hideous violence against women which destroy the lives of young women with dreams and aspirations. Ironically, History and religion of every country includes at least one instance where the importance of women is highlighted like Indian goddesses Laxmi and Durga, the courageous Joan of Arc of France.

Our present is also full of the success stories of women who have become role models of entire world, the example of Aung San Suu Kyi, Indira Gandhi and Golda Meir are just a few to mention.

These women entered the field of politics, which is still considered as a men dominated field of career and proved themselves better leaders than their male counterparts. Golda Meir was rather referred as the only male in the country’s Parliament. 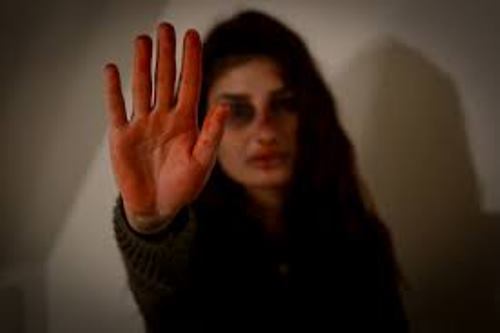 Despite continuously proving themselves, women still face challenges from the patriarchy or chauvinistic males who think of women as much lower to them.

The brunt of all their anger and frustration has to be borne by women. Unfortunately, every woman has faced at least on distance of being abused or harassed or beaten up by men.

This eloquently shows how much the saying that was mentioned above is taken seriously.

Just as every illness requires its cause to be known for its correct treatment, the reason behind every social evil needs to be identified in order to eradicate it. So, what can be the reason behind violence against women? According to some, its illiteracy but can’t it be said that illiteracy does exist but a major population of the world is literate so why the violence against women prevails at such a large scale.

The most convincing reason seems to be the patriarchal mindset that favours subordination of women and supremacy of men rather it would not be too much to say that it didn’t even give women a minimal humane respect.

This mindset undermined the capabilities of women and caged them in orthodox ideologies. Several restrictions on women are being put by this infamous mindset, most common among them are restriction on their attire and right to work outside home.

It is this patriarchal mindset only which is being targeted by famous feminists like Kamla Bhasin. On the contrary, it not only harms the women by hitting hard on their self-esteem and confidence but also proves a bane for men as it stereotypes men as masculine, aggressive and iron hearted who are not supposed to cry or express their emotions of pain and grief, fully.

It is this evil only which prevented women to take up professions like mechanical engineering or entrepreneurs and also stopped men groom taking up soft professions like being chef. In this way, patriarchy proves fatalistic to the entire society and the entire world at large. World is incomplete without women. A mother’s love cannot be find anywhere.

The warmth and compassion that a woman upholds is most comforting and irreplaceable. It cannot be bartered with even the most precious jewels or even box full of treasure. Feminists are not against all the men in the world, there are men who do respect women but they also need to stand in support of women and should not tolerate violence against women.

It’s said that the future of the world lies in youth. So, to expiate violence against women, young men should be trained and taught to respect women and young women should really rise up against every violence inflicted upon them and support other women for the same.

Women should join hands as eternal sisters who fight for each other’s rights. As Babasaheb Ambedkar, the architect of Indian Constitution rightly said that justice is to be earned. Women should demand the justice rather than waiting for someone else to give to them.

The government also needs to take stringent actions in cases of violence against women. Though, numerous rules and laws exist in protection of women against injustices but the loophole lies in their non-implementation.

The police officials, at times, falter in fulfilling their duty and abiding by the law. They even discourage women from reporting crimes that they are facing. This is extremely shameful and such officials need to be suspended. Though, there are several telephone helplines to help women but at times, no one picks up the call and such helplines remain just for the name sake.

So, the Government should ensure that the measures which are taken to help women are executed properly. Also, each man should really remind himself of his mother before doing anything wrong with a woman and should ponder whether Hus mother would be happy with his act of harming a woman.

Every youth should really stand up and raise their voices together against all forms of injustices against women in order to make this world a better place to live for ‘women’ as well.