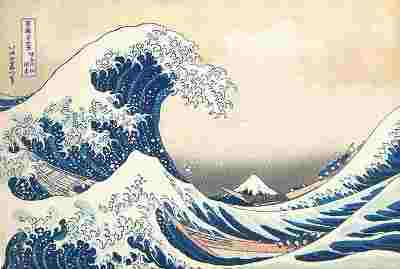 Whenever we hear of the word Tsunami, we are all gripped by fear because we have seen the impacts after the land is hit by this ‘giant harbour wave.’ A tsunami is a giant wave that strikes the land surrounding seas or oceans. Tsunami is a natural disaster; a nature’s way of showing to us how devastating it can be to life.

The interval between two waves can either be a few minutes or can take up to hours. They can travel at jet plane speeds over deep water but slow down as they are nearing the shallow areas.

Tsunamis are caused by the earthquakes occurring on the deep sea ocean floors due to shifting of the tectonic plates below the ocean bed. They can also occur due to landslides, volcanic eruptions, explosions or meteorite impact.

They reach the coast with tremendous amounts of energy due to which they have a great erosion potential. They erode the coastal fertile soil of the surrounding land in a few hours or minutes. It can disrupt the vegetation, houses, and other land property along its way.

The most notorious Tsunami that has occurred till date was on 26th December, 2004. This tsunami took place due to the earthquake in the Indian Ocean off the north-western coast of Sumatra, Indian Ocean.  This had a 9.0 magnitude and it caused lives of almost 200,000 people and many countries were impacted by this incident.

This Tsunami was said to have traveled 500 miles per hour and took from 15 to 7 hours to travel to various coastlines. Indonesia, Thailand, Sri Lanka and South India were hit the hardest but other countries like Bangladesh, Madagascar, Seychelles, Malaysia, Kenya were also affected.

Most tsunamis occur in the Pacific Ocean. The zone at which it normally occurs is the northern edge of the Pacific Plate and is said to be geologically very active. Strong earthquakes that are at least of & magnitude on the Richter scale result in these waves. 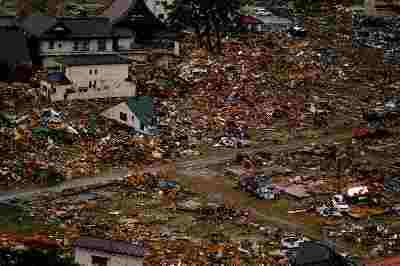 Japan is hit by Tsunamis almost every year due to its geographic location making it prone to many earthquakes. Due to this, Japan has suffered several casualties for over many years. To prevent loss of life and property, Japan has constructed many dykes along the coastline as an early Tsunami warning system.

We cannot prevent a Tsunami but can always take up some measures that provide protection from it. Early alarm systems need to be installed that can give us an idea about the Tsunami if it were to occur. Satellite systems can also detect and measure tsunami waves by sending out electro-magnetic pulses.

Proper evacuation routes need to be mapped and people living near coastal areas need to build houses at an elevation, likely on a hill. Food provisions and other necessities in emergency shelters also need to be taken care of by those places that are prone to frequent tsunami hits.

Seawalls can be built to prevent the wave impact. City planning is also a must. Engineers can map out streets, marinas, terraces, retention ponds so as to slow down the impact of a tsunami or even stop it altogether. It is not always that a tsunami wave has to be disastrous. But, it is good to take up precautionary measures to prevent extra damage to life and property.

2 thoughts on “Tsunami Short Essay for Children and Students”