Essay on Truthfulness | Importance of Truth in Our Life 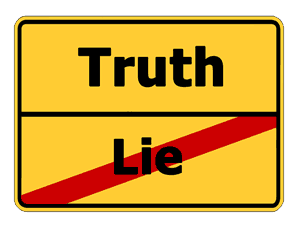 Truth is the virtue by which all your sins can be averted.  Honesty is the one thing that holds the power to change hearts. Truthfulness is not only in the case of honesty towards others but it is also about how true we are to our own selves. We all need to realize our potential and learn to stay true to our own convenience.

As we say, charity begins at home; similarly, truthfulness begins in one’s own mind. If a person is true to his heart and learns to yearn to its calling; then his virtue will lead him to different places altogether where he always wanted to be. Truthfulness is always appreciated in an individual and the quantity of honesty stands him apart from everyone.

To assert the importance of truthfulness, our school had four houses- truth, peace, love and righteousness. Children are taught to appreciate truth from a young age at school and at home. The movement of truthfulness gained momentum, when Gandhiji asserted the importance of truth through his satyagraha which he undertook to redeem India of its captors.

It is said that Gandhiji was greatly influenced by Raja Harish Chandra’s play where the protagonist walked on the path of truth no matter what. This is what inspired him to take up the path of truth in his life. Eventually his ideologies came in influence a lot of people and he was successful in turning out Britishers from our country.

This is because he stood undeterred on his principles and working. Had he not taken stand of his words, his followers would be none who walk on his given path. Had he not been true to his word, he would not be recognized today for his impeccable character and moral values.

It is his path of truth that is followed today. History holds records of many such men who discovered their true selves when they yearned to their inner calling and learns to recognize it.

Great men like Buddha and Mahavir Swami were born as price and fed with silver spoons. But when they learnt what their heart accepted i.e. non-materialism; they left everything back – all their riches and lavish lifestyle, to start a new life which they wanted for themselves. And thus, they sit out to preach the path of righteousness and truth.

The path of truth is not easy to walk on. The path is laden with thorns of challenges and difficulties. Situations will tempt you to lie and walk on the wrong path due to hard consequences. But it is the strength of your character that stops you from swaying on the wrong path.

There are situations when truth can cost you dearly but at the end, there is no burden on your mind to hide the lies. A spoken lie attracts more lies.

It begins to spin a web around itself. It becomes difficult to get out of that trap of lies which is never ending. It starts with a small lie and to cover up that false statement, more lies are spoken. But as we all know that truth always triumphs.

It always finds a way out of the crevices of doubt that is left behind by false statements. In the end, the hidden truth always comes out and the consequences are even more harsh and grave when they would have been before. Without a truthful living, no success can ever be achieved.

A person should remain truthful to his virtues. Honesty is such a virtue which is admired by one and all. An honest man is always held in high esteem and respected wherever he goes. Recently, a case came up where in a taxi driver found a small case left behind by a passenger in his vehicle. He somehow found out his address and went to passenger’s residence to deliver the same.

We all should try to become honest like woodcutter and never be lead by any kind of temptation. This is a rare virtue which everyone does not possess. Therefore show courage and be a hero. When closely observed, we see that honesty stems from truthfulness.

Truth can save you from any difficult situation from worsening. The virtue of truth is the basic fundamental characteristics that should be embedded in each human.

Lies and deceptions stem from not telling the truth. Somewhere on the other, false statements destroys both the parties from insides: – the one who tells the false and the one who is being lied to because he eventually finds out about the lies.

The peculiar thing about truth is that it is like a surgery. The infected part is immediately attacked upon without any haste or twists. But lies are like painkillers.

They just delay the root of the disease to spread up. And when it does come out, the disease has already infected a lot off his parts. Truth is like the road not taken- the less trampled upon, the less walked on but it will also lead you to destinations unknown. No matter how difficult a situation is, a person can get through it if he follows truth at all times.