Since the time life took its form, it is known that there are two most essential things that breathe life in this planet and they are food and air or oxygen to be more precise.

And trees have managed to provide us with both. As civilization progressed and we evolved, they provided us with shelter, medicine, and tools.

Sadly, as their value increases and more benefits of trees are being discovered the number of trees in this planet continues to decrease.

In India majority of people survive on these trees. And trees & plantation are their prime source of income. But neglected farming and use of trees and land has led to a decrease in the number of trees.

Other factors which lead to deforestation are mining, building factories etc.

According to Ministry of Environment and Forests data Arunachal Pradesh has cut the majority of forests over 30 years which is followed by Madhya Pradesh and Andhra Pradesh.

Nearly two-thirds of Haryana’s land have been lost to encroachments in past 30 years.

Up to 25,000 hectares of forests and more of Chandigarh’s area, are handed over for projects like defense projects, dams, mining, power plants, industries and roads.

The case is even trending in states such as Punjab and West Bengal where less planted areas are given for Non- forest projects. 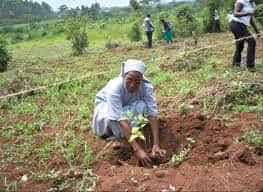 Trees play an important part in removing the dust pollutants in the air.

They act as a natural air cleaner by eliminating carbon dioxide, carbon monoxide, sulfur dioxide and nitrogen dioxide all of these are incredibly harmful to the ecosystem.

As all the pollutants, dust particles are trapped by the trees, rain washes these pollutants away, hence leaving a clean air and surrounding.

Trees are also responsible for managing and moderating the effects of sun, rain and wind.

They tend to absorb the sunrays making the environment cool. The leaves of these plants absorb the heat and thus results in cool summer.

Tress act as a shield when it comes to protecting the creatures from hail, rain and even sunrays. They are also known to direct and influence the wind direction and speed.

Planting trees are the main reason that prevents soil erosion. Trees and their roots which are spread deep into the ground holds the soil and thus prevents landslides.

They even retain water and prevent dislocation of important minerals from the grounds after a heavy storm.

As the roots of trees holds the water there is no water loss and there is a ground water supply recharge. The harmful chemicals are also prevented from entering the water bodies.

And not forgetting that trees are the food provider for majority of animals such as elephants, koalas, giraffes whose food are the leaves of these trees.

The fallen leaves and fruits act as a compost for the soil nourishment that makes the ground more fertile.

The ecosystem, of which trees are a part along with animals; is vastly interdependent on each other.

The trees and plants produce fruits and flowers which are often consumed by animals such as monkeys and they help in dispersing the seeds in the ground which help new trees to flourish.

Likewise the bees that suck nectar from the flowers also support pollination and cross pollination resulting in rise of a new species.

Trees are home of many birds and animals. In India there are growing rate of wild animal attack due to their home being cut off.

Planting trees can prevent it and therefore there will not be any heartbreaking bloodshed on either side, that is humans and animals.

Trees have a capacity to decrease the noise effect just like stone walls. Planting trees near schools and hospitals can reduce noise pollution to a great extent.

As mentioned earlier that planting trees can keep the environment cool similarly during cold seasons and on windy days trees can act as a windbreak. This will also reduce the use of heaters in the house by 30%.

Planting trees ensure that the vegetation and soil are not dry as it keeps the top soil in place and prevents it from washing away in heavy rain.

There are many initiatives that have been proposed and some have already been executed by the countries all over the world especially where deforestation is at its height.

These policies if executed right have the potential to save the already deteriorated condition and that is decreased trees in the planet.

For all these policies to be viable there should be a benchmark which can calculate the progress.

A Special Role of Trees in Tackling Global Warming

Planting trees have a special role in tackling one of the planets biggest concern and that is global warming.

It’s been found that planting a small sapling which in turn will grow into a fully mature tree has the capacity to provide oxygen for which can be inhaled by a family of four. 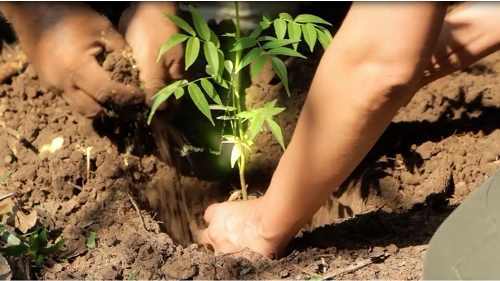 Air conditioning costs can be reduced by nearly 50%, if trees are planted in the right manner near any house.

Air conditioners which are a major source of releasing one of the harmful gas CFC which increases the earth temperature: it can be reduced by planting trees.

Studies have proved that one acre of land if filled with trees can remove 2.6 tons of carbon dioxide.

Air and water pollution can be checked off because of planting enough trees. More trees will give rise to more biodegradable products which can also be recycled such as paper bags.

There will be reduced cases of flora and fauna being extinct in a situation where we have already lost a number of species.

Our ancestors planted trees and they knew that they might not be able to gain any benefit but they handed over a beautiful gift.

The generation that succeeded and that would be us we are enjoying the fruits of their labor, so it is our prime duty that we should also hand over what was given to us the way it was given. “With trees we plant hope” a hope for a better future, a hope for a healthy and happy future and even more a green future.