Travel is often synonymous with the word touring or tourism. Travelling has been essential to Man since the very beginning of civilization. He traveled from one place to another in search of food, shelter, to find a mate or make himself a home away from home. 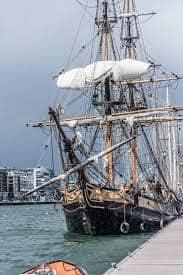 Travelling has been incorporated in a being whose sole purpose is to be a part of an adventure, by which case he is able to discover new foreign places. Christopher Columbus was an Italian explorer who discovered the Bahamas and Central America in the late 15th Century via sea voyage and later colonized the areas that he came across and explored. His purpose was to establish relations between Europe and the Americas.

Civilizations began when Man wanted to settle down. Settling down required exploration of places, preferably alongside river banks for food, shelter and protection against wild animals. He was a hunter and a gatherer which required travelling to across plains and into forests.

As civilizations began to rise and fall, dynasties sprung from them and ambitious rulers wanted to travel across oceans to colonize and rule rest of the world. The French, the British, the Dutch and the Germans wanted to establish supremacy.

The British succeeded in travelling to various parts of the world and colonize the Americas, Australia, India, Africa and many others. Thus, travelling gave them zeal to conquer most of the World. By doing this they propagated their culture and language to be instilled in the colonized countries. Under their rule, transportation and communication became vital factors.

In the middle Ages the poor class of people belonging to various religions of this world went on a pilgrimage, for example, to Mecca or Bethlehem under the face of spiritualism and faith. In those times, people travelled to temples in faraway states of their country and even climbed high mountains of Haridwar-Hrushikesh, Vaishno-Devi and Kedarnath to be one with God.

As travels increased, modes of transportation also grew. Travelling on horseback or by carriages driven by cattle or horses, small boats, ships was common in those days but after the Industrial Revolution, railways and airplanes were in demand as they provided convenient commuting.

The newer middle class also saw fit to travel once a year and instead of suppressing their urge to stay in one place, man began exploring the countryside by either hiking or any cheap mode of transportation. Travel became an escape route to wanderers and aided them in taking a break from their busy schedules and routines.

This was their idea of recreation, interacting with people from foreign lands, being social and learning about their culture and traditions. Thus, exploration of different faraway lands gave leeway to being a part of various societies. From this we have come to know that, due to travelling and sharing stories of their travels with each other, India is such a beautiful and a culturally diverse country.

Travelling gives us knowledge and the increasing number of travelers every year from 19th Century onwards provided the tourism industries like Cox & Kings, Thomas Cook and in the 20th Century like Veena World and Kesari tours with many opportunities.

They expanded their tourism business by organizing pre-planned or customized tours for a group of people with a variety of destinations to select from at reasonable rates. This allowed the travel industry to flourish as the demand for leisure and hassle-free tours became popular among the clientele.

This type of leisure and recreational travelling became advantageous to the communities or the country’s economy as travelers needed good hospitality, rateable food, comfortable accommodation as well as entertainment activities like skydiving, scuba diving, rock climbing, travel photography, safaris in the wilderness, etc.

Travelling for business or study purposes has also become quite common. According to BBC travel statistics, the world international population numbers are more than 3.7 million and they are increasing by 12% every year. Travel abroad offers different subject areas to explore which are not available in their home schools which is why students choose to go abroad to study their desired areas of interest.

Travel for work especially in the IT, corporate and trading sectors has also increased quite exponentially. Major IT hubs have been stationed in India and the US. To and fro travels between these two countries are an everyday routine.

Travel Industry has expanded. This is an advantage because a tourism dependent country’s economy is mostly dependent on tourists. Travelling by air, on land and water has been possible only due to increase in number of airplanes, railways, cars, ships, boats and ferries. Many people prefer hiking or cycling to nearby places as exploring nature provides them with relaxation. 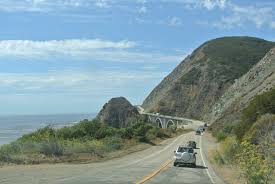 Visiting a different state or country is fruitful as it gives one insight regarding their customs and culture. Keeping an open mind and welcoming thoughts and ideas about a new place can make you a part of a society and create a sense of belonging.

Visiting world heritage sites, old architectural complexes, both man made and natural wonders of the world, tropical rain forests are some such places that are worth the time and money. It makes one wonder how truly nature and science can complement and blend with one another.

There are also some limitations when it comes to travelling. Pollution is one main concern as people dirty their surrounding by throwing away litter on the ground or into water instead of disposing it in a proper manner. Air, land and water pollution has increased quite a bit due to transportation vehicles.

We should come up with alternative sources of energy and some rules and regulations that put a stop to littering around and cause less damage to the surrounding environment whilst travelling.

I would like to say that along with bringing together diverse cultures, travelling also brings peace of mind. In today’s world, it is very essential to keep a few days aside to go on a spontaneous trip as it can be a great stress reliever.

As travel industry blooms, we also need to expand our horizons and go to places that are yet unexplored and keep in mind never to disrupt the environment. On an ending note, I would also like to say that space travel also looks like a possibility in the near future so we can always have our hopes up!