Traffic is, inevitably, the most irritating grievance that is encountered on a daily basis by millions of drivers. Long queues of vehicles piled up, stranded people, longer trip durations, and are all characteristics of traffic jam which is now a common sight at almost every interjunction.

Not very long ago, Delhi was a peaceful place to live in, when the people were less and consequently the vehicles were also less. Traffic snarls were unheard of. Ever since the population of Delhi started bursting at its seems, the same way these these traffic snarls also started increasing.

According to a recent study, our city has a major distinction of having the largest number of vehicles in the country, the total of which surpasses the combined vehicles of the other metropolitan – Mumbai, Chennai, Hyderabad and Kolkata taken together.

This is off course a gloomy state for the capital of the nation as it is quite evident that the traffic conditions in this city are quite unmanageable. This sudden surge in the traffic snarls is due to increasing number of vehicles which has resulted in the clogging and choking of the roads to the brim. Our roads are not capable of accumulating the amount of traffic that happens to junk the roads every day. 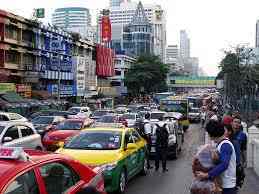 The first reason of this state is the addition of nearly 1500 vehicles on the roads of Delhi everyday which only seems to severe the situation. The second reason is that there is no check on the people who keep adding to the population which is already bursting at its seams. Rise in the income of the people has increased their purchasing power to afford this luxury.

People look up to cars as a status symbol in the society due to which they yearn to possess cars so as to show off their wealth.

Nevertheless, people mindlessly disregard traffic rules which not only cause loss to life and property but also are a major reason for the immediate stranding of innumerable cars lined up behind the vehicle. Additionally, stray dog and cattle take refuge in the middle of streets and are found obstructing smooth flow of vehicular traffic.

If we dig deeper into the menace of traffic jams, we will notice that we ourselves are the cause of traffic. We are the traffic. Blaming someone else for traffic congestion will not do. Have you ever noticed that when you come out from a traffic snarl that the problem was probably nothing.

When you expect it to be a major accident, it turns out to be something as minor as a motorist changing lanes so as to go fast but in this bid, he creates problems for the vehicles behind due to the chain reaction which occurs causing slowdown of the multiple vehicles behind the motorist. Also, the condition of the roads should be improved and the pot holes and manholes should be covered so as to avoid any accident or damage because of them.

Our roads have already reached their saturation point where they can accumulate no more traffic than they are already doing. This has given the rise to the need for more roads and better infrastructure facilities in terms of transportation. Not withstanding the fact that traffic police are doing their best to regulate the traffic yet it is almost impossible to do so due to the lack of civic sense instilled in people.

According to a recent study done on happiness, it was noticed that the people who travelled by cars were found to be 74% less happy than the ones who used public conveyance for travelling. This is because of the blaring noise of horns and impatience which causes them to become irritable and annoyed.

Road rage is on the rise these days with people becoming more egoistic and less patient; they don’t take a minute before picking up a fight with anyone. Consequently, road accidents have also been on a rise due to traffic conditions.

If we are really earnest in improving these chaotic conditions, we have to initiate stringent measures and also focus on infrastructure development of our city. First of all, roads should be widened so as to smoothen the flow of traffic. More roads should be built by the government. 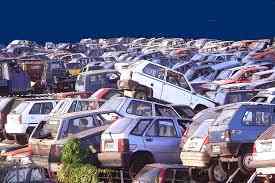 Public transport should be established in a better way. Though the government has gone a long way with the introduction of metro and DTC buses yet the traffic does not seem to lessen. Carpooling with our colleagues, friends or in taxis as well helps a lot in saving time, fuel and cost of maintenance as well.

Traffic laws should be made stringent and violators should be fined so that the menace of traffic snarls can be controlled. Driving under the spell of liquor and usage of cellphones and headphones should be banned so as to stop the creation of any ruckus on our roads.

Another aspect of traffic jams which is unheard of but has gained popularity in the recent times is Air traffic. Air traffic concerns the commotion and movement of aircrafts on the ground levels, while taking and landing flights and when the airplanes are up in the sky.

Air traffic caused by birds flying in that region which can get stuck in the engine of the airplane and conditions can go downhill, risking hundreds of lives on the plane. Air traffic can also be caused due to some other plane passing from that region which might cause collision and lead to catastrophic destruction. Air traffic can be controlled by the use of sophisticated technology and a vigilant staff in the cabin and on the ground level as well.

In surmise, this country will become a happy place to live in if there are less traffic snarls and more patient people. Without these vehicles, which carry human resources, material resources, goods, raw materials and what not; we cannot sustain.

We need vehicles but we also need a patient life without aggression. The fact remains that if on one hand the government is doing its best yet it’s not enough to fulfill our needs.

The youth should step up to solve their problems at the community level so as to give their motherland the fruit of spending hard earned tax payers’ money on them. They should voice the opinion of the nation and get the government to help them in their noble objectives.⁠⁠⁠⁠