All of us love to watch movies. No matter it is Bollywood, Hollywood or Tollywood, every generation loves watching them. There are some movies which people watch again and again. They do not get bored of watching them no matter how many times they have watched it.

Some people watch the movie so many times because they must have liked the story or the emotion they are trying to show the audience. Some of the stories which are shown in the movie are real based, fictional, self creativity, history etc.

There are a few movies which are based on a real incident. Some of the movies which took inspiration from a real incident are Gandhi, Titanic, ABCD 2 (Any Body Can Dance), Final Destination, Bhaag Milkha Bhaag, Mary Kom, No One Killed Jessica, Border, Attacks of 26/11 and many more movies.

The movie ABCD 2 is directed by Remo D’ Souza. He made this film getting inspired by the life of two boys Suresh and Vernon who represented India in World Hip Hop Dance Championship. Their life story has been shown in this movie. At present they are the head of Kings United and V Company respectively.

Similarly, there are a few movies which have been based on what happened years back and they still make people emotional. One such popular movie is Titanic.

This was directed by James Cameron and was released in 1997. This movie is based on a real incident in which the luxury ship hit an iceberg and sank in the year of 1912. The movie has won the hearts of many people. Till today people become emotional when they watch this movie and tears roll down their eyes.

Summary of the Movie

The movie Titanic was released in the year 1997. It was directed and written by James Cameron. The main characters in this movie are Leonardo Di Caprio, Kate Winslet and Billy Zane.  In the movie Titanic, the old Rose is telling the story about the events whatever she remembers while she was on the ship.

So, she decided to jump from the ledge. Jack saw her and saved from giving up her life. When he saved her, their eyes met with each other and at that immediate moment they fell in love with each other. But Rose was engaged to a rich man. His name was Caledon Hockley.

He was ignorant towards Rose. But still jack and Rose continued meeting each other. Rose’s mother did not like that Rose met Jack as he was a poor man. Her mother was just proud of herself as they were rich similar to Caledon. But this did not bother jack and Rose.

Anyhow they always managed to see each other. They spent many amazing moments with each other. One night Jack and Rose went to the lower levels of the ship. They were spending time with each other. Suddenly they saw an iceberg in front of the ship and they informed about it to others. But the ship hit the iceberg.

They could not stop from hitting it because below the sea the iceberg was actually big. This is how the ship started to sink after hitting the iceberg. Slowly water started to enter the ship. Everyone was asked to move towards the upper deck but when the condition became worse people started to choose other options to save the lives. So, first the women and children were being saved.

There were many smaller boats. They were shifted to those smaller boats. Meanwhile, when the condition was worse Rose could not find Jack. She went to look for Jack and found him handcuffed. He was handcuffed because of an evil plan by Caledon. By that time the ship sank more.

Most of the people in the lower deck could not move up and they were stuck there. Anyhow Jack and Rose managed to get to the upper deck. Rose was forced by Caledon to go to the smaller boat. But she was not ready to leave Jack and go. So she jumped back to the sinking ship.

When the ship sank fully, Rose was on a floating door and Jack was freezing in the cold water. But before someone came to help them Jack died and Rose survived.

Rose managed to be one of the survivors. While her fiancé was looking for her she did not go in front of him and managed to hide from him. She did not want to be with him anymore as she lost her true love. This movie keeps moving from present then to the past then future and again back to the same thing.

History of the Actual Incident 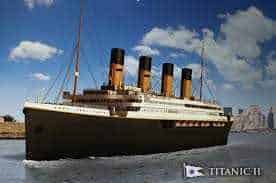 It was the year on 1912. The ship hit the iceberg on the night of 14th April. Looking at the structure of the ship no one expected that the ship would sink after hitting such a big iceberg. Above the sea the iceberg did not look huge, but below the sea it was actually huge. When the crew members of the ship came to know about the iceberg, they tried their level best to turn the ship in order to save the lives of so many people.

But they failed to do so. When the ship hit the iceberg with a bang the ship shook massively. Water started to enter the ship and slowly the ship was sinking into the sea. Meanwhile when this was going the passengers did not have any idea about the ship hitting the iceberg.

But they knew something was wrong. After some time everyone was rushing here and there to save their life. Some of them knew that the ship was going to sink. The crew members sent the news to other neighbouring ships to ask for help. Carpathia received their news and they were ready to help them.

But the condition became worse. By the time Carpathia would reach there would be more problems. So, without wasting any time people were shifted to the life boats. Many of them lost their lives. Only a few of them managed to survive this disaster.

Many people have different opinions about the sinking of the ship. They believe it would be better if the ship collided straight instead of turning the ship.

The effect would be less if the ship was not turned. It is also said that the crew members did not accept that reports from other ships that there would be an iceberg on the way. Their ignorance led to such a big disaster.

Similarities and Difference between the Movie and the Real Incident

There are many differences and similarities between the movie and the real incident that occurred in 1912. The stairs which are shown in the movie are wide. But in the incident they were not so wide. The wider stairs in the movie has been made for an easy shooting of the movie.