Covering more than a fifth of the world’s land mass. In these harsh and barren wastelands, nature endures. People have lived in the desert since time immemorial. Being resilient and resource full they have developed depth spiritual bonds with these arid lands.

The modern world of Commerce and industry has been encroaching on the desert lands claiming its resources and changing the delicate balance of life.

The Thar is known as the land of death it’s full of life and astonishing diversity. Today it’s the most populated desert in the world, home to nearly 30 million people. It covers area of about 77,000 square miles. 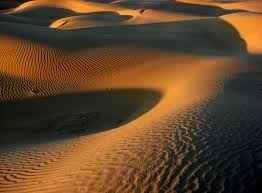 The Thar is situated in the North Western part of the Indian subcontinent forming a natural boundary between India and Pakistan. Almost 75% of the desert lies in India while the remaining 25% is within Pakistan territorial borders.

Within India the Thar Desert extends to the states of Rajasthan, Gujarat, Punjab and Haryana with 60% of the desert accommodating in Rajasthan itself.

The desert is situated between the Aravali Hills in the northeast along the great Rann of Kutch along the coast with the Indus river in the west and the Northwest. The desert Sands are highly mobile and shift from place to place from time to time.

The area receives extremely meager amounts of rainfall the majority of which is because of the only river in the area, the Luni river.

In order to maintain the ecological balance and biodiversity of the flora and fauna of the area the Government of India has taken major steps and has protected various regions of the Thar from the excruciating torment of human exploitation.
Few of the notable protected areas within the desert are:
The desert National Park which includes 44 villages and exotic animals and birds such as the Great Indian Bustard, blackbuck, etc.

Of the 25% land area of the Thar Desert in Pakistan there are protected areas extending to:

The people of the Thar Desert are usually vegetarian in their food habits. There are practical reasons as well as religious reasons to be vegetarian here. One of the staples is buttermilk which the women prepared during the day. Cooking with butter milk and ghee saves precious water during cooking.

To save water further, the dishes are washed with sand instead of water. The women in thar do much more than household chores and childcare. They are responsible for maintaining the fabric of the whole village and they do job which many societies expect the men to undertake.
They even go to salvage firewood because lifetime temperatures in the third can dip just as severely as they sore during the day. 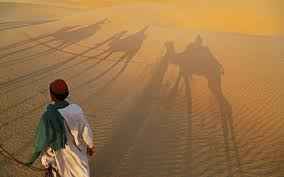 Over the centuries the People’s effort to tame the dessert to make it truly fertile give up against one truly obvious but seemingly inseparable object that is the lack of water.

One particularly severe drought during the beginning of the 20th century brought famine and death.

That experience left an unforgettable experience for the Maharaja of Bikaner.

He resolved that make sure this would never take place again ans his people would never have to face starvation again. As a result of this he has a plan to build a Canal across the desert.

He was of the opinion that the land of the desert was fertile but it is because of the lack of water that the area is barren.

He said to engineer plans to build a well channelizing water from the Sutlej river to the desert in Bikaner. Finally, this thought was made into a reality and a Canal was opened from the success river to Bikaner and was inaugurated by the viceroy of India.

Despite immense opposition from the neighbouring States the people of Bikaner and the Maharaja great acclaim. His dream of irrigating that I was finally shaping into reality.

Mainly kharif crops grow in this region as they can be grown in the summer season. Crops usually include millet based grains like jowar, bajra, ragi, gar, and pulses and also maize, sesame and groundnuts. However, now because of modern irrigation techniques as well as the Indira Gandhi Canal, few rabi crops are also being cultivated here. These crops include – mustard, cumin seeds and other cash crops.

Since than it was mainly arid and Barren land tourism which is one of the major source of income and revenue generation here. People from all over the world come to see this Great Desert where nature and human live in tandem with each other in during the scorching sun in the day and chilly winds in the night.

Being an area devoid of active human settlements quarrying and mining has been one of the oldest Industries here. India has rich deposits of minerals and more importantly various kinds of stones here.

The Taj Mahal was built with the white marble Mind from Makrana in Nagaur district.
Reliance Energy is working on establishing electric power generation true underground gasification techniques with an investment of over 30 billion rupees.

Oil wells are also abundant here and many companies including Oil India Limited have been engaged in petroleum and natural gas extraction since the late 80’s.
The height of Camels is used to make fine leather bags that are being existed all over to the world today.

The Thar is a desert of surprised and incongruity. Canals across sand dunes, rats devoutly honoured in temples. As the cities expand the human pressure on the great Thar Desert increases. Its ancient Treasures crumble. Its villages lose their sheen beast and burdens struggle against the modern world.

But even in its harshest parts the pulse of life still beats strong and the spirit of the teeming desert still survives and thrives. The Thar remains a place of wonder.