The world is undergoing many developments and advancements. Things have changed from the time life first started on this planet.

The world has become advanced in many areas. Every single day on this planet, there is a change or a new discovery or a new invention or a development.

This is in a continuous flow. This is not stopping as the sun sets in every single day. The change and advancement is taking place despite the time and distance.

With the advancement in various areas, things are becoming easy for the humans. Any tough task can be cone in a simpler way without consuming much time.

Earlier because of the lack of facilities and technologies life was extremely difficult. Compared to today, people then had to work very hard and suffer a lot.

This does not mean that today with the advancement in technologies and other areas, people do not work hard. They do work hard but because at present things have become simpler due to advancement and development, their work is easily done.

One big development in the life of humans has been in the field of communication. Earlier people did not even have telephone landline at their houses.

There would be only one telephone booth in the entire locality. During that time getting a telephone line connection itself was difficult. 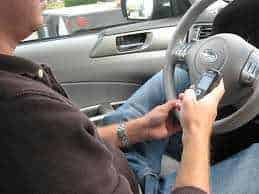 If they would not be able to get a telephone line connection, they would write letters to the person in order to communicate. But that would take a lot of time.

This was a problem if anyone had some sort of emergency. Sometimes people would even travel miles to communicate to someone if they did not have the access to write letters or telephone calls.

Today, people do not have any such problems. A lot of advancement has taken place in the field of communication.

There are telephone towers even in the villages as well. Now even mobile phones have become so cheap that everyone can buy them and use for basic purposes.

The advancement has become a benefit for us but on the other side it has changed our behaviour as well. We have become lazy and our way of communication has changed. Mobile phones are a boon in our life but the addiction towards it has damaged our life.

It is said that too much addiction of anything is not good, whether it is a food, phone, internet, television anything. Too much of anything causes harm to us.

In the present day world, every single person has access to mobile phones. We can see mobile phones in everyone’s hand. Now even children start using them from before itself. At least earlier parents would not give them phones till they passed class ten or twelve.

Now even the school going children have access to phones, laptops, Ipads and other accessories. If they do not get these they stop listening to their parents due to which they are forced to give it to them. Addiction to all these hamper the studies of the children.

They are always involved with their phones and they do not study at all. We also see that the teenagers and the young adult do not want to leave their phones. They stick to them like how iron attracts magnet.

They use their phones everywhere. While walking on the road or driving, eating, watching television and every other place. They concentrate on their phones so much that they do not know anything what is going around them.

This later causes harm to them. Nowadays, very often we see teenagers and some adults using their phones while driving.

Either they will be talking on their phones or texting and driving at the same time. People think only driving after getting drunk is dangerous. But using your phones and driving together is as harmful as driving when one is drunk.

Is it necessary to text while driving?

People want to remain connected with each other always. It does not matter for them even if they are driving on the road. But they do not due to this what the future consequences will be.

For them it is important to text or call the person even while driving. According to me, it is not necessary to text while driving. The other person can wait for you until you are driving.

If it is so important the person who is driving can stop the vehicle on the side and reply to the person. One may feel that it is necessary to reply the person as soon as they text, no matter they are driving or not.

They don’t know that by doing this they are not only harming themselves but putting others in danger as well.

One should not text while driving. If anyone wants to talk, you can keep them waiting for some time. Or else you can tell them from before you are driving.

There are other technologies except texting if one wants to stay connected with other even while driving, instead of texting they can use such technologies.

Consequences of driving and texting 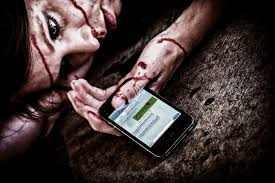 At present day, no one has time for anything. Every single person surviving on this planet is rushing for something.

Some are going school while some are rushing for work. Everyone is in a hurry.

They do not even have the time to talk to their near and dear ones. This is the reason why they choose to talk even while travelling.

But they don’t know the consequences of doing so.

According to some, when a person is drunk and he is driving, it is more dangerous than the person who is texting or speaking on the phone while driving.

Yes, all three of them are dangerous. But in each case things are a little different from each other. When a person is drunk he will be at least aware of people around him. He will try concentrating on the road.

Even though there are chances that there will be some harm, but what matters is that he is aware. With the advancement of technologies now it is not necessary to hold the phone while driving.

Now, a person can place their phones, get their Bluetooth connected or use earphones.

But the volume should be adjusted, so that even while talking they can hear if any vehicle is blowing horn from back or side.

Even though they are talking, their eyes are concentrating on the road while driving. Texting while driving is far more dangerous than this two.

Due to this the person will not be able to balance both and causes harm to either a person walking on the road, bash some other vehicles on the road or hit himself against a tree or pole.

By doing this the person is causing damage not only to himself but others as well.

Actions on texting and driving

In some of the places laws have been made to stop this issue. Some have even banned using cellphones while driving. If caught doing so, they have been asked to pay fine.

Some are still making plans to stop this. But even though actions are been taken to stop this, people still do use their phones while driving. Some of them are even ready to pay the fine every single time.

People should be taught and one should properly understand about this issue. If this problem is solved, it is for the betterment for oneself.

We read about accidents taking place. Most of these accidents occurred because the person was busy using the phone while driving. We have got such a beautiful life from God. We cannot lose our life just because of a small mistake.

No matter the world is rushing somewhere, we should try understanding about this issue. We ourselves should take the initiative to let others know about this issue so that they don’t do this.

We should encourage others to stop from increasing this problem. By doing this we are not only saving our life but others life as well. If this is stopped the number of accidents will become less and many lives will be saved.