In order to have proper healthy life, we need to eat the right type of food and work accordingly. We should follow the food habit and physical work according to our age and body. Looking at others we should not follow them. They might be of different age and have a different physique.

So, we should follow anyone just like that. This is because their food habits and other routine will not suit for our body. Moreover, we should not do anything that will harm our body both physically and internally. We often hear about teenage pregnancy.

But what is teenage pregnancy? Teenage pregnancy happens when girls under the age of twenty get pregnant after the starting of their menstrual cycle. This means that the ones who have not yet reached adulthood are bearing another life in their body by sexual relationship.

What are the causes of teenage pregnancy? 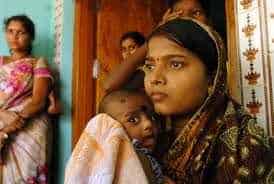 There are various reasons why there is teenage pregnancy. The girl and boy by mistakenly had a sexual relation for once which resulted in the girl getting pregnant. This can happen when the teenagers are engaged in taking drugs and alcohol. Consuming these must have reduced their senses and controlling power and the mistake might have taken place.

They decide this to show that they can do anything and they are too cool with their life. They do not know what will be the future consequences of their decision in this matter. They take such actions without knowing anything. The teenagers might not have to been taught to be disciplined and the right things in life.

It is said that a little knowledge is a dangerous thing. This is proved through this decision of the teenagers. The teenagers might have been subjected to sexual abuse which has resulted in them being pregnant.

What are the effects of teenage pregnancy?

Teenage pregnancy is not good. It is not safe for both the child and the girl. First of all the dangers the girl will face. She has a baby at such an age when she herself is in a developing stage. Her body has not been fully developed. As she is still in the development age, the baby will have problems with the body and might not have good health like how the others are.

Not only this, the body of the girl will not have proper capacity to bear a baby at a developing stage. Moreover, why should one get so pregnant so early? At such a point of time, the girl should study, have fun and enjoy her life. This is not the right time to get pregnant.

Due to less education she will not be able to take care of her child properly. There will be issues if she still continues to study. She will be taunted everywhere for getting pregnant at such an early age. If a girl is getting pregnant but they do not want the child, they will decide to abort. Abortion is not safe too. Later there will be problems and complications for the girl.

I have had friends, cousins and seniors who are an example of teenage pregnancy. One of my classmate got married in the middle of the second year of the college at the age of eighteen. This was a shocking news for all of us. After a few months of her marriage she was pregnant and soon she delivered a baby boy.

If anyone looks at her, no one will believe that she is married and is a mother. Today at the age of twenty she is taking care of her family and her baby when she herself has not become independent and is a college dropout.

Another experience is about my neighbour. When I was in high school, there was a girl of the same age. According to the talks of the elders in our colony, she has a love affair with a boy who was two years elder to her. The girl’s family did not know about this. One day she was caught with the boy by her elder brother. It was found that they had sexual relationship and she was pregnant.

This was the reason their engagement and marriage was done in a hurry. The normal rituals of the church was not followed for their marriage. Everything was done in a shortcut way. No one in our colony expected such behaviour from the girl as she was a disciplined and obedient girl from her childhood.

When I was in ninth standard, one of my senior was in twelve standard in another school. She was seventeen years old that time. By the time she finished with her board exams everyone in her family and the boy’s family came to know about their relationship.

The family tried to separate them but everything failed. Ultimately they had to agree to their relationship. So, after she finished her board exams in a few months she was married to her boyfriend. After six to seven months she was pregnant at the age of eighteen.

But they decided to not to have the child because they were not ready for it and moreover neither the girl nor the boy had safe and secure job. After the abortion, the girl has started to face a lot of health problems and a disturbance in her menstrual cycle.

What must be done to stop teenage pregnancy?

Teenage pregnancy is not at all safe for the baby as well as the girl. There are many harmful consequences of early pregnancy. Neither the mother will have a proper life nor the baby. So, this must be stopped or cases like this must be reduced.

This will help them to follow the right path and not divert in the wrong path. If one has any confusion on topics like this, they should always talk to the people with whom they are comfortable to talk about such topics. There are many causes of teenage pregnancy.

If any teenager if facing that or has become a subject to any of the causes they should ask for help. Teenagers should learn to say no if anyone is forcing for physical relationship. It is the duty of the parents to teach their children the right them and guide them always.

If the parents are there, the teenager will feel confident as he has the support of their parents. Everyone should know the problems which can happen due to teenage pregnancy.

This is not only for the teenagers but their family and alders as well. Topics like these should not be ignored. Neither issues like this should be delayed. If the knowledge is given at the right time then problems will not arise and there will be proper development.