Speech on Tax System is Fair? 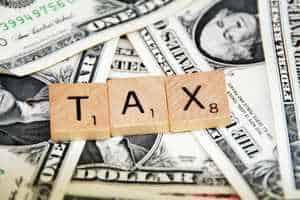 A very good morning to everyone present here. Today, I am about to deliver a speech on the topic of taxes and whether they are fair or not. In my opinion, the system of taxation, in a democracy is an extremely fair and needed practice.

The tax system was in place since the dawn of humanity. Always, there existed groups that had to pay, in some form, some kind of commodity, which equaled a specified amount.  However, this system was highly disorganized and unregulated.

Usually there was a leader of a group of people or community who demanded some kind of tax for the protection of the people of lower ranks within the group or community. This is also till date and has been carried out all throughout time.

The system of Zamindar and Jaghirdar that existed in India, required peasants to pay taxes in the form of their crops they produced. This was used by the rulers to stock up the state granary and failure to do so usually attracted penalties and punishments.

The form of organized taxation system has also been discussed in the religious scriptures like that of Islam and Christianity. However, in today’s world of social democracy, taxes are paid by the people, and are used for the betterment of their own selves.

Without a proper system of taxation, there would be no revenue to fund a centralized consolidated government organization who has funds at disposal for various developmental practices.

Taxes that are paid to the government are used in the replenishment of the public exchequer as well as various government funds like the Consolidated fund of India, the Contingency fund of India, etc. The building up and maintenance of roads, bridges railways, public recreational amenities, like parks and playgrounds require this tax money.

Taxes also are a way to implement the system of checks and balances in an economy so that there is no indiscriminate acquisition of monetary gains. No person in a democratic and socialistic economy should gain so much wealth that they will be able to sway the significant elements of the country.

This is exactly why we need a system of taxation where the rich as well as the poor are taxed as per their income. The amount of tax paid by them is a function of their income. In simple terms, greater a person earns, the greater amount does he pay to the government in the form of taxes.

Taxes also help to identify or mark the legitimacy of a commodity. Any commodity, be it land, food or car, if taxed, comes under the purview of the income tax department of the government and whenever someone purchases it, a certain amount is paid by that person to the government as taxes.

Whenever, there is a product or commodity transferred from a seller to a customer, there is a profit that is earned by the seller. However, if the seller gets to keep all this profit money, then, a situation will once come, when that person will get exponentially rich and will eventually start controlling the market which is detrimental to the idea of a healthy economy.

Today, many such instances are prevalent where the businessmen deal in cash and hide their sales figures from the government by not keeping any record of it.

They neither deposit the cash in bank nor do they use it for large transactions, they hide it and try to launder it through unscrupulous means in an effort to legitimize black money to grey or white forms.

This makes the economy weaker because it leads to uneven distribution of wealth which might give private players the power to control the economy.

However, we should not also be rooting for an aggressive taxation system as existed in soviet Russia where nothing was owned by the people and the Nation State was the sole proprietor of all enterprises.

This, although may sound ideal, leads to large scale corruption within the government officials who get their conscience engulfed with greed because of the large amount of power entrusted upon them.

To conclude, I would like to say that taxation is a noble system and should be followed and adhered to. However, at the same time, the regulating institutions must be strict and must be regularly checked for malicious practices and bribe taking and giving which is prevalent and widespread, usually the transactions involving large sums of money of large corporate houses. Let us make India greater and better by paying our taxes properly and on time.