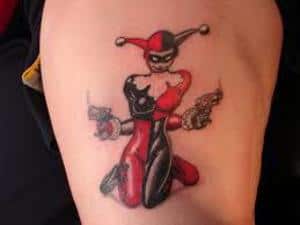 We stay in a world that is getting modernized and advanced every single day of our lives. Every day we come to know about a new thing or changes in the previous one. Everyone tries to learn the new things which are being made in the present day. It is hard to accept a change in our life.

Some of them still stick to the old things while some adapt the modernized things. It is like everyone is trying to become modern with time. This means all are going with the flow of modernization. Whether it is a trend or someone’s culture people too are becoming modernized.

One such trend is getting tattoos on our body. Tattoos existed from before but now there are different types of tattoos. The method of doing tattoo has also changed. These days doing tattoo in the body has become a trend. Almost all the present generation people are getting a tattoo in their body. Some get permission from their parents while some hide and do it. 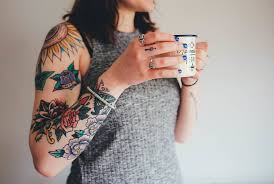 Tattoos are done deep inside our skin. They are markings in which ink is injected into our skin. As the ink is put deep inside the skin, the tattoo becomes permanent. We can get tattoos done temporarily too but that has a different process from the permanent one.

Once the ink is injected into our skin, in the starting it will look like we have got a wound. The wound slowly becomes alright and we can see the proper design of the tattoo. In the starting few days when we get a tattoo, we will be in pain but slowly the pain goes away.

Earlier tattoos were not allowed and not so common. But getting tattoos has become acceptable in many societies. Some people get tattoos for just showing and it looks nice. While some of them get tattoos done to express their emotions. Some of the tattoos are very eye pleasing and amazing.

Getting a tattoo has become popular among the actors, artists and sports players. One should know important things before getting a tattoo. It is necessary to know how much pain the person will undergo, the cost of the tattoo, if the tattoo is good for the skin or not.

People started getting tattoos done in their body from a very long time back. But those days tattoos were completely different compared to how tattoos are done. In some of the tribes and cultures it was a tradition to get a tattoo done. They were either religious ones, for a particular event or for giving respect to someone according to their beliefs. Earlier these tattoos included some writings in a particular language or symbols.

These symbols had some meaning and that is why people used to make them as tattoos. We can still see these traditional tattoos on some of the people. They will have them either on their forehead or wrists. With the passage of time, different styles of tattoos have evolved.

Recently, it was in the news that a tattoo artist  got his eyes inked. It was very scary to see his eyes with a tattoo. The ink was injected in his eyes. This is very dangerous as eyes are a very sensitive part of our body. It can cause many problems later on.

Important things before getting a tattoo 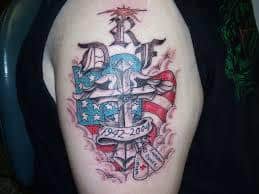 People get tattoos for various reasons. For some culture while for some it is for fun or to show their emotions. But one should keep important things in mind before they go to get their tattoos done. There are chances that a person can get would or infection after getting a tattoo.

Some infections can be very harmful for our health. One should know whether the injection machine that is used for tattooing is clean and safe or not. They should also find out if the right ink or dye is being used in the machine. The tattoo studio where the person is going must be clean and professional one.

One needs to research about the studio and the person who is going to make the tattoo for us. All the necessary equipment’s must be present. All the products that is being used must be new. It is not safe to use the products which have already been used before.

Before one goes to the tattoo studio, he should know all the procedures of how tattooing is done. This help to avoid problems when the tattoo is being made. It is important for the person to know from before how to take care when they get the tattoo on their body.

If they do not know then after they get their tattoo there will be many problems because there are instructions which are to be followed after getting a tattoo.

When a person gets a tattoo done, the ink is put inside which is very deep inside. This makes the tattoo to be permanent until the person wants to get the tattoo removed. The tattoo can be removed but it is very painful because it is a laser procedure.

One can get temporary tattoo as well. They cost less than the permanent ones. The tattoo becomes permanent as it is very deep inside the skin and the cells in our body cannot remove them. But with time there might be problems with the tattoo.

This depends on our body growth. If there is change in our body even physically it will affect the tattoo. There are chances that the tattoos will get faded after one point of time. Sometimes it so happens that the person does not like the tattoo anymore.

It might not be so appealing to them how much it was before. Moreover, some people get tattoos for their lovers. But when if there is any problem in their relationship and they are not together, they will want to remove the tattoo. The tattoo will remind them of the past.

So in that case they need to remove the tattoo. For some getting a tattoo is a trend only for some time. After that they do not have any interest on the tattoo. One can get their tattoo removed by the laser procedure. But the person should be ready a huge amount of pain which they have to face during the laser treatment.

If a person’s tattoo is very big, meaning it covers a larger area of the skin it is very difficult to remove the tattoo. In the laser procedure it is not sure that the entire tattoo will be removed. The person needs to bear the pain and have patience while the laser treatment is going on.

Risks and precautions for tattoos

Getting is a tradition for some while for fun for others. No matter getting a tattoo is common; one should know the risks of getting a tattoo. Even if one gets a tattoo necessary precautions must be followed to avoid further problems. One must know about the pain they are going to face.

They must be ready to take the pain. They should find out whether they are allergic with the ink or dye that is going to be injected inside the skin. If the person gets infection after getting the tattoo they must take immediate medication for it. If the person cannot bear the pain while getting or removing the tattoo it is preferred to not to get the tattoo.

Even after getting a tattoo a person should take precautions with the tattoo. Like when a person gets a tattoo the artist puts a bandage on the hand.

One should know till when they have to use it no matter how much the tattoo is hurting them. It is also said that the fresh tattoos must be kept away from sunlight until the skin becomes normal. It is good to put sunscreen on it. If the precautions are taken properly, getting a tattoo is not so harmful.