Genesis of  the Vision

The following lines present the ideal nationalistic vision of India:

Where the mind is without fear and the head is held high
Where knowledge is free
Where the world has not been broken up into fragments
By narrow domestic walls
Where words come out from the depth of truth
Where tireless striving stretches its arms towards perfection
Where the clear stream of reason has not lost its way
Into the dreary desert sand of dead habit
Where the mind is led forward by thee
Into ever-widening thought and action
Into that heaven of freedom, my Father, let my country awake.

In the above poem by Rabindranath Tagore we can see the nationalist vision of utopian India as liberated, self-sufficient and glorious.

However this dream was not realized even after the British were defeated and had to leave the country, because Indian society was full of evils like untouchability and outdated rituals and superstitions.

To combat this and cleanse the fabric of society Mahatma Gandhi, Father of the Nation advocated sanitation and hygiene. A clean India would be a progressive India.

Physical cleanliness would lead to intellectual godliness because a clean mind could only reside in a clean body. He strongly advocated the cause of sanitation and cleanliness in people’s homes and the society. After all it has been famously said that cleanliness is next to godliness.

“Sanitation is more important than Independence” is what Mahatma Gandhi is believed to have said. His vision has once again been enshrined and revived by the present prime Minister of India Shri Narenda Modi and the Clean India campaign called the “Swachh Bharat Abhiyan” was launched under his initiative.

Swachh Bharat Abhiyan is a national cleanliness and sanitation campaign spearheaded by the Prime Minister and implemented by the Government of India. This campaign encompasses the 4,041 statutory towns and cities in the country.

It undertakes efforts order to clean the roads, streets, public utilities and strengthen the infrastructure of the India. The campaign was officially launched on 2nd October 2014 at Rajghat, New Delhi, by our honourable Prime Minister Shri Narendra Modi.

Urban Development Minister M. Venkaiah Naidu picked up a broom to help clean the cyclone-hit port city of Visakhapatnam in the southern state of Andhra Pradesh, as part of the cleanliness campaign.

It is India’s largest ever cleanliness and sanitation mass movement comprising the active participation of 3 million people including politicians, bureaucrats, film stars, sports celebrities, social workers, government employees, students and people from all walks of life in all parts of India.

This campaign is aimed towards a successful culmination on 2nd October of 2019 which will mark the commemoration of the 150th birth anniversary of Mahatma Gandhi.

The objectives of Swachh Bharat Abhiyan are twofold: hygiene and sanitation. The only means of achieving this dual objective is by reducing or eliminating open defecation in public latrines and tilet pits especially in fields, farms and slums, by constructing closed and collective public toilets.

These can be public lavatories, cluster toilets or even individual washrooms. The government aims to achieve an Open-Defecation Free (ODF) India by 2nd October 2019 by constructing 12 million toilets in rural India itself.

Swachh Bharat Abhiyan is a public movement envisaging the noble and laudable aim of the creation of a sanitized and hygienic India by 2019.

The first time a reference was made to the subject of public defecation in open spaces was when in his Independence Day speech in August 2014, Prime Minister Narendra Modi emphasized upon the need for enclosed and private toilets stating the reality of the average Indian:

Need for the CLEAN INDIA CAMPAIGN

The first cleanliness drive began on 25th  of September 2014. Such a massive campaign was extremely and urgently needed for the country. It is essential to eradicate the practice of open defecation because such a practice is unhygienic and unsafe.

It leads to accumulation of open waste and this causes diseases and epidemics. Women defecating in the open run the risk of being molested and sexually violated. It creates a gender disparity in society. It hinders progress.

Many people are still employed as manual pit scavengers of latrines and this system of open defecation is supporting such a sub-human enterprise. 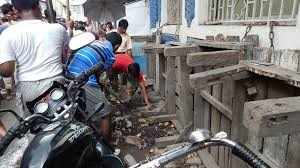 If open toilets are obliterated such practices will also be eradicated and the society will be more civilized and progressive. Through the system of upgrading of sanitation facilities the waste management system can also be updated and upgraded.

Solid municipal wastes can be disposed of in hygienic and scientific ways through the correct system of elimination and disposal. The practice of doing away with open defecation will also ensure a rise in the quality and standard of life, both among the rural and the urban illiterates or semi-literates.

It will bring with it an awareness and concern of their environmental surroundings and the country will benefit from this changed mind set of the people.

Funds for the Campaign

The programme was designed to generate both public support as well as public – private partnership between the Government and important commercial organisations, both nationally and internationally.

This initiative has received financial and technical support from the World Bank and by multinational corporations as part of corporate social responsibility outreach activities.

By the end of May 2015, 14 companies including Tata Consulting Services, Mahindra Group and Rotary International have pledged to construct 3,195 new toilets.

The government provided an incentive of a token sum of money for each toilet constructed by a  family subsisting below the poverty line in India. An amount of ₹90 billion was allocated for the mission in the  Union budget of India in 2016.

The Government of India and the International Monetary Fund signed a US $1.5 billion loan agreement on 30 March 2016 for the Swachh Bharat Abhiyan in order to support India’s universal sanitation mission.

The International Monetary Fund has also committed to providing $25 million as a parallel technical assistance to enhance the capacity of selected states in implementing behavioural change programmes using certain communities as models to promote the extensive usage of closed toilets by rural families despite their prevalent socio-cultural practices till date.

Survey of Sanitation and Cleanliness

To support its vision and the dire need of such an initiative in the country, the Government of India released a Cleanliness Ranking on 15 February 2016. This was called the Swachh Sarvekshan and it ranked 73 cities on the twin parameters of cleanliness and sanitation.

No cause can be espoused without advertising and advocacy. In our country people look up to those in power or glamour. Thus to ensure the pervasiveness of this campaign and to ensure that it reached the common man , on 2nd October 2014, Prime Minister Modi nominated nine people as brand ambassadors for the Swachch Bharat Abhiyaan.

The Prime Minister also nominated a number of organisations, including the Institute of Chartered Accountants of India, Eenadu and India Today as well as the “dabbawala” of Mumbai, who daily deliver home-made food to millions of people working in the city.

In addition to thses people and these organizations, Shri Narendra Modi went on to identify eleven public figures to endorse this campaign.

They are Sachin Tendulkar, former cricketer and sports legend as well as MP, Priyanka Chopra, the accomplished actress of Hindi cinema who has made a name for herself in international cinema, Baba Ramdev, the yoga guru and the spiritual leader who is the pioneer of the yogic cure of diseases and the brain behind the brand of health, wellness and cosmetics Patanjali, Salman Khan, famous Hindi film actor, Shashi Tharoor, writer and politician, Shrimati Mridula Sinha , Governor of Goa, Kamal Hasan, actor of South Indian cinema, Virat Kohli, cricketer of Indian team, MS Dhoni, former captain of the Indian Cricket Team. Shilpa Shetty, actor and owner of IPL teams also joined this initiative later.

All the people of India saw these stars perform roadshows, advertisements, brand messages, and also make personal visits to ill-hygiene and poor sanitation areas in order to galvanise the urban and rural poor to stop open defecation.

The success of the campaign has till date been slow and steady. Nearly 3,183,000 toilets were built across the country. Karnataka had the maximum construction of toilets under the campaign. Till now approximately 8 million toilets have been constructed.

By the end of January 2017, 58 districts in India were ODF and declared to be in consonance with the new parameters of hygiene implemented by the Clean India Campaign.

The national sanitation coverage went up from 42 per cent in 2014 to 65 per cent in 2017. Five states, 149 districts and 2.08 lakh villages have declared Open Defecation Free (ODF) till August 2017. The number of “Swachhagrahi” or cleanliness-eager volunteers working across urban local bodies rose to 20,000, and those working in rural India rose to more than a lakh.

The number of schools with separate toilet facilities for girls rose from 0.4 million (37 per cent) to almost one million (91 per cent). This was an unprecedented and laudable wave of development across the country.

An independent survey conducted  by Quality Council of India in August 2017 showed a significant rise in the overall national rural “household access to toilet” to 62.45 per cent and its usage of 91.29 per cent, with Haryana topping the national ranking with 99 per cent of households in rural areas covered and usage of 100 per cent.

The cleanliness campaign of the nation envisages a coverage of urban areas with almost 1.04 billion households in order to provide them 2.6 million of public toilets, 2.5 million of community toilets together with the solid wastes management in every city and town.

Community toilets have been planned in the residential areas where availability of individual household toilets is difficult and public toilets at specific locations including bus stations, railway stations, tourist spots, markets and highway toll bridges.

The biggest challenge is to convert the habits and mentality of the general public through media exposure and counselling. 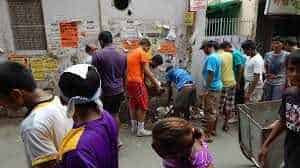 The Gramin Swachh Bharat mission aims to initiate cleanliness and sanitation practices in the rural areas. Apart from prohibiting the practice of open defecation in unsanitary toilets, emphasis is also being laid on converting solid waste into bio-fertilizer and forms of alternate energy.

This rural campaign aims to improve quality of life of people living in the rural and develop environment-friendly methods of sanitation and waste –removal.

The Swachh Bharat Swachh Vidyalaya campaign has been initiated by the Union Ministry of Human Resource Development from 25th  of September 2014 to 31st of October 2014 in the Kendriya Vidyalayas and Navodaya Vidyalya Sangathans. Here an entire campaign on personal, social and environmental cleanliness was presented and related activities organized.

This was done to sensitise the students to the dire need of hygiene and sanitation and how cleanliness is related to a healthy life. The campaign usually involves periodic cleaning of trash and garbage accumulated on the school premises or near it.

This cleaning drive is enthusiastically performed by students, teachers and guardians regularly.

Swachh Bharat Cess is an addition to the service tax by 0.5% and is levied on all the services in India. It was launched by the Finance Ministry to ensure that each Indian citizen can make a small but compulsory contribution towards the cleanliness of his or her country for the Swachh Bharat Abhiyan in order to make it a successful campaign generating its own public funding.

Every Indian has to pay an extra 50 paisa for each 100 rupees spent on services purchased as service tax for this cleanliness campaign.

This is also a responsibility indicator and an awareness alert. Paying for the maintenance of cleanliness is our national duty and this will be exercised with greater effort if we feel the responsibility of having paid for its upkeep.

India is a rich country with an amazing heritage. Yet certain habits and practices have always impeded our development. One such habit has been an aversion to cleanliness.

With the implementation of this Clean India Campaign, one hopes that the country will begin a new chapter on health, hygiene, unity and public responsibility and India will be restored to its former glory once again.