Natural disaster is an unavoidable natural incident that no one can stop from happening. A natural disaster is a major adverse event which occurs due to various natural activities. It occurs naturally and most of the times occur suddenly without any prior warning.

People no matter how much they try cannot predict natural disaster even with all the advance technologies. Few times natural disaster before happening do give some warning but most of the times it does not. It can occur because of many reasons and for no reason as well.

Some examples of natural disasters are earthquake, volcanic eruption, flood, hurricanes, tornadoes etc. Most of the times when natural disaster occurs, it affects the natural habitats of that place heavily including human beings and some times the number of death can be very high too.

Natural disaster can be very vicious and the rate of viciousness depends on what kind of natural disaster it is and how populated the area of incident is with natural habitats.

Let’s take tsunami for example as it was one of the most vicious events that took the life of thousands and more and destroyed almost everything that came in between it and as a matter of fact it was so powerful that almost whole world felt it happening.

Surviving a natural disaster is very harsh and it is not something human beings who are used to the comfort of life can survive easily as it shows the ugly truth about reality in a way. Natural disasters are in no way welcomed anywhere but that doesn’t mean that it doesn’t occur. 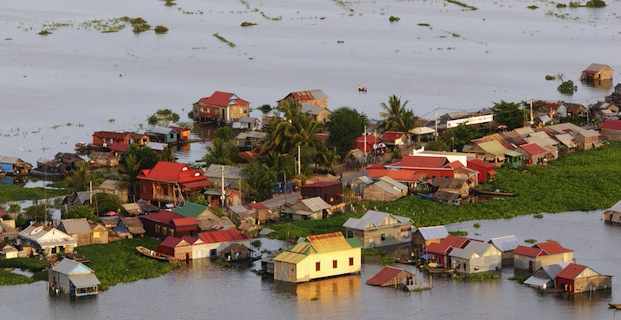 The kind of natural disaster I survived was flood. Compared to the others natural situations, it wasn’t that bad but wasn’t good either. I survived it because at that time I used to live in a village and was somewhat aware of the harshness of the nature but still I wasn’t prepared for it at all.

In fact, I think I survived without too much difficulty because I was a kid then and my family acted as a shield in front of us so that we won’t get too affected by it. However, even with all the shielding, we weren’t really spared from its effect fully.

My village was situated near a branch of the river Mundeshari. It was the rainy season and it was pouring cats and regularly. We haven’t seen the face of sun for two or three days as the situation was that bad. Due to the rain and storm, trees fell on the electric wires and there was no electricity after the first day of the storm.

The river was almost full and was flowing with such speed and sound that it can scare anyone. That day, the rain finally stopped and we can finally see the sun so everyone in the village was happy but who knew that it was the calm before the storm.

That day during night we heard that the nearest dam has released a massive amount of water as the dam overflowed.

The next day I went to see if the river bank is safe or not just out of curiosity and it was fine till then as the water hasn’t reached there yet. However, after a few hours, the riverbank gave out and water started to enter from two sides of the village as the riverbank of a few other places has given out along with ours.

The water was entering the village at an angry space and within a few hours after that the whole village was surrounded with water. Luckily for us, our house was situated at the higher up grounds so the water did not enter our house but the same cannot be said for some of the houses present in the village.

Thankfully no further rainfall occurred after that. That was the only silver lining throughout the whole ordeal. As village people, our houses were well stocked to not worry about food for at least a week.

However, same cannot be said for all the houses as quite a few houses were already under the water and the residents of those house swam to the nearest higher up houses that did not flood with water.

I saw with my own eyes that people who we know were swimming to go to the nearest house after taking whatever they could before their house got flooded.

There were not much casualty of human life but same cannot be said for the animals whose dead bodies were flowing in the water. There were also a few unfortunate people who used to live quite far away and those people took shelter in the nearby large trees.

The villages that got flooded completely lost connection with the outside world and were on their own for the days to come. Fortunately for us, at that time there were radios present in one out of two houses so listening to the news was not a problem for us.

Listening to the news was blessing or curse we cannot say as two days after the flood we heard that the dam released another load of water. At that point of time we lost all hope of the water going down enough to go to the nearest bazaar. 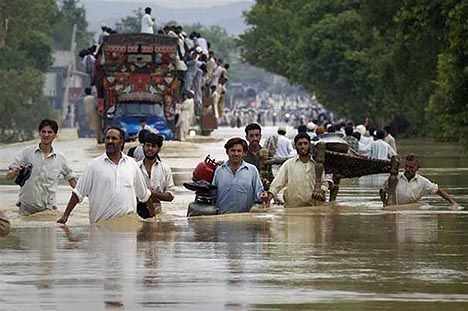 Flood was not uncommon but that was not something any villagers were expecting. We knew at that point that we are going to be stuck for more than one week.

From that point of time the food became a little less than the housewives had to make the ration of one-week work for near about two weeks and then also we cannot be sure that the flood will go down.

I never thought before that time that I will ever go to sleep without a full course meal or have problem of pure water to drink considering the fact that I can see water wherever I look but none of them I could drink.

For the first time I understood the gravity of the situation. Even though I was little, I could sense that the situation in which we were in is not something good.

From that point of time till the flood subsided, I for the first-time witness how hash nature can be and realized that nature can be a loving parent as well as your vicious enemy at any point of time. When the flood finally subsided after around ten days, we could see how much damage it did.

The water had gotten rotten by that time due to the fact that many animals died and decayed in that water only so the water was kind of poisonous for animals at that point of time. Everywhere I looked, I saw only destruction and felt really bad as a situation like that no child should ever witness.

I after that realized that natural disaster can happen at any time and can cause a huge amount of destruction in the blink of an eye. Because of the destruction that I have seen, I can safely say that it affects the children’s mentality the most and no children should ever go through that.