If I Were a Superhero Essay for Children (600 Words) 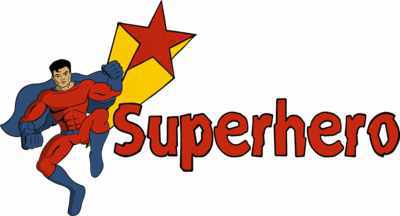 There are many super heroes prevailing in the world like Superman, Batman, Spider Man, Thor, Hal Jorden, Wonder Woman, Captain America, Wally West, Mr. Fantastic, Invisible Woman, Wolverine, Iron Man, Super Girl, Hercules and many more. The child, teenager or adult would always think of powers like they see in the movies and have perceptions like:

If I was a Super Hero, I would have powers of flying and be around people to help them and be saving to everyone and look alike. I would be having no specific uniform or if there is than it would be as simple as school uniform. I would have gone to the Island to spend time alone-away from everyone in peace.

Some people only focus to help others and if they were superhero, they would have the ability to heal the illness of the world with the help of music and rescue people from death.

They would also cure the diseases like Aids, cancer, tumor and many other harmful diseases and not to pay the millions of rupees to the hospitals, especially for the poor families.

If I were having super powers I would turn myself into a super hero. I would not be a super villain whose only purpose is to hurt people and take over the world. I do not want the responsibility to rule people like a King but want to prevail democracy in the world because it’s not my cup of tea. If I were a Super Hero, I would have eliminated the Dharma and the varieties of castes prevailing in the world.

If I was a Super Hero, I would have changed the constitution of India to a better one and the major focus will be on the rapist. He would be given direct death and no imprisonment for life. The super hero will be having ability to fight crime and rescue all the criminals around the world to bring peace and harmony in the whole world.

I would also choose super speed faster than the bullet so that no one can shoot me and I would reach the places not in minutes but in seconds. These powers would help me to fight many people at a time and to fight in various angles to gain victory.

Last but not the least, I would purely want to be a child again who would never grow up and enjoy the childhood till end of the life…