Subhash Chandra Bose is a very important person in the history of our country. He is regarded as a hero for his sacrifices during India’s struggle to gain independence from the Britishers.

He was called as Netaji because he made and led the INA (Indian National Army) when India was struggling for independence.

Bose has been honoured with Bharat Ratna Award. It is the highest civilian award of India. But it was withdrawn due to some reasons. One can see the statue of Netaji at West Bengal Legislative Assembly.

Not only this, we can even find his photos in the Indian Parliament. In the present day, many writers and filmmakers have included Netaji in their works.

This can be seen in many books and films. Some of his quotes and beliefs have become very famous. He believed that a person’s enemy’s enemy will be called as his friend. He did not like and support the non-violence method of Gandhiji.

He felt it was necessary to have arms in order to fight against the Britishers and get independence. He focused on the industrialization of the country.

He followed the plans of Soviet Union for India’s economic growth. He was against the superiority of racism. He really liked the ideas of facism.

Some of his sayings or slogans are: “Give me blood and I will give you freedom”. “One individual may die for an idea, but that idea will, after his death, incarnate itself in a thousand lives”.

“Freedom is not given, it is taken”. “It is our duty to pay for our liberty with our own blood.

The freedom that we shall win through our sacrifice and exertions, we shall be able to preserve with our own strength”. Out of all these the most famous one is- “Give me blood and I will give you freedom”.

In Hindi this saying means- “Tum mujhe khoon doh and meh tumhe azadi doonga”. The youth and some people have been really inspired by some of the quotes of Netaji.

They admire Netaji Subhash Chandra Bose for his leadership skills. No matter his own association members did not support his methods, he never lost hope to fight against the Britishers.

Netaji took birth in the city of Cuttack, Orissa on January 23 in the year 1897. His father’s name was Janakinath Bose and his mother’s name was Prabhavati Devi.

Janakinath and Prabhavati had fourteen children out which there were eight sons and six girls.

He was the ninth child from the fourteen children of the couple. Even his father Janakinath was famous. He was one of the successful lawyers from Cuttack.

Janakinath Bose is called as Rai Bahadur. Later he was a part of the Bengal Legislative Council.

He was a very good student in his childhood. He got second position in his board exams. In order to do further studies he joined Presidency College in 1911.

One of his professors whose name was Oaten had given some comments on anti-Indi. Due to this Bose had beaten him.

This behaviour of Bose resulted in him being thrown out of the college. After this he joined Scottish Church College which was under the University of Calcutta.

He completed his graduation in 1918 with a BA degree in Philosophy. 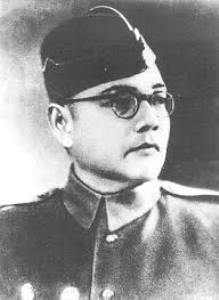 Swami Vivekananda’s teachings inspired Bose and when he was a student Bose was known to be very enthusiastic about patriotism.

This is the reason why he attacked his professor in Presidency College. Bose’s father’s wish was that Bose should became a civil servant.

Due to his good results, he was offered a good job in the civil service department. But Bose had no interest in this field.

He did not work there for very long and left the job. He was interested in the fight for the country’s freedom.

This is why he did not want to work for the British. He returned to India and contributed for the freedom struggle by joining the Indian National Congress.

He introduced a new newspaper with the name Swaraj. He also was responsible for the publicity work by the Bengal Provincial Congress Committee.

Soon, Bose became the President of All India Youth Congress and also the Secretary of Bengal State Congress in the year 1923. Bose was achieving success everywhere.

He went on to become the editor of the “Forward”. Chittaranjan Das founded this newspaper. Later on, he also became Calcutta Municipal Corporation’s CEO.

The Britishers did not like the attitude and contribution of Netaji Subhash Chandra Bose’s for the freedom struggle for India. Due to this he was sent to Mandalay and put in prison in the year 1925.

He suffered from tuberculosis in the prison. Later in 1927 he was released from the prison and became the General Secretary of the Congress.

He started to work with Pandit Jawaharlal Nehru. He was sent to prison again because he was involved in the Civil Disobedience Movement.

When he was in the prison, he became the Mayor of Calcutta. He was released from the prison but again due to some of his involvement he was arrested.

During the 1930s he travelled all over Europe. He stayed in Ireland, Switzerland, Austria, Italy and Germany. When he was in Berlin, he met an Austrian woman.

Her name was Emily Schenki. Both of them fell in love each other and got married in 1937 with a Hindu ceremony. A daughter was born to them in 1942 and they named her Anita Bose Pfaff. Bose returned to India in 1943.

Netaji’s career was with the Indian National Congress and Indian National Army. But he used to be leaders in other places as well. He started a newspaper and even became the editor of another newspaper.

Bose became a member of the Indian National Congress under Chittaranjan Das’ guidance.

But slowly there were problems between him and other members of the association. Due to which he was removed from the position of President.

After Netaji formed the Indian National Army to fight against the British Government he inspired the people of Japan a lot.

Due to the Imperial Japan’s help to the army, INA was able to fight against the Britishers. It was because of this Andaman and Nicobar islands got independence.

No one has been able to solve the controversy about the death of Netaji Subhash Chandra Bose. But what most people say and believe is his death in Taiwan.

It was the 18th of August in the year 1945. He was flying to Bangkok in the Japanese Army Air Force whose name was Mitsubishi Ki-21 bomber.

When he was flying to Russia the engine of the Japanese Army Air Force started to have some trouble. This resulted in the crashing of the engine at Taipen in Taiwan.

Due to the accident Bose got many injuries and was burnt very badly.

He could not survive the accident even though he was taken to the nearby hospital. He died after the accident. His death ceremonies took place at Nishi Honganji Temple in Taihoku.

Afterwards his ashes were kept at the Renkoji Temple which was in Tokyo, Japan.

No people were ready to believe that Netaji had died. Many investigations were done to find out about the death of Netaji Subhash Chandra Bose.

There are very interesting facts about Bose which can be inspiring for all of us. When he finished his graduation with a degree in Philosophy he got first class in the examination.

Even though he got a good job in the Indian Civil Department in England after clearing the examination with good marks, he left the job in order to help his nation to fight for freedom. Bose became a leader in many associations. 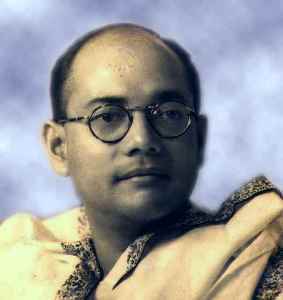 When he became the President of the Congress in 1938 and 1939, he was removed from this position.

This was because there were problems between him and Mohandas Karamchand Gandhi and other officials.

He has been imprisoned eleven times in different jails because of his beliefs and contribution for the country’s independence.

Bose did not support Gandhiji’s methods of non-violence to get independence. He supported violence.

This was the reason why there were problems between them when he was the President of the Congress in 1938 and 1939.

Bose kept travelling to many places so that it was easy for him to form different alliances with each of them and attack the Britishers in India.

This is how he formed the INA (Indian National Army) with the help of Imperial Japan. INA is also known as Azad Hind Fauj.

This army included the Indian prisoners who fought in war and various plantation workers from Singapore, British Malaya and many other places from Southeast Asia.

He used this army to fight against the British government. The Imperial Japan helped him with military, money, diplomats and politically. This army helped Andaman and Nicobar Islands to get independence.

The Japan Prime Minister Abe in 2007 visited India. He went to Netaji’s memorial hall in Kolkata.

He told his family that his citizens have been greatly inspired by the strong will of Netaji Subhash Chandra Bose to fight against the Britishers to achieve independence.

He introduced his army’s radio station, i.e., Azad Hind in Germany. He was inspired by the teachings of Bhagvad Gita and Swami Vivekananda.

Most of his beliefs and thoughts have come from Swami Vivekananda’s teachings.