Strikes means a group of people come together, stop their work or if they are against some order and sit down at a place or hold rallies to protest again someone.

The people refuse to do their work at this time because of some order taken by the higher authority.

They might have held the strike because the order taken is causing problems to them. It can also happen that the order has been taken against them.

Sometimes if the workers feel that the company is not giving them enough wages as promised or there are decisions being taken which is not good for them, they hold strikes.

These are a few examples of strikes.

Effect of strikes on people 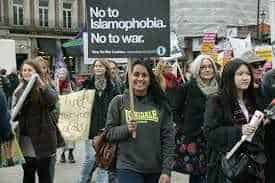 Strikes have become very common. People try to change the orders, decisions and other actions by holding strikes and protesting against them.

They think that if they hold strikes, everything will take place according to what they want.

They do not think what will be the consequences of strike on the common people.

Sometimes holding strikes does work out, but maximum times the common people are affected by these strikes.

The daily life of common people gets hampered. From a school child to every adult person who goes to work, everyone’s life gets disturbed due to strikes.

For them it becomes a big problem because a single day of strike stops their earning. Some of them even make targets for completing their work.

Due to strike their target cannot be completed and their work is delayed.

For people who get huge profits by running their business every single day, holding strikes stops the flowing of income in their business. They are at a loss because of the strike.

People do not get their goods on time especially who run their own business. If the strike is for a longer period of time, then the sellers increase the price of their good.

They do this because the supply of goods has been stopped due to strike. In order to manage the loss, they increase the price.

During strikes most of the schools remain closed. But the ones that are opened but some students cannot go school because of strike it is a loss for them.

They are behind the other students of the class regarding the studies. Sometimes, strikes are held during their examination.

Then the exam gets postponed and the students are at loss. For some of them they would get more time to study.

While for others, they would have to study the entire thing again. Some examinations which take place only once, students writing these exams would be at a loss because of strike.

People cannot go anywhere even if they have work because there will not be any transport available.

Sometimes during strike, the people harm the private vehicles as well. So, it is better to stay inside the house during such times.

This is a very important question which needs to be answered. According to me, holding a strike is fine till it is peaceful and it does not hamper the common people’s life.

For example: in most of the places bus drivers face a lot of problems. If they hold strikes so that their problems are solved, then it is important to hold strikes.

Most of the time, due to strike there is violence and destruction everywhere.

They should not do this. The shopkeeper did not do anything against them. He was just doing his daily work. So, they cannot harm him.

People fight against each other and many times most of them are even hurt and injured.

If the violence goes out of control, there is chaos in all the places. The armed forces or the police forces have to come to control them. After this more destruction is caused.

People who hold strikes must think if the strike will really be useful. They should not harm other people. They should be clear what is the purpose of holding the strike.

They need to think about their demands and about the common people as well. They cannot harm others for their own purpose.

I have been born and brought in such a place where strikes were very common at that time. People would hold strikes for very small arguments too.

As a child, I would get very excited what would people do during strikes. During strikes most of the transport, shops, schools and offices would be closed.

So, I used to think then that if we go out will the people holding the strike kill us or beat us up? Will they harm us too despite we are supporting them or not? So many thoughts would keep running on my head.

But being a child, we always wanted holidays and break from school. If there was any strike, we would get holiday which made us very happy.

This made us wish for strike always. But we would get holiday during strike only if it was serious and there would be no transport to go to school.

Other times if the government was against the strike or if there were enough means of transport, it was compulsory to go to school. But people who stayed far could not go to school that day.

After I finished my tenth standard I had to change my school because there was no eleventh and twelfth standards. So, I took admission in Army Public School which was six kilometers from my home.

Every day my father would drop me to school and while coming back I had to walk or come in a private bus. This school did not give any holiday during strikes.

We thought that the army people are not afraid of anyone and that is the reason why we still have to go to school during strikes.

They would be happy because during strikes there would be very less students and the teacher would not teach much but give us free time instead.

After school was over, there would be no transport so we had to walk in the scorching heat back to home. But walking and returning home with friends would be fun.

Once there was a strike between two union parties. Every single shop was closed that day and not a single vehicle was plying on the road.

My father wanted to know what was the state of the strike and if the strike was serious or not. He went along with one of his friend.

Even I wanted to accompany him, but he did not allow. I could just wait for him to come back and tell me what the condition at the place of strike was.

It was almost two hours my father had gone out from home. I was curious so kept on asking my mother even though she was ignoring my silly questions.

I could not even call my father and his friend because neither of them took their phones. I was getting worried but mother kept on telling me do not worry, he will come back.

I started to think why is father taking so much time to come back. Did anything happen to him?

Finally, after four hours he came back home. I was angry on him and asked him why he took so much time to come back. Why didn’t he take his phone?

He apologized for returning home late and then told me that he had gone to another friend’s house.

I became angrier and told him at least he could have informed that he was going to someone else’s house. He said sorry again. Then, we went back to continue with our household work.