Steve Jobs (1955-2011) was one of the most ground-breaking figures the world of technology has ever witnessed.

He is most well known to be the co-founder of the company Apple, which brought about a revolution in the digital world by introducing gadgets such as the iPod, iPhone, and the iPad and making such electronic devices a household thing in the years to come.

Jobs also transformed the animation industry through his company Pixar. Moreover, he set an example of where true talent and dedication can take a person and how one can leave a mark in innovations forever. This essay will trace the life and works of Steve Jobs in brief.

Steve Jobs was born to Joanne Schiable and John Jandali. However, at the time when he was conceived, Joanna and John were unmarried and not in a position to settle down in their lives as they were recent graduates from Wisconsin. 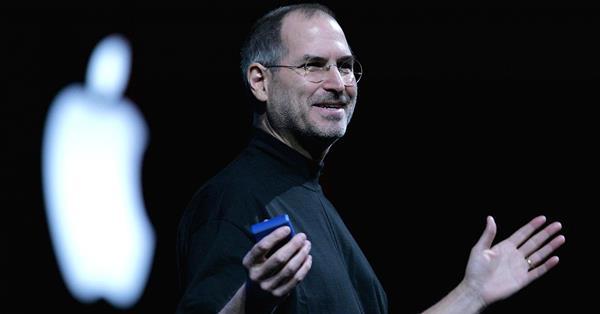 Thus, Jobs was born out of wedlock, and was given up for adoption soon after he was born. However, surprisingly, his parents got married just a few months after his birth and later went to have another child called Mona Simpson.

Joanne was a speech therapist, whereas John was a professor of political science, and was of Syrian nationality.

Later on, in his life, when he was around 27-28 years of age, Jobs came to know about the true identity of his parents.

He was adopted by a family who gave him their name- Jobs- and his adopted parents were called Paul and Clara Jobs.

While his mother worked as an accountant, his father was a machinist and initially inspired Jobs to take up electronics work and also helped to build his confidence.

In this way, Paul ignited the inquisitive spark in Steve’s mind at a very young age, and this went a long way in the establishment of his professional career.

Clara also played an important and formative role during the early years of Steve’s life.

Steve was an intelligent and bright student, but he did not adhere to the textbook definitions of an achiever or a ‘topper’.

In fact, there is a story which says that he was such a notorious student during his initial years at the school; he had to be actually bribed by a teacher in his fourth grade to sit down and study.

However, in spite of all such troubles, he finished his high school with a decent result as soon afterwards, joined the Reed College, which is associated in Portland (in the district of Oregon).

But the typical college life did not attract him at all and he dropped out of college only six months after joining.

Following this, he took several independent and varied classes, out of which he had stated to have enjoyed calligraphy especially, as per an interview.

He also explored various trivial jobs in his youth, and traveled to different places, including India. His trip to this country was said to have been for the purpose of attaining spiritual enlightenment.

Steve Jobs found Apple Computers along with Steve Wozniak. They had met each other while attending the University of California, and became really good friends.

This friendship soon turned into one of the most successful professional partnerships in the history of technology.

Apparently, their friendship was based on their mutual love for and understanding of electronics. The iconic company Apple was formed in a garage, when Jobs was merely 21 years old.

This took place in the year of 1976. Who would predict from this that it would go on to be the major pioneer in its field? 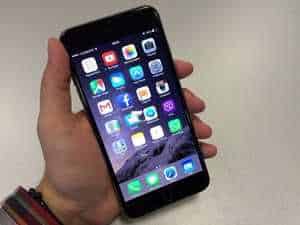 Apple, at that point of time, wanted to focus and specialize on making unconventional machines which were small, inexpensive, and easier to use.

The focus was also on making such machines affordable and accessible to the common public.

Their first project was to work on user friendly computers, which eventually gave birth to many of our beloved device- the Mac Book, although that was not what the earlier models were known as.

Jobs started his work for marketing of these computers at the same time, and the first models were priced at $666.66.

However, the road ahead was not very smooth, and the sudden rise of IBM proved to be one of the major obstacles on the path of Apple’s success.

Even their new products started demonstrating certain flaws, and the company faced a huge setback. The Macintosh was released by Apple in the year of 1984. This was followed by the bitter event of Jobs being compelled to leave the company.

Jobs went on to form a company on his own, called the NeXT Inc. This way, he concentrated on creating, marketing, and selling operating systems.

This company was eventually bought and owned by the Apple itself, thus uniting the creator and the creation once again.

In the next few years, with Jobs revolutionizing the way one looked at communication and entertaining, Apple really gained momentum as it went on to launch products like Mac Book Air, iPod, and iPhone.

This changed the definitions of what a phone can do, and ever since, numerous phones are banking on the same features and only trying to better them with every new model that comes out in the market.

Therefore, the foundation for the Smartphone generation was laid by none other than Steve Jobs.

For all of us who are fans of animation movies, Pixar must be a very familiar name. In the year of 1986, Pixar Animation Studios were purchased by Jobs, from G. Lucas.

This studio has gifted film buffs incredible films, the most renowned of them being Toy Story and Finding Nemo. Walt Disney and Pixar merged in 2006 and have been working together ever since to produce better films for the lovers of animation.

There are quite a number of books and movies released which have been based on the life of Steve Jobs.

Some of the most noteworthy films among these are Jobs, released in 2013, starring Ashton Kutcher; and Danny Boyle’s film Steve Jobs (2015), which stars Michael Fassbender.

The most prominent biographical literary work is that by Walter Isaacson, which was authorized as well.

In October, 2011, Jobs passed away. This news, albeit shocking, did not arrive as a sudden blow to his admirers as he had been suffering from the fatal disease of cancer for almost a decade.

A few months before his death, he had unveiled the iPad and tasted huge success for the same.

Thus, even after his neuro-endocrine tumour was diagnosed, he did not give up on his work but went on pursuing it with equal passion.

This proves his dedication and integrity as a person as well as a great inventor.

The last speech delivered by him is still very popular among the youth and continues to inspire an entire generation. His last words were said to be- “OH WOW! OH WOW!”

Steve Jobs will forever remain one of the brightest minds of the twentieth century, as we continue to cherish his creations and his ideals.

In spite of his early and unfortunate demise, he shall always stay alive in our minds, as we all motivate ourselves through his famous quote: “Stay hungry, stay foolish!”