“Smoking kills and if you are killed you have lost a very important part of your life”.

Smoking is a practice where a substance is being burnt and the smoke from it is breathed in and is absorbed by the blood stream of human. Smoking is bad for one’s health and even for those who are nearby them at the time of smoking. There are so many side effects that can damage and even kill one’s body.

It also has dangerous effects on body, the lungs of the person and makes it difficult for the person to breathe. Cigarette contains so many chemicals which consist of cancer causing compounds also.

The cigarette consists of tar, nicotine and carbon monoxide, as well as so many other components Nicotine is very highly addictive and tar is the most dangerous compound for one’s health, tar is able to penetrate into your lungs, where it can do even much more damage.

Its immediate effects on health are damage to your lungs that results in coughing and shortness of breath (or tightness in the chest).

Smoking kills has resulted around death of 6 million people every year and costs the world more than $1 trillion a year for health care expenses a report says.

Some policies to control tobacco should be made so as not only to reduce the risk of diseases like cancer but also to increase country’s economy which is invested for citizens health by the government.

“The tobacco have an impact on country’s economy, and the general public is very huge, as this new report shows,” says WHO’s assistant director-general.

But smoking is no longer an economic issue, this is a health issue!

The health issues are not just for those who smoke but it is ruining the lives of others who are present there. Smoking should be at least banned in the public areas in order to prevent health issues to not smokers or second-hand smoking. 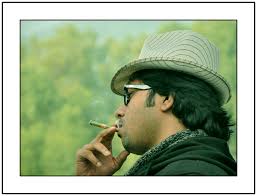 As we already know that “Smoking is injurious to health“

If the people in the public place want to damage their body then we can’t help it, but it should not affect at least others bodies who are near to them.

A ban on a smoking opponent may simply say, “Work somewhere without smoke,” yet I would argue that your insistence on smoking in public is not as important as that employee’s health and livelihood.

Smokers’ who are an unwillingness to control their urges for smoking should not force other people to change their jobs in the name of personal health and welfare.

For the prevention of smoke, we should follow some steps

Promote the bad effects of smoking everywhere as smoking has increased in today’s era and this is leading to not only the bad effect on people’s health but also on the economic development of one’s country.

So,  “Quit Smoking and Stay Healthy and Happy”.