“Build the future you envision, for your creation will one day live up to inspire others to the idea and hard work put in to achieve that pedestal of what we call a SMART CITY.”

A smart city is a technologically equipped city with sophisticated equipment’s and infrastructure so as to serve the citizens in a better and a convenient manner. The concept of Smart city was coined towards the end of the 20th century when the world was just stepping into a digital era; an era of advancement.

Since then, this vision has been gaining popularity by leaps and bounds among the governments of the world who aim to make their cities smart as well as green to achieve sustainable development.

Smart cities are characterized by numerous features but according to me what is most important is a progressive mindset, irrespective of any bias or prejudice.

Only when we broaden our horizons to accommodate all faiths and views around us so as to articulate a peaceful environment, the city will itself become smart in no time as people become more focused and happy in a stress-free and violence-free environment.

Happiness index of the city also tends to rise when people become tolerant due to increase in personal satisfaction. 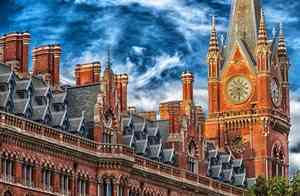 For a city to be enlisted as a `Smart` one, it should at least have basic civic amenities like clean drinking water and continuous supply of electricity, which sadly is a problem in many cities even new. Smart cities require smart planning to get started with.

The city should be mapped out and with the help of architects and technicians; developments in infrastructure and public amenities should be carried out keeping in mind the resurrection of nature.

Climatic change is one of the most worrying issues we are currently faced with. In the race of development, care for nature is left behind. Carbon dioxide emission must be reduced in the times to come. Cities are responsible for almost three-fourths of green-house gases produced worldwide. Thus, being major polluters they are called upon to provide solutions as well.

Cities are known to use up a lot of electricity and raw material to meet their day to day operations. Thus, they are expected to shift focus from non renewable sources of energy to renewable sources of energy so as to conserve thermal energy. Cities like Delhi and Chennai which receive a lot of sunlight should work on efficient use of sunlight to generate electricity.

Smart cities are bound to revolutionize the transport and communication facilities so as to provide smooth flow of networking on both roads and mobile networks. Better ways to manage traffic should be devised through advancements in technique, infrastructure and research and developments.

Education and health sectors should be prioritized. The entire education system prevalent should be scrapped and an innovative, books-free, children-friendly system should be adopted so as to ensure all-round growth of children.

Advancements in the health sector goes a long way in increasing the average life expectancy, boosting the health index of the population and increasing productivity of goods and services .

Government should also work on getting almost all its data and processes online so as to gives a whole new dimension to the term e-governance. This will ensure convenience to the public and the government as well. Moreover, this will ensure transparency and corruption can also be checked easily.

A smart city is the need of the hour today. Nonetheless, a smart city projects an image of development in front of domestic and foreign public.

The investments made to develop state of the art infrastructure bears fruit in short term, in the form of increased incomes i.e. GDP and in the long run, it increases the skill of human and material resource.

Also, a smart city is expected to take into consideration social and environmental benefit as well. This helps in the protection of the environment and conservation of our resources as well.

The government, in 2016 launched the SMART Cities mission at a budget of Rs. 98,000 crores with an objective of up gradation of urban areas and retrofitting program. The mission aims to develop 100 cities all over the country making them citizen friendly and sustainable. Financial aids will be given by the central and the state government to the cities or the territories nominated.

This mission is expected to show results by 2022. What is different about this scheme is, core competency. Earlier, when schemes were implemented, funds used to be allotted but people did not work on using those funds efficiently so no development was visible to the naked eyes.

But this scheme makes cities compete with one another to take hold of the financial grant and acquire the status of smart city. This ensured that even when the funds are allotted, work is being carried out at an ideal-pace without any wastage of time and funds.

But with smart city comes smart responsibilities on smart citizen. Before the introduction of this concept of smart city, people should be made aware of the project and its meaning so as to equip them with latest technology. Without the cooperation of citizens, a city can never become smart.

But the catch here is that the concept of Indian smart city seems to create very expensive and localized development, with concentration only on core infrastructure with limited citizen engagement.

Also, when we read about the ‘Smart cities mission’ on the government’s portal, they introduce the subject as ‘….there is no way of defining a smart city…..’ and ‘……a smart city might mean different things to different people…..’

This ambiguity in the mission is terrifying as one can clearly see that it can potentially develop into a major loophole which will let officials get away from the jurisdiction for non-compliance.

Without a standard definition or a guide to follow, the success of this mission is impossible because without a definite goal, no mission can ever be accomplished.

As of now, this mission stands on dangerous grounds. Though it seems like that the government is working hard to bring about a transformation yet we cannot envision a smart city before us due to the vagaries involved.

Keeping apart the limitations of the project, this scheme is beneficial for the development of nation and will set the pace of economic and social growth as well.