Which is the smallest river in India?

Arvari River is the smallest river of India. The river flows through the state of Rajasthan. The district of Alwar in Rajasthan gets good supply of the river water. 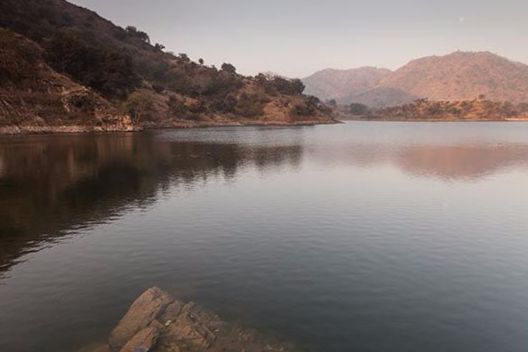 The river flows for about 90 kilometers through the district of Alwar in Rajasthan.

It is believed that the locals were a majority of vegetarians and fishing was not a very thriving business in the area. But seeing commercial benefits of the fishing trade, the government sought many sanctions together hat totally destroyed the water quality.

One could see the flow of muddy waters from the river and knew once for all, that the water had become totally devoid of its original quality and the situation worsened till the river waters totally dried up.

It was in 1985, under the capable leadership of Shri. Rajendra Prasad popularly called the ‘Waterman of India’ that the vision to give re-birth to the dead Arvari river was taken up seriously.

Small check dams were built in the vicinity of the river bed that had dried up so much that the lake bed was a total parched area of dry land and nothing more.

Many water dams and springs were brought together by people led by their leader Rajendra Prasad, without realizing the good work they were doing.

To their surprise, in the year 1990, after a dry 60 years, water started springing out from the river beds, properly channelized from these small clear dams built to revive the river water.

Naturally, the flow of the water increased and people jumped with joy. The true and sincere efforts of their leader were paid off.

He had done a tremendous amount of social work to help the village with natural river waters. During the early fishing trade days, the river was converted into a muddy pool.

Now the water was flowing crystal clear and the villagers could see a difference in the water quality.

The revival of the river water was so plenty and abundant that there was no dearth of river water even in summer. The summer days no longer seemed to be difficult for the villagers as they had plenty of river water to their rescue.

People understood the good work done by their leader and appreciated him for his contribution. What seemed impossible in the last 60 years finally took shape and the river waters started flowing like never before.

Role of community in handling the issue of Arvari River

When the water started flowing in the now-revived river, people started fearing the shadows of the past. The fishing trade that flourished and finally gave a death blow to the river haunted people, and they could see the government eyeing the waters for a prosperous trade.

It was the people who came together and created their own water parliament that constituted its own laws and did not let any outsider to interfere in matters of the river water.

This is an excellent example of contribution of people, assuming themselves to be a part of the larger community to work together for a cause.

They formed their own tribunal which mainly had participants from over 72 villages, all of them joining hands and standing strong against those willing to revolt against them in the river issue.

The river parliament which the villagers created by forming their own community had created around 11 rules giving primary focus and importance to the river water for villagers’ purposes.

The river water couldn’t be untouched by any other person apart from the participants of the community and this organization became so strong that the whole country stood up to recognize the efforts of their great work.

In the year 2000, the President of India, Late. Shri K.R. Narayanan visited the region of Arvari basin to take stock of the good work done by the community. Rajendra Prasad received the ‘Nobel Prize for water’ in the year 2015 in recognition of the astounding efforts and great social cause he had rendered.

What message do we draw from the case of Arvari river water?

We see that the district of Alwar in Rajasthan is a less known, countryside place which is far away from the ins and outs of our technology driven world.

Today we see that technology rules the world, but we surely can see a different scenario out here. People here, mainly villagers, aren’t thoroughly educated nor do they have a worldly sense of the latest advancements in science and technology. They were true to their roots. They were sincere in their work.

They followed their leader. They used simple check dams and constructed them in thousands to revive the river water.

They did not give up in their efforts, thinking they were doing something useless which got them no true benefits. They believed their leader. They held his words in high importance. They all gave it a good try and saw the results in front of their eyes.

Again it was community participation and the good unity of people brought together awareness amongst themselves about the need to revive the river waters.

The efforts that they put in took colorful results in front of them. It was not just the efforts of one or two persons. They were backed by a true leader and people in thousands stood strong to make the project work. It wasn’t a small achievement.

Giving re-birth to a river by community participation and achieving the impossible was a great feat in itself. Framing good laws to protect the river waters was the next step they had to undertake and the river parliament has made strict regulations in this regard.