A shopkeeper, in a layman’s language is a seller of goods and services. He provides items of an economic value in exchange for its value in terms of money or some other universally accepted medium of exchange.

Without shopkeepers, no economy can take a proper shape. Without them, the economy will come to a standstill because it is the demand and supply of goods and services by the shopkeepers that regulates the economy.

In the modern economy it is not necessary for the seller to have a physical presence.

Shopkeeper can basically operate from the comfort of their homes just by establishing a network for their goods to reach the customer. But not every seller of goods and services is a shopkeeper.

What distinguishes a shopkeeper, your need to have a place is physical presence from where you market your goods and services.

A shopkeeper should be able to interact real time with the customer so as to fulfill his demands. But today, the face of shop keeping has acquired new meanings as well with the introduction of malls and self-service outlets in our economy.

But the traditional basis remains the same. A small shopkeeper selling some everyday groceries and a big outlet of Zara are regardless of their size, shops headed by shopkeepers.

The name ‘shopkeeper’ acquires a new name there like a manager, director but his duties, nevertheless, remains more or less the same. 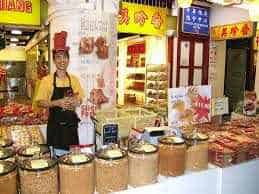 A shopkeeper has some duties towards the society he lives in and the customer in general.

Since a shopkeeper, uses a society’s resources indirectly for the production of an item and also uses society as on outlet to earn for the services he renders.

Thus he owes to the society and hence should amuse his responsibilities accordingly.

He should make sure that his product delivers value to the society.

The price of the product should not be looted appropriately. The products should be free from any adulteration and should not be harmful for consumption.

They should not pollute environment and take care that the production should not cause any harm to the society in general.

Also the shopkeeper should make sure that all the consumer grievances are being heard regarding the items sold by him and the consumer should not face any inconvenience.

The product should be in a working condition and the shopkeeper should make sure that the consumers are not cheated for their money.

He should rather cut his cost; maintain his quality, to deliver value to the society. Instead of inflating prices, he should invent methods to increase profits.

If I would have been a shopkeeper

It would give me immense happiness to sit all day in midst of s many toys. This way, I would be able to reminisce all my childhood memories.

And most of all, it would be amazing to see the happy smile that clouds a child’s face when they get their hands on their favorite toy.

Parents walk in with children with all their hearts poured in the smile of their beautiful children.

I have seen parents uncomfortably squirming when their lots of demands something out of their comfort zone, they try persuading their children but eventually give in to their demands.

It is heartening to see them do everything in their power just for their children. Even when they are running out of monthly budget, they do not flinch from providing their children what they want.

I feel extremely elated interacting with so many children and their parents on daily basis. It makes my day to see the smiles on the faces of children.

On receiving their favourite toy, their face lights up at the speed of lightening and all they can think about is playing with the toy.

But particularly one incident is etched deep into my mind. It was a bright day and the winds were howling all over the place.

My shop is fully air conditioned and is covered by a plastic sheet in the front which keeps in the cooling sensation. It was afternoon time and loo was blowing all over the place.

The weather had become really arid. Amidst all this, I noticed a really haggard and tired looking child standing in front of my shop.

His clothes were torn and his hair was ruffled and all dirty. He was gazing at the toys very intently. It filled my heart with extreme remorse to see the condition of the child.

He kept gazing at the toys very intently. Pity filled my heart and I called him to me. I brought him inside the shop and gave him some water to drink.

At first, he didn’t answer and was too reluctant to even talk. But when I coaxed him a little into saying something, he replied by saying that death was better than wallowing in misery.

I was surprised to see such words coming out of such a tiny tot. He told me that he had been abused for years together.

His father was an abusive drunkard and beat his mother. I could see that all this had taken toll on the beautiful child in front of me.

He was totally neglected by his parents in their grudges. He was malnourished and improperly fed.

I gave him something to eat and a toy as well. I then handed him over to an NGO which I trusted to improve his condition.

Such type of incidents show that till date child abuse is a major problem in our country.

I feel extremely honored to be a shopkeeper who serves kids in the utmost gracious and loving manner.