Sexual harassment is not just a term. It’s a whole phenomenon in itself. At times, it unfolds all at once or else it takes time. It is a much-debated topic in current times. What we need to realize is that mere discussions will not help alone.

We need to understand the depth of the topic and consider its complications; only then can we go ahead and place our respective views on it. Another angle that will be taken up in this essay is the society’s take on sexual harassment. We will discuss the views of Indian society as well as the western, so called ‘modern’ societies.

Sexual harassment is not a topic of this generation. It has existed and sadly, survived through the older generations. Earlier people considered it shameful to talk about it and would not bring it out in public spaces.

But now we have popular organisations, student groups and therapists discuss this motion out in open. It is not about the dimensions that you see in this issue. It is about the wholesome picture that it presents to you, whether you can grasp the concept as a whole or are you just clinging on to certain aspects of it.

Indian society often shuns the discussion on sexual harassment and embarrasses the victim. Well, the word ‘victim’ too puts the harassed in the weak position and brings out the idea of ‘damage has been done’. This further perpetrates a guilt feeling in the person who is harassed and makes them think that ‘they’ should have been more careful.

We need to understand that the words used by a society to describe the harassed person are often very harsh and crude. They are not at all sensitive towards the feelings of that person and do not even consider being gentle towards them. Harassed people are often treated as if they are offenders and have committed some crime.

The view that sexual harassment brings embarrassment to the harassed and that they should not voice it, needs to be done away with. We need to construct a more holistic approach towards this problem and bring out the fearful aspect of it.

The impacts of sexual harassment on the person who is harassed cannot be measured. The damage done, has not only been physical. It is mentally torturing for someone to have borne the pain and not been able to share with anyone. They cannot talk about it to people and this empowers the felon even more. 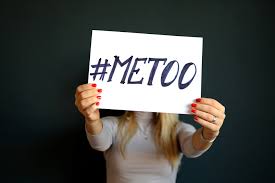 The effect of harassment has been medically observed to be depression, loss of self-esteem and self-confidence, loss of concentration, feeling of constant sickness in the stomach, unwillingness to do any chores, etc. It perpetrates a feeling of disgust for one’s own body, in the victim.

They lose their sense of dignity and look down upon their own selves. All this results in the willingness of the person to commit suicide, as they see no way out of it. All this because society shuns them and gives them no dignitary place.

This was the view on how Indian society treats its sexual harassment victims. Not just Indian actually but also Pakistan, Bangladesh, Afghanistan and a few more Asian nations. Contrasting this with the modern developed western worlds, do we see a very different image then the one we have already discussed about.

The western societies are more open about the claims to sexual harassment and they deal with it in a much more mature manner. There is a whole system and procedures in place which are activated when such a case comes up.

The famous cases of sexual harassment on Senator Bob Packwood and Six-year-old v. Brockton, Massachusetts School District; were dealt with in an appropriate manner. As a result of their act, in the former case the senator faced resignation from his post.

Latter case resulted in the school revising its sexual harassment policy. These cases, if compared to the Indian cases will make us realise how India took so long to come up with ‘Vishaka Guidelines’. Even though we had complaints regarding sexual harassment where former Punjab Director General of Police, KPS Gill was accused of harassing a senior IPS Officer in 1988.

From then till now, where we have heard of Ashok Kumar Ganguly, a former Supreme Court judge and Tarun Tejpal, chief editor of Tehelka magazine; we have had several cases of sexual harassment.

It took 20 years for the Indian judiciary to come up with laws to protect women from sexual harassment. Vishakha guidelines were taken as a law in 2013 which stood against harassment of women in workplace. What is astounding about this law is that it raises more questions than it answers.

Does this law not consider harassment at home or in any public domain to be equivalent to harassment in place? Does it not believe that even men can be victims of sexual harassment? Is it compulsorily going to be a woman who will be assaulted in India? These are the questions which have arisen in response to the vishakha guidelines, which too could not deliver justice to Bhanwari Devi’s rape case.

Nowadays we have many NGOs and university cells which are spreading awareness on sexual harassment and encouraging people to fight and speak up against it.

The recent Facebook campaign of ‘#MeToo’ also focuses on the aspect of trying to make people come out in open about their hidden fears of being judged because they were assaulted. This campaign took wings in a few days and many tweets and Facebook posts started to talk explicitly of how and where people were harassed.

Incident of sexual harassment don’t contain themselves to any particular age group. There are cases of harassment filed on behalf of juvenile girls in India, by their parents. From the age of three to seventy-two, we have had cases of women being harassed and exploited.

Age is not a factor which provokes such incidents, as claimed by many. How sexually developed is a three-year-old girl to be raped? what pleasure will anyone get by sexually abusing a seventy-two-year-old woman?

Often in India it is claimed that women are raped cause of their eating habits and because they put on denims. Well these notions are the most ridiculous ones for anyone to believe. There are people who wear denims and skirts every day and have not been raped whereas women in saree have also faced assault in India.

What dressing culture are our political leaders then talking about? Do they fail to look beyond the chains of culture and religion? Seems like, yes. They will do whatever that helps their vote bank politics. They fail to analyse the case in a proper manner and come up with bizarre conclusions.

What really causes the harassment cases to increase is the thinking and the perspectives that Indians hold towards each other, specially towards women. They need to consider women as equals and not as a subordinate gender, who is born to serve them.

The objectification of women in Bollywood also gives a lead to criminals who commit such crimes. Our song lyrics portray women in a very helpless manner and as enjoyable objects.

This change can happen only if people are educated to realise that the offender should be guilty and not the victim. Knowledge alone, via schooling or by campaigns of various human rights activists, can help them to rise above their current perspectives and treat women in a more equivalent manner.

Initiative has been taken by someone already but we still need to pitch in our effort and make the change. It will not happen overnight. The efforts will take time to materialize but that does not mean we should stop making the effort.