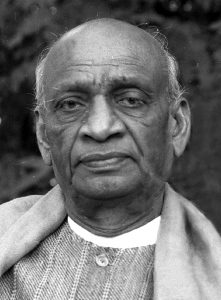 Vallabhbhai Jhaverbhai Patel, also referred to as Sardar Patel, was born into a land-owning family in Nadiad, Gujarat. His matriculation certificate stated that he was born on 31 October 1875. He was a popular statesman, barrister, and leader of the Indian National Congress. After India got independence, he has served in several respected government positions.

Sardar Vallabhbhai Patel was raised in a traditional Hindu household. He attended a primary school in Karamasad and later went on to study in a high school in Petlad. He got married when he was 16 years old.

Patel passed an examination that enabled him to practise law, and in 1900 he set up a district pleader office in Godhra. His precision in identifying crucial evidence in complicated cases and ability to challenge police witnesses set him apart from the other lawyers during his time.

Sardar Patel went to London in 1910 to study at Middle Temple and enhance his career. He returned to India in 1913 and settled in Ahmedabad, thereafter. Patel went on to become one of the most distinguished barristers in criminal law at that time. He was not an active participant in political activities till 1917.

In 1917, Sardar Vallabhbhai Patel was deeply influenced by the principles of Mahatma Gandhi. He resolved to support Gandhi in the Indian struggle for independence.

He was a prominent member of the Gujarat Club, excelling in bridge championships there. After he decided to follow in the footsteps of Gandhi, he changed his appearance and way of life. He also quit the Gujarat Club and focussed his energy on the Indian independence movement.

Sardar Vallabhbhai Patel was a chief architect of India’s independence struggle. He also sorted out post-partition problems and assisted in the rehabilitation of refugees with courage and conviction. His efforts in providing a strong administrative base to the Indian democracy will always be remembered.

This year, the Indian Railways has dedicated a Jan Shatabdi Express to honour Sardar Vallabhbhai Patel on his birth anniversary. The train will run on the Muzzaffarpur-Ahemdabad-Muzaffarpur route. 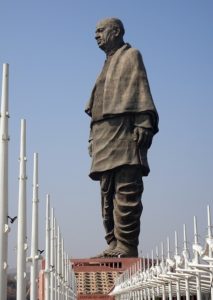 Sardar Vallabhbhai Patel, the first home minister of free India, was born on 31 October 1875 in a Gujarati family. Because of his strong will-power and capacity to take firm decisions, he was known as the ‘IRON MAN OF INDIA’.

After his schooling, he proceeded to England for higher studies. There he studied law and returned to India as a barrister. His excellent work in this field made him famous in Gujarat. Patel was deeply influenced by Gandhiji and entered active politics in 1917.

He had great sympathy for the peasants of India. Patel is also known as the hero of Bardoli Satyagraha. The people of Bardoli were very poor. They could not bear the increase in taxes mandated by the government. So he launched this Satyagraha for their cause.

Sardar Patel was imprisoned by the British government on several occasions as he was an active participant in civil disobedience movements led by Gandhi.

He maintained law and order during the riots that had erupted soon after the partition.

Sardar Patel’s biggest achievement was his encouragement to the kings of more than 500 states to give up their sovereignty. He merged the princely states into the Indian union in a peaceful manner.

His service to the nation will always be remembered. Patel died in the year 1950. With his passing away, the country lost an unparalleled leader.

Image by Bishnu Sarangi from Pixabay