Constitution of India guarantees under article 16, equality of opportunity to all its citizens. And, to realize this promise enshrined in the constitution, a set of ‘affirmative actions’ that is, policies of reservation were initiated long back by the government, to ensure ‘inclusive growth’ of the country and society as well.

These actions were intended to address and compensate for the historic oppression, inequality and discrimination faced by the members of downtrodden sections of society; Scheduled Casts (SC) and Scheduled Tribes (ST), who were left far behind in the development both socially and economically, resulting out of prevalent caste system in the society.

Scope of reservation in India

Originally, the constitution of India provided for reservation to the SCs and STs only, but over the years, this category of reservation has been expanded, to accommodate more such communities, like Other Backward Castes (OBC) under which some sections of Muslim population are also covered, to ensure more level playing field.

Additionally, to examine and subsequently enhance the reservation quota, governments at the centre post-independence, have constituted various commissions and committees.

Some of the important of them being;

Reservation in the present context

Initially, the constitution laid down 12.5% and 5% quota of seats to be reserved in government-aided educational institutes, and job vacancies in the government/public sector for the candidates of SC and ST respectively, for a period of five years, after which it has to be reviewed thoroughly before further extension. This scheme was subsequently enhanced in 1970 to 15% for SC and 7.5% for ST. 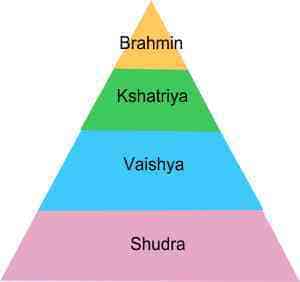 Although the reservation policies were introduced in the country by our forefathers as a protective measure, backed by a noble cause, but it’s a harsh reality that over the years it has got associated with vote bank politics very closely.

As a result, the subsequent governments and the parliament of India have been routinely extending its duration and quota, without any fair revision of this scheme.

Only after the Supreme Court of India’s ruling, in the famous Mandal Commission case, 1992, that total quota of reservation should not exceed 50%, and the CREAMY LAYER should be excluded from this list of reservation, the percentage of quota has been fixed since then.

But still, some of the state governments keep on playing with quota percentage rules, by way of enacting laws to nullify this ruling of the Supreme Court, and placing them under Ninth Schedule of the constitution to protect it from judicial review. Like, the Tamil Nadu Reservation Act, 1994, provided for 69% reservation in the state, and Rajasthan, which proposed 68% reservation.

Furthermore, there have been constant demands from various sections of societies too, favoring their inclusion in OBC quota, most recent of them being, the Jat agitation in Haryana and Rajasthan and Patidar movement in Gujarat.

Politics of Reservation: Good or Bad

After the initial allotment of reservation quotas in education and jobs during 1950’s, subsequent governments, suffering from politics of vote bank and appeasement, kept on finding ways to increase the percentage and scope of reservation without even assessing its results, weather good or bad, till date.

This tendency in Indian politics has done more harm than good, to the rich social and cultural fabric of our society. This shouldn’t be implied as if the scheme of reservation is bad in toto.

But, before extending its implementation again and again, a thorough revision and brainstorming considering the results achieved so far, is highly anticipated.

For this to happen, our policymakers and bureaucrats needs in-depth and substantial discussions and debates over the sensitive and far-reaching topics involved; merit, motivation as well as equality in the society and opportunity.

The issue of reservation, ever since it came into existence, has remained a cause of disagreement among reserved and un-reserved sections of society.

Where on the one hand, un-reserved sections keep on opposing it on the strong basis that it tend to compromise merit, and discouraging the talented from striving towards excellence in fields of profession and education both; on the other hand the most neediest from among the reserved segments are hardly aware, till date, of the very existence of such provisions, and how to get benefited from them.

On the contrary, the creamy layer in these segments is enjoying the privileges provided within. And, political factions are supporting them to strengthen their vote bank.

Reservation policy, as long as it is used for the elevation of downtrodden by way of positive discrimination, is good. But, when it tends to ensure privileges for some at the cost of others for short-lived narrow political ends, as it is in the present time, it becomes a matter of serious concern.

Therefore, its shortcomings must be rectified as soon as possible to deliver its benefits down to the bottom of society, where it exactly supposed to reach, to save our intricately build diverse social and cultural fabric. Because this very diversity brings strength to the country