Sri Ramakrishna Paramahamsa was a well known saint of the 19th century. He was a great devotee of Goddess Kali and he served as the priest at Kali temple.

Though he was born in a very poor Brahmin family, his spiritual connections were at another level and his preaching mainly deal with the connection of man with the lord. He was born on 18th February, 1836 at Calcutta.

Ramakrishna’s greatest disciple was Swami Vivekananda. He started the Ramakrishna Ashram in his guru’s name which has headquarters at Belur Math.

Ramakrishna Maths across India upholds the principle preached and practiced by Ramakrishna Paramahamsa. He speaks of spiritual connection with god in all his teachings and literature.

Later when she entered adulthood, she too began practising Ramakrishna Paramahamsa’s spiritual practices and followed in his footsteps.

Ramakrishna Paramahamsa was a great devotee of goddess Kali and considered her to be mother of the entire universe. His preaching and spiritual entices speak of the connection man is supposed to find with god. But sadly many humans do not relate to this connection. 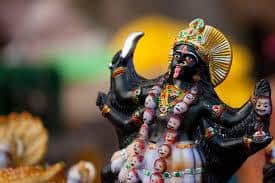 They rather disbelieve in the presence of god himself. He stressed upon the fact that a man with no devotion or attachment towards god is like a lamp without oil.

If there is no guiding force to show man the correct path on which he must walk, he is bound to take the wrong paths and may not reach his destination at all.

He once said that the actual aim of human life is to find his connection with god and lead life in his service. To understand the inner truths of most of his teachings, it requires another or higher level of spiritual connection with the lord.

To experience his teachings, a higher level of spiritual knowledge was required and spiritual enlightenment could be reached only by knowing upper levels of spiritual attainment.

It was a much needed call for people at a time when every other group in the country wanted to come up with its own religious faith and if not for Ramakrishna Paramahamsa; our country would have seen nearly uncountable faiths and religious less than one big frame of our nation.

So Ramakrishna Paramahamsa was a guiding light in the spiritual journey of the nation and held many beliefs close to the nature of god.

Ramakrishna Paramahamsa saw people emerging with their own belief systems and neither of them was able to see and visualize the journey they were actually meant for.

Instead, each one wanted to have a torch of his own, throwing his own light to illuminate and create a personal path of his own. In this case every human would have built his own faith and established his own religion to seek God.

The bigger message Ramakrishna Paramahamsa conveyed to the society was thus. We all see god in many different forms and mistake that there are many gods to guide us through our lives.

Men thought they were reaching different gods by following different paths but the truth was otherwise. Ramakrishna Paramahamsa worked on changing this belief from the root itself. He wanted to change the society and bring in a spiritual touch within the people.

What he actually meant by spiritual awakening was, following righteousness in life, staying true to oneself, doing deeds that brought us closer to god, and most of all being sincere and faithful in our journey called life. We have all been sent on earth for some purpose.

To realize this purpose, we must attach ourselves in the faith of god. We must believe in the path we choose. Our faiths should not act as a hindrance to other faith systems. If we are sincere and faithful in our paths, we will surely seek truth on our chosen path.

The ultimate destination of all paths is to reach god definitely, one and only god, which men should experience in the work they do.

A lamp cannot burn without oil and in the same way, men cannot lead lives without being guided by god, this was the principle Ramakrishna Paramahamsa tried to establish through his teachings.

He began to experience god at a totally different level in many situations. There were many instances where he chanced upon a trance kind of silence, where he was totally in silence and one with god, totally unaware with the happenings of the outside world.

People rubbed them off as just another unusual incident, but Ramakrishna Paramahamsa knew what he was going through himself and has collected all of these experiences in his many writings.

Importance of the Day

The day is celebrated with much grandeur at all branches of Ramakrishna Math across India. Spiritual discourses, lectures, speeches on the life of Ramakrishna Paramahamsa, etc. go on for several days starting from the day Ramakrishna Jayanti begins.

The day also commemorates the great contribution of Ramakrishna Paramahamsa to the society and special puja and rituals are carried out in his name.

Eminent speakers from various corners of the world deliver lectures and spread Ramakrishna Paramahamsa’s words to the common man. People are made aware of spiritual awakening and leading life by giving a spiritual touch from within.

Not only this, the day also celebrates the contributions of Sharada Devi, the religious counterpart and wife of Ramakrishna Paramahamsa.

The greatest disciple of Ramakrishna Paramahamsa, Swami Vivekananda is also remembered on the occasion and the day marks a huge day for people to awaken their spiritual connections and beliefs.

Ramakrishna Paramahamsa showed society the way to come out of their shells and think about the bigger picture in life.

He made people realize the real and underlying goal in life which was to attain unity with God and offer services to God. He believed in living a simple life and probably the most humble saint our country has ever witnessed.

A life led with a deeper understanding and meaning of the actual purpose in life leads one to think of the right things to do and live righteously.

When Ramakrishna Paramahamsa talked about all religions sharing the same underlying message of attaining the same destination, people started understanding their true goals.

The misunderstanding that one religion was superior to another one was totally false and all of them were only different paths to reach the same destination was up held by Sri.

Ramakrishna Paramahamsa alone.  In fact, people had to think at a very higher level and reach an upper level of learning to understand his teachings.

Not only did they require higher levels of understanding the worldly matters but also told the world to give importance to things that were not materialistic in nature.

Materialistic things brought temporary happiness to man, but permanent happiness could only be achieved with spiritual connection.

Man could attain peace of mind and harmony within himself by connecting himself with God, trying to talk to God, establishing a strong relationship to be able to communicate with God. Man could seek answers for his prayers by seeking solace under him.

Preaching what he practices, Ramakrishna Paramahamsa set forth a very good example for the society, which was very necessary at that time.

People were being carried away by various non-realistic factors and it was only through Ramakrishna Paramahamsa’s teachings that the society was streamlined and made to think on spiritual lines and that which brought happiness in a much bigger frame.

Even today people visit Ramakrishna Maths across India and meditate and find peace of mind at their various centers.

People get influenced by their immense spiritual writings and change their own thinking and ways of living.

It’s not modernity that creates an image of a person, but a deeper understanding of one’s existence that brings true charm on a person’s face and the awakening required for achieving that can be easily understood by Ramakrishna Paramahamsa’s words.