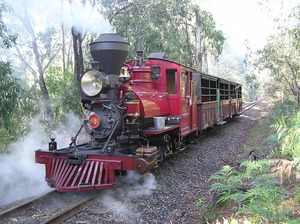 Railways are everywhere. For a middle class person it is the best medium to travel across the country. Railways are the lifeline of country and talking about India, it is the most important part of everyday routine. It can be metro railway, tram system or super fast or express trains.

Indian Railway is the fourth largest network in the world taking 8 billion passengers and carries around 1 billion tons of freight annually. It is the eighth biggest employer in the world which has the revenue of around US$ 25 billion.

India has some of the most unforgettable and spectacular rail journeys in the world. There is no alternative of railways to enjoy cities, regional areas and coastal towns in your own best comfort.

It was a 14-carriage train which was hauled by 3 steam locomotives that were Sindh, Sahib and Sultan. Indian railway built for 3 kinds of railway network as broad gauge, meter gauge and narrow gauge, among which broad gauge dominates in order to travel longer distances whereas small networks are covered by narrow or meter gauge.

Till early 19th century railways was using steam or diesel locomotives, and then in 1925 first passenger train ran between Kurla and Victoria Terminal which was fully electric. Since then the advancement never stopped in Indian Railways. IR declared that by 2022 entire railway network will get electrified.

In 1996, Indian railway has started its own developed online booking system which helps millions of passengers to make their ticket booking hassle free and without standing in line. Nowadays you can book flight also, for big groups you can book whole coach also.

Online system made life very easy as there is no intermediate to which you have to give black money to get ticket confirmed. IRCTC is a journey planner which helps to decide you the best option among multiple trains covering same route.

Everyone loves outing. It can be in other country, state or nearby cities. Railways are the best option because it is cheap and comfortable and most promising for long journeys. Journeys are of two types either it can be continuous journey of break journey.

Railway journeys are memorable but can be breathe taking also. As when your train is moving in rainy seasons then it becomes memorable but it becomes miserable in same rain if it moves with number of stoppages. Sun rises as a spark in the sky. Sun sets like it is meeting to earth.

Kids look outside their windows from which they can see trees, buildings, pillars, towers running in opposite direction.

I want to share one of my journeys. It was the month of June; I was going from Pune to Trivendrum. It was a remarkable journey because we use to live in central India and now we got chance to explore south India. Our train was Garib Rath Express which usually covers the total distance of 1500 km in 27 hours.

It was the longest journey I ever made; Train started at 6:00 pm and we reached Madgaon, Goa in midnight. It was raining and we were enjoying it. Rain droplets were slipping down over our window.

In morning we reached Karnataka and our actual journey started, we were in totally different area. Coconut trees were everywhere along with small huts. It was the sun who was shining bright in the sky along with clouds.

While entering the Kerala it again started raining till we reached Trivendrum. I really enjoyed the journey but on other hand one of my friend was not used to travel such long distances as a result his body doesn’t adjusted with the journey and he felt sick.

So, sometimes you can’t express the enjoyment or the fear while traveling on train. Someone likes the train sounds as music to their ears and some feel uncomfortable while hearing it like noise.

Railways are trying to improve their coaches and try to make it friendlier in order to develop faith among passengers.

I must say you should try once your journey in train, to feel some difference apart from road transport or air transport. You will feel better while sitting or roaming inside the coaches.

You become familiar to different people who are travelling along with you because you never get a chance to speak to someone either in bus or in plane.