The act of prostitution basically means to offer sexual services provided in order to gain monetary or other benefits in kind, in exchange of the same.

The word is generally used with a negative connotation presently, but this certainly has not always been the case. If we are to analyse etymologically, then the origin of the word ‘prostitution’ can be traced way back to the Latin word ‘prostituta’.

The actual meaning of this word has been debated upon, but the usual consensus points at the combination of ‘pro’ and ‘stature’- which can be translated as ‘to place forward’, or ‘to cause to stand’. 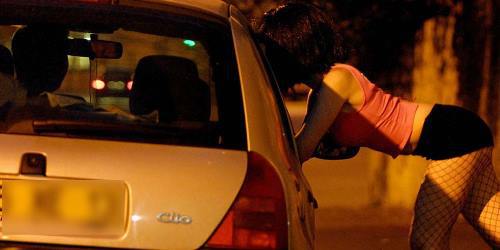 But in the modern scenario, prostitution is often considered to be violence against women, and can take many different forms- physical, digital, etc.

Examples of the same will include pornographic acts, pole dancing, and other such instances. Whether prostitution should be legalised or not is an important and controversial question in many of the developing nations today.

Prostitution can inevitably be the cause and the effect of human trafficking and sex slavery, and therefore it is also a really grave issue which we shall necessarily look into.

Prostitution is present in almost all the historical accounts of different civilizations, all across the world. For instance, prostitution is evidently a part of the civilizations which had thrived in the ancient east, ancient Greece, Rome, and in Asian and Hebrew culture.

This can be proven through the presence of various shrines or temples dedicated to certain deities, which had evidences of some sort of sacred prostitution. This is an example of how prostitution was viewed differently in the past than it is now, commonly.

In the code of the famous Babylonian emperor Hammurabi, there existed certain provisions which upheld the rights and liberties of sex workers, who can be seen as prostitutes.

There are also instances of keeping records of and registrations for prostitutes in ancient Roman culture, as has been displayed by certain remaining found in Pompeii. Other marked instances were found in the countries like Greece, Japan, and India (the Mughal tradition of having tawaifs).

It is well inscribed in the Urdu literature as well as in the well-known Geisha tradition of Japan and its surrounding nations.

Over the middle ages, this tradition saw some changes, as the terms used to define a prostitute started to become more and more ambiguous and abstract; although, in spite of the same, certain legislative provisions are found scattered over the historical remnants of this period.

However, by the time of the advent of the sixteenth century, prostitution was being treated with a stiffer attitude and certain restrictions were started to be imposed accordingly.

The following can be said to be the main categories of prostitution as it is being practiced in the present world- brothels, escort services (male and female), street prostitution, sex tourism, and virtual prostitution (mostly in digitalised forms of sex).

Brothels: these are specific establishments or settlements dedicated to mass scale prostitution, and are frequently referred to as the infamous ‘red light areas’.

Escort services: these are services where sexual partners can be escorted at one’s will in exchange of payments and the sexual acts often take place at rented hotel rooms or other such settlements. Prostituted who function through escort services are often referred to as call girls and gigolos.

Street prostitution: this is a form of prostitution where prostitutes wait for customers whom they approach at certain street corners.

Sex tourism: these occur through organised trips solely for the purpose of one’s indulgence in various sexual activities.

In all of its essence, legal perspectives regarding prostitution include the following areas of concern- victim hood, ethics, freedom of choice, and whether it causes any benefit or harm to the society.

This has both advantages and disadvantages- for example, some experts on this matter say that because women (or men) choose sex work freely and on their own, there is no harm in giving their professional an official recognition.

On the other hand, it is also arguing upon that since prostitution inevitably brings upon whoever engages in it some sort of sexual violence, it cannot be necessarily legalised.

Also, one cannot possibly overlook the probable health hazards which prostitution can cause, especially several sexually transmissible diseases (for example, HIV and AIDS).

This adds on to the argument of prostitution not being legalised. The question of morality is also important in this context and should also be examined if we are to make sense of the matter completely.

The main concern which arises out of the socio-economic perspectives regarding prostitution is child prostitution. According to a recent survey conducted, it has been discovered that over 45 percent of all prostitutes in our country are underage and this poses a grave threat to the sustainable development of an entire generation.

The fact that survival has become so important among the underprivileged and they need to resort to prostitution for the sake of the same is an important consequence of one of the most pressing questions- population explosion.

Since we do not have enough jobs or opportunities to feed all the people in our country, they have to resort to such an extent that they have to engage in prostitution to feed themselves.

This is indeed a significant and sad socio-economic problem of India. On the other end of the spectrum, prostitution among the elderly is also a serious concern, health-wise as well.

Violence against women is also rising in prostitution, and the homicide rates have been ever increasing among the same practitioners, especially in the United States.

Another important concern is human trafficking, which refers to selling off people forcefully against their will to engage them in prostitution in a way that the seller makes some profit out of the victim’s sexual acts.

Prostitution is a very commonplace act and I personally believe that a lot of problems relating to it can be solved if a proper recognition can be given to both the act and the people who engage in it.

Therefore, a proper sensitization programme is required in order to stabilise the situation regarding prostitution, especially in India. The rate of violence is also a serious issue and can be probably curbed perhaps only through appropriate legislation and police actions, as sexual violence is an alarming criminal act.

However, since prostitution can also be one’s free choice, we need to stop seeing it in a negative light all the time and try to first weigh the circumstances before we talk about prostitution.