Some people think poverty is a curse; but it is not always so. Many great men of the world have come from the poor families. Shri Lal Bahadur Shastri and Abraham Lincoln are the examples of it. Many may be poor in materialistic way but spiritually and mentally they are not poor.

Poverty depends on one’s own thinking. Man learns many things from poverty. He doesn’t become greedy like the rich people. He believes in simple living and high thinking. He is lesser sinner than the rich ones. His desires are few. He leads a contended life: but a few have these feelings.

Many people think that poverty is the root cause of many social evils like begging, theft, prostitution, etc. A poor man in the hope of becoming rich does big crimes which brings great disasters to him. There are two types of classes in our society, the rich class and the poor class.

A poor man is born in poverty and dies in poverty. But a poor man leads an honest, a truthful and courageous life. He is bold enough to face the hardships of his life.

People moan about poverty as a great evil; and it seems to be an accepted belief that if people had plenty of money, they would be happy, satisfied and useful and get more out of life.

As a rule, there is more genuine satisfaction in life and more obtained in life in the humble cottage of the poor man than in the palaces of the rich. If you read the list of the “Immortals who were not born to die,” you will find that most of them have been born poor.

History of Poverty In India 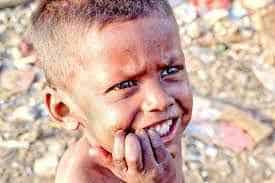 India is a poor country. India has been under slavery of British people for a long time. They exploited the Indians. Before leaving India they made Indians poor and now the Indian government is trying its best to remove this poverty.

India had been in the top of the list of having the maximum number of poor people in the world once. Thus, many plans have been started to help the poor. Panchayati Raj has been started after passing a law in favour of it.

Does Unemployment Lead To Poverty?

One of the main reasons of India’s poverty and backwardness is the problem of unemployment. The population is increasing and it is not possible for the government to give suitable job to every young man but situations can be created to adjust them in some self employment schemes.

Some small scale industries, cottage industries can be started in the assistance of the government. These companies can be given financial aids, sales facilities, raw materials, etc. Unemployed person should be trained for such type of industries.

Poverty is the root cause of population explosion. As the population increases, the poverty prevails in the society. It gives rise to a bigger problem. This problem can be solved only when poverty is removed. Poor people begin to believe in superstitions and become orthodox. The increase in population should be checked by enacting some laws.

World Bank’s Initiative Towards Poverty in the World 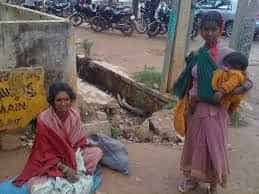 The World Bank Group’s Mission “Our Dream is a World Free of Poverty” 145 countries has marked progress on reducing poverty over the past decades. The International Development Association (IDA) aims to reduce poverty by providing funding for programs that boosts economic growth.

A World Bank-supported higher education project is providing university scholarships for almost 1,000 students from impoverished families in Cambodia. And many such programs and policies are conducted in order to eradicate poverty completely all over the world.

According to India’s Poverty Profile (year 2012), every 1 in 5 Indians is poor. India had the largest number of poor people in any country in 2012, but its poverty rate was lowest among countries having large number of poor population.

The low income states are a home to 45% of India’s population whereas 80% of India’s poor live in rural area. Casual labor is the main source of income for the poor. The most heart-wrenching data is how the poor spends its income. The poor spends more on fuel, food and light while he/she spends just 6% on health and education; which eventually results in lower access to basic services.

Only 6% of India’s poor people have access to tap water and further only 21% to sanitation facilities. According to Global Hunger Index report (2017), India has a serious hunger problem and is ranked 100th out of the 119 developing countries on the index

India is the world’s fastest growing economy, expected to grow at 7.2 percent in 2017-18. The government of India has ambitious plans to transform India into a competitive, high-growth middle-income country.

The plans to transform the Indian economy have resulted in an increased demand for skilled labor over the past few years. The recently-launched National Skill Development Mission aims to train approximately 400 million people across the country by 2022.

To set all these things in right order, it is necessary to remove poverty. As long as there is poverty, there is ignorance and illiteracy and a country cannot progress.

Poverty cannot be removed in one night. It is a long and a gradual process. It can only be wiped out step by step. Education facilities should be provided to all so that their outlook might be broadened. The exploitation of the poor people should be stopped.

And most importantly government programs should reach the people. The government alone cannot act on this problem. The society and the government has to think and take steps together, then only poverty can be removed.