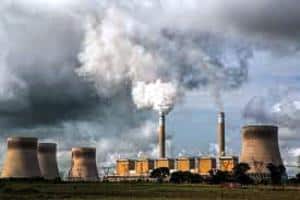 You ever had it with too much smoke blowing on your face while walking on the city streets, making it difficult for you to breathe? Covered your ears on account of too much noise?

Complained that you can barely see any stars even on a clear night, because of too much light from the surrounding buildings and areas?

Then you’ve been a victim of the various forms of Pollution rampant in city and metropolis regions. But what exactly is Pollution?

What are the causes? And more importantly, what are the adverse effects or side effects that follow pollution? Let us take a deeper look into the different aspects of pollution here.

Industrialization is taking place at a rapid pace globally. The number of factories and industrial establishments is on a steady rise.

The waste chemicals released by factories are in gaseous, liquid as well as in solid states. They are let out into the atmosphere, water and soil.

When effluents and chemical substances collect and concentrate at any place beyond a certain level, their harmful effects are detrimental to the environment around. This called pollution.

Pollution is the introduction of harmful chemicals substances, effluents and toxic elements into the environment around us.

These substances that harm the surroundings are called as pollutants.

They maybe natural or man-made, but mostly they are introduced due to human activities. Pollution can be traced back to the ancient times.

When man first started to use the newly discovered ‘fire’, on a wide scale, the first occurrence of pollution had already taken place.

Forest fires are a natural occurrence no doubt. When they are coupled with wide scale use of fire by man for his selfish requirements, it paved way for the advent of air pollution.

Researchers have found ‘soot’ in the inside of prehistoric caves, indicating pollution was caused due to lack of proper ventilation.

As population increased, the waste and waste products produced also increased. This caused pollution of public areas on a wide scale.

The lack of proper waste disposal methods led to the spread of diseases, epidemics, pandemics etc. in the early times.

Perhaps, the casualties of the Great Plague could have been significantly reduced if sanitary measures were properly adopted.

When people began using the same water for their daily home needs and requirements like drinking, cooking, bathing etc., the chances of diseases became multiplied by huge numbers.

Pollution is being caused by effluents from factories. These include contaminated water, dust, soot, chemicals, poisonous gases released into the atmosphere by burning of carbon and sulphur.

Pollution can be classified into many different types, on the basis of the contamination it causes, and the pollutants that it releases.

The most common forms of pollution are air, water, noise pollution and then there are rare cases like, radioactive pollution, which causes deterioration on a wide scale basis.

Air pollution is the introduction of contaminants into the atmosphere, polluting the air around us.

The greenhouse effect, traps heat from space and from the sun in the atmosphere, thus helping in sustaining life.

But the introduction of excess and abnormal levels of gas concentrations cause the temperatures to increase abnormally, causing a phenomenon called Global Warming.

Water Pollution is the introduction of pollutants into the sources of water. These pollutants are liquid wastes from factories, residential areas etc.

Since water is an important element for our survival, water pollution is considered a very serious issue.

One of the other forms of pollution rampant in cities is Noise Pollution. It is the creation of excessive noise, causing discomfort and various mental health issues.

Airports, railway stations, factories are few of the major sources of noise.

Light pollution is cause due excessive man made sources of light, which is one of the reasons we cannot see the stars even on a clear night.

Other forms of pollution include contamination of land due to chemical pollutants, caused by the introduction of harmful chemicals into the natural environment.

It also causes palpitations and psychological disorders, too. It is now widely accepted that pollution affects animals and plants, too.

Not only has the life expectation of animals decreased, but their capacity for breeding and producing milk has also been on the declining rate.

There is a fall in the photosynthetic activity among plants.  Other effects, like untimely withering away of leaves, absence of fruiting, etc. have also been noticed in plants.

These chemicals include various forms of cyanides, sulphates, nitrates etc. The Bhopal gas tragedy, which caused deaths on a massive scale, was the result of an MIC (Methyl iso cyanide) leak from a nearby carbide factory.

Pollution is a major issue that is being acknowledged by governments across the globe. The issue of global warming and its effects are getting more and more prominent.

Efforts are being taken to reduce pollution, make more environment friendly products. Limitations, rules and regulations for production and manufacturing processes are being implemented to reduce the pollutants released.

Countries like New Zealand are encouraging the use of bicycles, making dedicated paths for cyclists, cyclist lanes etc. But no matter what the governments do, it is ultimately on us to implement methods and save the environment.

The government and the public have both taken up the task of controlling atmospheric pollution on a war footing.

A law has been enacted and is in force today. The law makes it mandatory to treat chemical waste properly before letting them out of factories.

Efforts must be made to make changes in the chemical processes themselves, to avoid the generation and accumulation of harmful chemical substances.

Forests should be grown to help reduce the effects of pollution.

One of the major problems that the world faces today is that of environmental pollution. Like the people in other parts of the world, Indians too are now becoming aware of this problem, especially those who lives in cities.

It is everywhere, on the roadsides in the form of garbage and in the air in the form of toxic gases.  Vehicles and factories give out tonnes of poisonous gases into the atmosphere. Due to this, diseases of the lung and the chest are common in the cities.

Plenty of chemical and industrial wastes find their way into lakes, rivers and seas. The creeks in and around Mumbai are full of dirt, excreta and used plastic bags.

Garbage piles up everywhere, and the Municipality takes too much time to clear them. Sadly, we lack a sense of civic cleanliness.

Noise is the worst form of pollution, especially during festival time. Loudspeakers blare out music right into the night. Fireworks have become a nightmare, more than a source of enjoyment.

They cause both air and noise pollution. Even vehicles have horns tooting continuously when there is a traffic jam.

All these factors add up to pollution and we have to take up strict measures to bring in a dedicated approach to make our surroundings pollution-free and induce cleanliness and greenery in and around the places we dwell.