Pingali Venkayya – The Designer of the National Flag of India 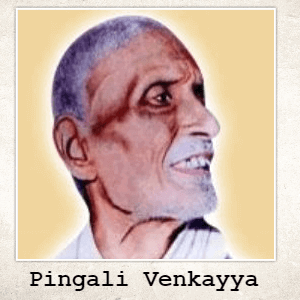 India officially adopted its national flag on the 22nd of July, 1947. The material that was used for spinning the first national flag happens to be khadi cotton. The designer of the national flag is credited to Lt. Sri Pingali Venkayya.

Who was Lt. Shri Pingali Venkayya?

Pingali Venkayya was a native of present day Andhra Pradesh. He was also a freedom fighter and a well known man in his village Bhatlapenumarru.

This village happens to be located in a region, formerly known as Masulipatnam. This region is now called Andhra Pradesh in present day. He was born on the 2nd of August 1876 and participated actively in the freedom struggle movement of India. 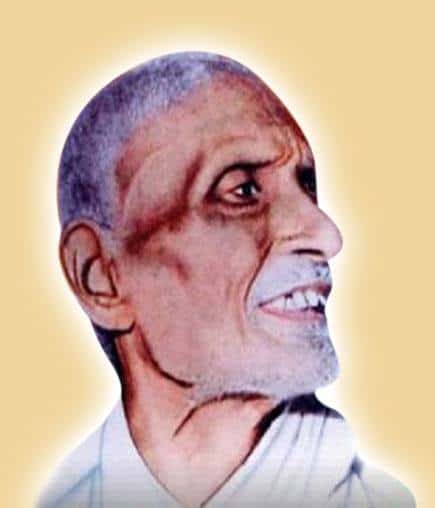 The largest contribution of Pingali Venkayya in freedom struggle movement was the design he rendered for the depiction of the national flag.

The national flag had previous versions before even Pingali Venkayya had designed his version, but the one that was finally adopted by the Indian National congress happens to be his design.

The Indian national congress came forward in acceptance of the design created by Pingali Venkayya, but before it was given an official status as the national flag of India, the government choose to do suitable modifications to it.

So, the design that was adopted happens to be an altered version of the representation provided by Shri Pingali Venkayya.

Mr. Venkayya, though has been provided due credit for creating the national flag of India. Apart from being a freedom fighter, Pingali Venkayya happens to be a great educationist in his village.

He is credited for his efforts of spreading literacy in his village. For this, Pingali Venkayya went a step ahead and established a school in Machalipatnam. The village was deeply thrown into the shackles of poverty and its inhabitants were mostly uneducated.

But Pingali Venkayya was an educated man. He did his primary schooling from Challapalli and later went to Hindu high School in Machalipatnam.  Pingali Venkayya had his interests in specific fields such as Geology and
Agriculture.

For his further studies, he went to Colombo. In fact he owns a PhD in Geology, and was an expert in the field of Mining and History. Pingali Venkayya had a keen interest in diamond mining.

He had other skills too. He showed great liking for cotton fabrics, in fact he not just liked the fabrics spun out of cotton, and he did research in cotton.

Through his studies and research work, people also famously called out to him as cotton Venkayya.  He showed interests in many languages. He was a multi lingual man. At his tenure abroad in Colombo, he got the opportunity to learn many languages like Japanese and Urdu.

The educational movement that he started at the village by setting up a school was lauded by many freedom fighters from his region. He was a startling figure in bringing about awareness about the freedom struggle movement for his village members.

After achieving Independence in the year 1947, the Indian national congress however did not remember the man who gave them the design for the national flag of India.

It was at Africa that Pingali Venkayya also got a golden opportunity to meet Mahatma Gandhi. The circumstances during which they both met were not that of ordinary.

The Anglo Boer war was going on in Africa and in the midst of this war; they both had a chance to interact with each other. It is also surprising to know that Pingali Venkayya was initially fascinated by the British army, which he joined when he was around 19 years old.

India is a country that has many unforgotten heroes on its list. Many unsung heroes who contributed in large for the welfare of the society and their efforts are long forgotten by governments and people.

They were left to lurch in the dark in the wee hours of their life without any financial aid reaching them on time, in their hours of despair. The same thing happened with Pingali Venkayya as well.

During his last days, Pingali Venkayya was so deeply rotted in poverty that his family could not garner the financial expenses needed to provide him medical aid on time. So poverty became one of the reasons why he could not prolong his survival for long.

He died a miserable death on 4th July 1963 at the age of 86. The government which had so much of praise for him for designing the national flag had long forgotten its hero. The people of his village who had been empowered by his means of education forgot him in his last days.

No financial aids from the government or the people who knew him helped him in the last days of his existence. Thus the man who designed the national flag became lost in the pages of history of our country.

Around 2011, the government again woke up to this great man and dug up his contributions to bring the out and glorify in the society. This is how we know Pingali Venkayya today.

The government had even promised to award a Bharat Ratna to this great man who was a significant figure in contributing to the national flag of India.

Specifications of the flag he designed

The man who designed the flag did not do the design overnight. He put in a lot of extensive research and studied the flags of almost thirty countries before he could design the flag for our country.

He conducted research, studied the color bands, representation and importance of almost 30 flags to think of a design for our country. According to him, the color bands that had to be chosen for the flag of our country should depict the values represented in our nation. 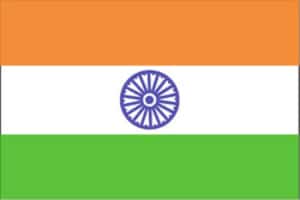 It should depict the values that we stand for as a nation. The land that we live in, our culture, values and traditions should be compositely depicted in the flag.

It would represent the people of this nation and their attributes. So, he should be appreciated for the efforts he put in, for designing the flag. He chose saffron, white and green color bands for the Indian flag.

They were true representations of values of sacrifice, peace and harmonious relationships and brotherhood between Indians.

Pingali Venkayya had initially placed a spinning wheel in the white band of the flag. This symbol was later on changed to replace it with the Asoka Chakra.

Evolution of the Indian National flag

The responsibility of preparing the Indian national flag rests with the Khadi Development and village industries Commission. In this section, we take a tour of the evolution of the national flag of India.

Before the British entered our lands, our country was ruled by several provincial kingdoms which were largely regional by nature. So, these regions used their own flags to represent their communities.

So, if we were to relate to today’s times, Rajasthan had its own flag, the central region had its own flag etc. But this system was discontinued by the British after they entered our lands.

They wanted a common British representation and held a British flag high at all times.

In the year 1906, on August 7th, our countrymen first united to hoist the flag for the whole country at Parsee Bagan, Calcutta.

The date is marked in history and there is a stone impression even now at this place that takes us down memory lane.

It is a historical moment etched in stone that proudly displays the date on which the first national flag of India was hoisted at that point.

Madame Cama came about another flag for the nation in 1907, but in Paris. The flag is significant for its usage of saffron for the very first time in the Indian flag. Until then, the color saffron was not used in any bands of the Indian flag.

Even Mahatma Gandhi had his own version of the tricolor flag; he stressed the usage of the spinning wheel at the centre of the flag.

His intentions of choosing colors were different. Gandhi was a man of the masses. So his underlying value was that of the love and brotherhood amongst Indians. The unity of people was the one point in his idea of choosing colors for the national flag.

The flag that was finally adopted

In Nagpur, there was a meet held in the year 1923 to hold talks about the mass destruction of human lives in the Jallianwala Bagh incident.

Discussions were held with key leaders and many related aspects about the incident. It was at this meet that the tricolor flag designed by Pingali Venkayya was hoisted for the first time. People started calling it the Swaraj flag.

Later in 1931, the decision was again revived by the INC to adopt the Swaraj flag as the national flag of India.

On July 22, 1947, the flag was officially declared the national flag of India, but there was a slight modification. The spinning wheel was now replaced by the Asoka Chakra.