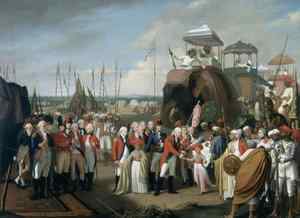 India is primarily an agrarian country. Most of the people in India depend on agriculture for their livelihood. Land tax is the main source of revenue for the kings from ages. In history also many barbaric kings exploited the common men by imposing unethical taxes.

In 1765, the East India Company took control over Bengal, Bihar and some districts of Karnataka by acquiring Diwani. It decided to manage land revenue directly but though the expected revenue increased from the last year yet didn’t match their expectation. They wanted to increase it for better profits. They wanted more revenue. So permanent settlement was introduced in Bengal and Bihar in 1793 by Lord Cornwelis.

Something that starts has to end sooner or later. The Zamindars powers also declined when their lands were sold in auctions due to non timely payment of revenue.

The auction of lands also put the company’s revenue on threshold. The failure of permanent settlement system was accredited to the uncertainty about the amount of revenue the company will receive and many other factors.