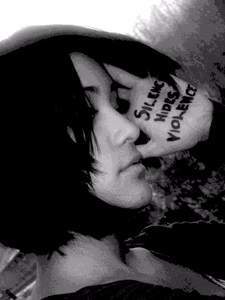 In brief, domestic violence can be described as a continued or repetitive violent behaviour within the domestic setting, and is usually interpersonal, found in relationships such as living together or marriage, and even in comparatively larger family settings.

Such acts of domestic violence can be seemingly meagre but can stretch out to be extremely dangerous, harmful, and obviously, illegal.

Domestic violence and related acts do not happen all of a sudden, they have a tendency to grow from smaller to bigger and more harmful actions, and can even cause rape, permanent physical or mental (or both) damage, and in some extreme and unfortunate cases, even death.

Different types of domestic violence and what do they mean

Domestic violence is not of a singular kind. It is in fact a far broader array, with physical violence and mental (also referred to as psychological) abuse on its two extreme ends, with several other forms in between these two obvious and very common kinds of domestic violence.

However, it is perhaps important to note other important and equally harmful types of violence, which include emotional, economic, and of course, sexual exploitation in the form of domestic violence.

While sexual violence, other than the obvious acts the word entails, might also include an arbitrary control over the women’s reproductive capacity, economic abuse means deliberately restricting or limiting the working capacities of a woman to the household she belongs to, and thereby also depriving the workforce of workers and skills which might possibly contribute to the eventual development of the workforce on a whole.

It might also, in cases, refer to depriving the woman (or the victim) of any sort of financial stability or security, and of the financial benefits one earns through their own efforts.

It is also true that all these forms of violence complement each other in some way, as the implementation of one (physical) very often arises the need to carry out one or more of the other forms (sexual, mental, etc.).

The impact domestic violence can cause

It might be significant to note here that more than often, women are on the receiving end of all such forms of domestic violence. Although this is sad, this also highlights the reality of the patriarchal power relations and stratification which is still prevalent in the modern society.

At times, economic abuse might stem from a man supposed lost sense of masculinity due to an increased sense of freedom bestowed in the victims. We need to understand that such toxic understanding of masculinity adversely affects men as well as women.

Having said this, it is not completely true that domestic violence essentially chooses female victims, but it is indeed rare to find one from the other sex. First of all, physical damage is the frightening and severe impact that is caused due to domestic violence.

Such physical damage can range from minor cuts and bruises to breaking of bones, genital or otherwise mutilation, distortion and disfiguration of body parts, loss of essential body parts, and eventually to death. While it is almost always impossible to undo such damage, it needs to be understood that despite of their seriousness, the damage caused on one’s psyche might be the most serious of all.

Repeated domestic violence can result in serious mental health issues in the victim, which include feelings of helplessness, hopelessness, self-harming tendencies, frustration, a lowered sense of self-worth, and even clinical depression.

It has been statistically proven that such acts can noticeably increase suicidal tendencies in the victim, which might stem from one or more than one of the previously mentioned symptoms.

Other serious impacts might be serious trauma and other emotional imbalances, and the increased sense of fear in the victim about the perpetrator, which might lead to the victim’s attempt to cope with the abuse and trauma through various defence mechanisms, which might not always be the best options to seek for them.

How to deal with Domestic Violence

The first thing any victim or survivor of any form of domestic violence essentially needs to know is that there is always a way out, and there are different ways in which they can escape the destructive situation they are currently placed in.

On a personal level, the victims must always be aware of the techniques of survival, as the mere knowledge of the same might equip them to deal with abuse in a more proper way. Self-motivation can also go a long way in dealing with such situations.

Other than these, one must always aim at self-reliance and independence as these not only intimidate the perpetrators and keep their targeted abuse at bay. The victims can always consult legislative and psychiatric support, as well as approach the police, or other social work organisations which might inform them about such sources and enable them to seek the help of the same.

Currently, there are certain laws in our country which are targeted to help out women in such distress, and allow speedy and effective remedies to them.

However, it has been often questioned how far such laws have been able to improve the scenario in India, and it has also been said that they are being used by many women to wrongly accuse and frame their husbands and in laws.

Domestic violence is an increasingly looming cause of serious worry among especially the middle class Indian population. Although domestic violence is not a class based act, but it is evident that more of such cases assume a greater attraction by the media and the people.

The main cause to worry is that the continued frequency of such acts renders the victims absolutely helpless, and they start to lose faith in themselves as well the system of justice. In such cases, they often either completely succumb to the wills of their perpetrator, or take it to themselves to punish them, and do so in completely illegal and unjustified ways.

There are countless such instances in popular culture. No immediate solution can be found to cure this problem, but several steps are being taken, and awareness is being spread. We can only hope that the scenario changes for the better in the days to come.