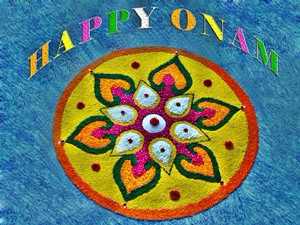 India is a famous country with known for its diversity. India is said to be a land of festivals of colours. One such festival is Onam celebrated in Kerala, India.

Kerala is a beautiful country filled with greenery. The mountains, lakes, rivers, fields all add to the beauty of Kerala.

Onam is a harvest festival which is celebrated by Keralites with so much of excitement and pomp.  Onam begins in the month of Shravan which falls in the month of august or September every year.

Onam is celebrated for ten days. Entire Kerala is involved in the festival activities. The first and the tenth day of Onam festival is considered to be the most important.

The ten day of Onam festival is:

Atam – is the starting day of Onam festival and is considered very auspicious. On this day people take an early bath and offer prayers in the local temple. On this day breakfast of steamed bananas and fried pappad is done.

Chithira – is the second day of celebration there is no special ritual for the day but people offer prayers to the god and take blessings.

Chodi – is the third day of the festival and most of the people buy new clothes and accessories on this day. The market is filled with people out for shopping.

Vishakam – is the fourth day of the festival and women make new meals of Onasadya. They get engaged in making different types of pickles as well.

Anizham – is the fifth day. On this day the great boat race called vallamkali takes place. It is very popular and is a major attraction of the festival.

Thriketa – is the sixth day. People are already high on excitement. In Kerala, various types of cultural programs and social gatherings take place on this day.

Moolam -is the seventh day the enthusiasm is at height among people not much is done on this day but we can see shops getting loaded with flowers and various goods for the festival.

Pooradam -is the eighth day and on this day the devotees create clay idols. The idols created shaped on this day is called pooradam or Ma.Each idol is decorated with lots of colourful flowers on this day.

Uthradom – is the ninth day and is a declared holiday in Kerala. On this day people start preparing to welcome the spirit of King Mahabali.

Thiruvonam -is the tenth day of Onam festival. On this day people exchange greetings. People clean their houses and decorate it with flowers, visit local temples and offer prayers and end the occasion with a great grand feast.

Onam is celebrated in the memory of great king Mahabali. It was said that Mahabali ruled Kerala for a very long time and looked after the welfare of the people.

Thus the festival of Onam depicts the blissful rule of the king Mahabali and the freedom people enjoyed during his rule. It is believed that during Onam festival king Mahabali returned Kerala to pay a visit to the people.

The people in Kerala in respect of the king made arrangements for this festival.

The interesting part is dishes and sweets are served in banana leaves.

They also put a “pookalam” which is a flower mat in front of their house. This symbolizes the welcoming of the kind Mahabali.

Onam is celebrated with traditional rituals with a great grand feast. A sweet porridge named “Payasam” is served during Onam festival.

During Onam, the great boat race also called as “Vallamkali” which is considered to be one the attractive features of this festival.

In vallamkali hundreds of men row the boats on the beat of the drums and cymbals. The boats have a scarlet silk umbrella with gold coins hung.

This event is very popularly known for the boat race. These boat race mostly take place in Papiyad near Quilon, Pamba River in the Kuttanad region and Thayathangadi near Kottayam.

Not all Hindus but Muslims and Christians also celebrate Onam festival. It is a festival that unites people despite being of different culture, religion or race.

Onam is celebrated by people in a different way in Trichur elephants with beautifully dressed with cloths, ornaments, and colours are taken out.

A magnificent display of fireworks is also done here. In Trichur there is a very famous temple named Trikkakkara were a beautiful statue of Mahabali is kept, Trikkakkara is considered as one of the major attraction of Kerela.

Similarly, in Shoranur, a group of Kathakali dancers dressed in gorgeous costumes enacts the legends.

Kovalam also hosts a native art festival and a village fair with various handicrafts and cuisines. Thus Onam is considered to be one of the vibrant festivals of India.