Who was Neil Armstrong?

Neil Armstrong was an American astronaut who was born on the 5th of August, 1930 at Ohio, United States. His parents were Stephen and Viola Engel Armstrong. Neil was the eldest of three siblings; he had a younger brother and a younger sister too.

Neil did his schooling from Blume High School and later pursued aeronautical engineering at Purdue University. He was just seventeen when he joined his engineering course in 1947. His studies at the university were funded by a scholarship given by the US Navy.

Neil also worked on many combat missions during the Korean and the civil wars and later completed his engineering degree by 1955. The Civil war took place between 1950 and 1953. It has been said that Neil achieved his best grades only after his return to Purdue University after the war with Korea.

In 1956, Neil married Janet Elizabeth Shearon. Neil had three children but one of them died at the age of two years due to a malignant tumor.

Neil pursued his higher studies and completed masters of Science in aerospace engineering from the University of Southern California in the year 1970. Neil has received many honorary doctorates in his name from a host of universities.

When children of his age would sit cuddled around toys and play items, Neil would be fascinated thinking about the sun, moon and the stars. To his advantage, his neighbor had a telescope which fulled Neil’s imagination further. He used to regularly visit their home and look for planetary views from the telescope.

At a young age of six years, Neil was taken in an airplane ride and that was actually the beginning of a very long journey. Just at the tender age of fourteen, Neil enrolled for flying classes and began taking flying on a very serious note.

At the age of sixteen, he was even issued a pilot’s license. This was a feat that very few could even imagine in their lifetime.

After completing his Bachelor of Science degree in aeronautical engineering in the year 1955, Neil landed a job at NACA high speed flight station at California. To his credit, he was one of the first few pilots to fly a rocket-engine plane, that which seemed and looked like the spacecrafts in future days to come.

During these years, Neil received an early offer from NASA for joining them as an astronaut but since he loved flying planes, he denied the offer at first sight. Keeping in mind, his remarkable stint on the rocket engine plane, he was selected for mission Dynasoar.

Dynasoar was actually an experimental space craft, which was capable of leaving the periphery of the Earth’s atmosphere, then orbiting around the Earth and lastly coming back and landing on the Earth safely. Neil was one of those proud persons to be selected for piloting this mission. Neil was later selected for working and training on the Gemini spacecraft.

In 1966, he was on an orbiting mission over Gemini, which lost control after the orbit mission but with Neil’s presence of mind, he managed to take stock the situation. In January 1969, Neil was selected for the prestigious Apollo 11 mission that was set out to make a landing on the moon.

It was also the first mission that had a lunar landing objective with it. They took form the Kennedy Space Center form Florida on July 16, 1969. Neil was accompanied by two fellow astronauts who were also part of this mission. On July 18, 1969, Apollo 11 made a great entry into the gravitational force of the moon and was also able to circle the moon around 2 times.

Around 10.56 PM, the same day, Neil Armstrong became the first man to set foot on the moon and his famous saying goes’ It was a first step for man and a giant leap for mankind.’ Neil along with one of his other astronauts was reported to have walked for about two and a half hours on the moon setting a first record for the whole universe to look up to.

The mission he made on Apollo 11 was Neil’s final space mission and after that he got into advanced research activities at the NASA center. Later, he worked at the University Of Cincinnati, Ohio as professor of aerospace engineering. Neil worked for almost seven years at the university imparting aerospace education to his students.

Neil Armstrong passed away on 25th of august, 2012 after he underwent a bypass surgery to remove blockages in his heart. Neil received many honorary degrees and medals for the extraordinary achievement he made during his lifetime. He has authorized a biography of his own. His biography ‘First Man: The life of Neil. A. Armstrong’ was published in the year 2005.

What he taught the World 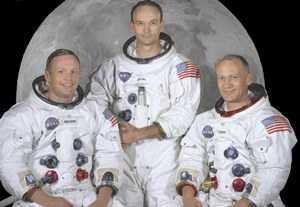 Neil Armstrong was an inspiration to the whole world. He taught the world to not just realize their dreams, but to chase them and make them a big reality. He achieved huge and remarkable feats in his life, a first time achiever in many of the missions he was part of, but he never let his happiness go haywire due to that.

He always seemed to be a very cool person and knew very well to handle any kind of situation. There were many occasions when the space craft lost control and it was only with his rich presence of mind that he tackled those difficulties with bravery.

We can learn a lesson or two from the brave man. Courage is something that helps us try out new things and even if they don’t work out as expected, we can still be sure of seeing positive outcomes towards the end.

Second thing about Neil was his personal characters which were so molded that he was able to have a rich personality of his own, one that was unique of its kind and did not interfere with others. Neil had a goal for himself and he made sure to make his dreams a reality.

What started off as a childhood passion was carried forward to the next level, in terms of setting out the passion into a working goal and setting fixed routes to make the plan of action work in his favor.

Neil was a very humble person throughout his long, endearing career. Never for once did Neil stay disconnected from values that life taught him along his tough journey. The journey to the top was a very tough one indeed, but Neil had the power to focus and act in the right manner.

Taking right decisions and staying aware to know of the latest happenings in and around created mass wealth of knowledge. The application of this knowledge in the proper measure in the right direction helped make fruitful achievements at every step of his goal.

There is something for all of us to know from his life. Life faces unexpected turns and ups and downs, being patient and brave enough to waddle through life’s difficulties makes one look at life from a broader perspective.

An inner desire to make a difference to the world, to set foot in untested waters, to see world in a new way brings with it lot of ambitions to make a mark for oneself. Neil always believed in the power of recognizing one’s success. It is like a benchmark in one’s life. It has to be valued. Learning shouldn’t stop whenever there seems a fall in the ladder.

It’s good to rise up and learn from the failures. Neil valued his learning and spent time in celebrating the little achievements he made in his life. He shared his happiness but spent his entire life as a humble being. He stayed down to earth and valued the little things in his life.

He was never overwhelmed by his success; he accepted them with the same humility as he accepted failures in life. He led a life full of happiness and turned small problems into opportunities to go up in his career, to learn values for life.