Essay on Need for Rural Uplift in India 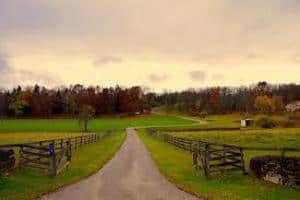 William Cowper has said, “God made the country, man made the town”. Here country refers to the village area, with all the trees, rivers, land and many other things of nature. While the town refers to a modernized world where a human has all the basic amenities of life.

There is an easy access to whatever is needed for the daily life. The country life and town life has its own specialty and disadvantages. Both the places have good and bad in them. For example: The good thing about the country is the greenery, nature, peace and serenity.

Everything is available at a reachable distance for the people in town. They do not have to worry about anything. The problem about the town is that there is too much pollution. The pollution is not only of a particular thing but of everything. In town all noise, air, land, water pollution exists. One cannot even get a peck of fresh air. All the places are congested.

One can rarely find an empty space from before. There are more differences between the two but these are the most common ones. When a person moves from the country to town it is difficult for them to adjust but later they are adapted with the life in town.

But for people who move from town to village, they face more problems. This is because there is nothing which is easily available for them like the ones in town. They have to struggle a lot even to get the smallest of thing.

India’s majority consists of the country side or the villages. Only a small part consists of modernized world.  It is important that both the places get proper development. This is because only then there will be an increase in the economic growth of the country.

If the rural areas do not get any benefits and development, the economic growth will not increase. Instead it will remain the same even though only the urban areas are getting developed. Thus, it is important to develop the rural areas well. Only then we can say that there is growth and development in our country.

Without improving the conditions in the rural areas, India will never be able to develop fully and compete with the other countries. So, it is important to make changes in all the rural areas of the country.

In the past years, which ever Government has been in power almost all of them have released many Acts and Plans for the benefit of the people staying in the rural areas. There are many of these Acts which have been released, amended and put to use.

This has helped the people to get electricity, employment, and land for cultivation, ration, television connection, access to water and many other things.

Steps have been taken to provide the people with these basic amenities of life. Many health centres, government schools have been opened for the people in rural areas. In many places reservations have been made for them so that they get access to those things which otherwise is difficult for them to get. Earlier we used to see children in the rural areas helping in the work of their family.

We can also see most of the houses in the rural areas have small television with the satellite connection at their house. Not only this they also have got built bathrooms and electricity at their house.

This has helped them to know a lot of things which they otherwise would not be able to know. With easy access of internet and mobile networks, they learn more about the cultivation of lands, information about their rights and responsibilities, more information about bank accounts or for hospital accessibility and many other things. All these are needed for the people in rural areas to know.

If all the rural areas would have to access to what other rural areas or if there would have been more development, India’s economic growth would have increased by now. There are many rural areas that do not have proper bathrooms at their house. They do not have electricity or a proper roof to live.

Even if they go to town for treatment or to send their children to school, they will not be able to afford even half of the expenses. This is because the expenditure which is needed to get treated in the hospital or get the child admitted to school will cost a lot. The expenditure for either of them will not even equal to their total income in a year. It is will be very expensive for them.

This is one problem for them. The other problem which they face is related to electricity. Even though only a few of have access to electricity, but still they do not get stable electricity. More than half of the day there will not be electricity. There will be power cuts majority of the time.

Even the people will have bathrooms built at their houses; it will not be proper one. This will further lead to many sanitation and health problems. In order to solve all these problems, it is necessary to uplift the rural areas. It will not only benefit the country but its citizens as well.

I have been born and brought up in a place where all the basic necessities are easily available at a reachable distance. So, I have been used to all that. But when my parents at the present take me to the village side to meet our relatives or grandparents, I still take time to adjust there because there are no proper facilities.

But still I manage to survive. But earlier when I was small whenever my parents informed me that we have to go to the village side I would always give excuses for not going them or go there and crib about things not available there. I never wanted to go there because there would be no electricity, television and no proper toilets and also, I will get bored because only elders will be talking.

But my parents always managed to take me by telling they will not stay for long. They always convinced me to go. But today when I have become an adult I have understood things which I did not when I was a child.

So, today when my parents ask me to come with them I agree to go with them. It is because I know will be able to manage things and most importantly I can get time to be in peace and spend some time in the serenity of nature.

2 thoughts on “Essay on Need for Rural Uplift in India”