Disaster is the demolition and destruction of any commodity or entity of value. Natural disasters are the ones that are caused by nature. According to the World Health Organization (WHO), disaster is termed as a

“Serious disruption of the functioning of a community or a society causing widespread human, material, economic or environmental losses that exceed the ability of the affected community or society to cope using its own resources”

Natural disasters can be classified into the following groups:

Wildfires are large scale fire that usually catches on from a small area initially and then spreads to other forests too and renders them impotent. More than three million acres of Idaho were burnt in the Great Fire of 1910 which also known as the ‘Big Burn’ and is considered the largest wildfire ever.

Few of the natural disasters and their causes are:

Avalanches are caused due to sudden landslides in snow accumulated regions. It is often triggered by tectonic movements or general vibration of the snow covered region.

Tornadoes are high speed wind columns that rotate either clockwise or anticlockwise. These are generally caused in regions where there is low pressure and the neighboring cool air rushes to take its place.

Apart from these natural causes of disasters, there are however human activities and interventions in the course of nature that can trigger these disasters.

In the wake of industrialization and urbanization, human activates of exploiting the nature has crossed such levels that mother nature has to reciprocate of a ferocious answer.

Excessive emissions due to vehicles and factories have led to a change in the composition of air and also increases the global temperature. This causes changes in rainfall pattern and has resulted in floods in many low lying regions.

Indiscriminate use of chemical fertilizers leads to the degradation of soil and thus results of infertile topsoil which cannot sustain vegetation. This may result in drying of large number of plants which sometimes has been a major factor in the initiation of wildfires.

The pressure of population has caused enormous amounts of groundwater to be extracted and this has lowered the ground water table significantly. This many times has been one of the contributors of major Droughts and subsequent famines. 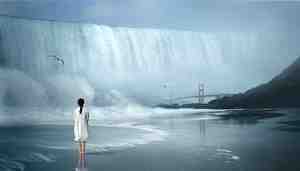 The Haiti Earthquake of 2010 with a magnitude of 7.0 on the Richter scale had as many as 59 aftershocks. The death was over 2,00,000 and at least 2 million were homeless and another 2million needed

Cyclone Nargis of 2008, was the first ever to hit northern region of Indian ocean. It was estimated that a total of 84,500 people were killed with 53,800 missing.

Hurricane Katrina of 2005 was the deadliest that the US Gulf Coast had ever seen. It caused property damages worth over 81 billion us dollars, making it one of the costliest natural disasters.

Tohoku Earthquake and Tsunami of 2011 had a magnitude of 9.1 followed by a tsunami which had hit the east coast of Japan killing over 15,894 people and completely demolishing 127,000 buildings. The estimated injuries were 6,152 people and another 2,562 were not found.

The historical Aleppo Earthquake of 1138 was the most horrifying earthquake ever killing more than 3,00,000 people and crumbling and entire city along with it surrounding cities.

Today, due to advancement in science and technology, man has the audacity to manipulate nature to his whims and fancies. But the fact remains that we are just a puny part of this entire nature and have no power against the forces of nature’s might.