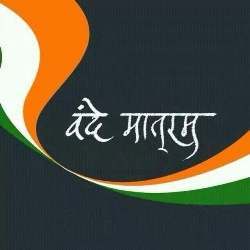 The song Vande Mataram shares similar significance and importance with another song of the same era, namely the song Jana Gana Mana, which was regarded as the National Anthem by the Constitution of India. The question about why Vande Mataram did not stand out to be revered as the national anthem is a thing to ponder upon.

It carries certain differences with respect to the song Jana Gana Mana in cultural reverence and hence the panel heading the constitution at that time thought it is right to consider Vande Mataram as the national song of India.

The song had such a deep impact on the citizens of India that it brought with it, messages of oneness and brotherhood between the various sects and religions of India.

It was a platform created among the various people of India that they could connect to the song in a way that talked about brotherhood between them and something that could trigger a sense of belonging and inspire the youth and the old alike to think and dream of an independent nation.

Back to the Roots

The Bengali novel ‘Anandamath’ is the actual source where one can find the Song Vande Mataram coming in. It is interesting to know that the actual song consists of six beautiful paragraphs and it is even more significant to note that the song is written in the language Sanskrit, though the Novel itself stands in pure Bengali language.

The government thought it right to adopt only the first two paragraphs of the six paragraph song, for reasons that went well with those times.

Aurobindo Ghosh had high respect for the song that he volunteered and came forward to translate the song into English language. After translation, the song was first published in 1909. The song was a run of patriotism and gave everyone who listened to the song, a flow of nationalism in their blood.

The need of the hour was stressed in the right way in the song and the impact it created can hardly be accounted for. The song was to be made popular to people not only inside India, but people outside the country, off shores as well. This was the real intent behind translating the song in English.

A huge population even on foreign shores could relate to the song and understand the underlying message. To spread the message to foreign shores, the song was translated and then published in 1909.

It is believed that the song ‘Vande Mataram’ was composed much before the novel ‘Anandamath’ was written. The novel was also a patriotic one, it was in Bengali and naturally a lot of importance was given to goddess Durga and the turn of many historical events were covered in the novel, but was spinned into a fictitious tale.

The tale revolved around the land of Bengal and the song too contained the whole of Bengali culture and was a reflection of the state of Bengal on its own.

The song gained popularity later when congress held a session in Calcutta in the year 1896. At that time, it was Rabindranath Tagore who sung the song by adopting a tune of his own, not previously composed by any musician as a matter of fact and this gave the song the much-needed popularity and surprised everyone in the session.

Right after that session, the country came to know about the new song that was so popular and made in ways out of the native state of Bengal and touched hearts of millions of Indians.

People from every part of the country started listening to the tunes of the song and became familiar with it. The translated version attracted not only the national audience but attracted audience from different shores outside the country and gave it lot of importance.

The song in due course of time faced opposition along with its growing popularity. People started humming the tunes of the lines rendered by Rabindranath Tagore. But since the tune had deep connections with traditional Indian tunes, many of the non-Hindu organizations and groups of people thought the song did not belong to them.

They saw no connection absolutely with the song and even if a patriotic line could be drawn to the argument, they had an upper hand in saying that the poem dedicated itself to Goddess Durga, so it had a religious turn from then on.

The government took these objections seriously as they had to be answerable to all sections of society and zeroed in on the decision to adopt only the first two stanzas of the six stanza song.

Again, there were many controversies about the tune of the first two stanzas and when sung, the song did not quite match with the protocols of a national anthem.

This made way for Jana Gana Mana being chosen as the national anthem against Vande Mataram and the choice was based on these strong reasons. The arguments were widely accepted and the decision of the government was upheld with utmost dignity.

Famous in Every Era

The song is very popular, generation after generation and various musicians from Rabindranath Tagore to A. R. Rahman have composed their own tunes of the song.

The song is immensely popular with the youth and stands testimony to the changes the country has seen over the ages, but brings in a sense of patriotism and national feeling even to this moment when the song is played at national events of importance.