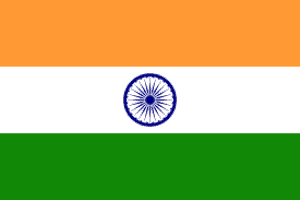 Our national flag is a tricolour flag with saffron at the top, white colour in the middle with a wheel at the center and the last band holds the green colour.

Each of these colors represents unique values and attributes of the country and the significance of each of them will be dealt here in detail, a little later.

A national flag is a very important asset for the country. It is nothing but a representation of the country. When we go to an important occasion, we can find that many events include hoisting our tricolour flag in the beginning before the real event is kicked off.

Illustration on the need of a Flag

To make it much clearer, we can take a common example that will tell us the need of a flag for the country.

If we buy a new lunch box for our kid which needs to be sent with him to school, we take proper care to label the box in our own unique way, lest the box be confused with some other kid’s lunch box or for the mere purpose of recognizing that the box belongs to the particular student of the class.

So, in this way, there would be no confusion between lunch boxes of students in a class. This system of labeling the boxes varies from one person to another.

One person may choose to write the kid’s name with a permanent marker, some others may paste a readily available sticker on to the box and fill in the necessary details like name, class, section, etc.

In all aspects, the intention behind labeling the box is to make it recognizable and find itself with the owner of the box.

In a similar way, the national flag stands as a mark of representation of the country that owns the particular flag.

When its pooled in among thousands of other flags, it is still recognizable that a particular flag belongs to a particular nation. This identification can be done with its unique design, color combination etc.

Our tricolor flag is rectangular in shape, with stripes of saffron, white and green, each denoting particular values of significance.

The saffron colour at the top denotes significance. Our country achieved independence after a long struggle for freedom. 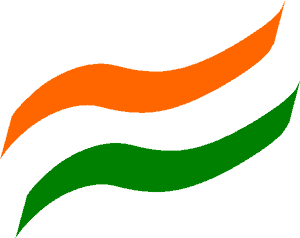 It took a lot of pain, tears and bloodshed before the country was declared independent from the British forces.

The struggle for independence was a historic struggle and many people have sacrificed their lives to get the freedom that we are enjoying today.

The leaders of today should portray the same values of sacrifice in order to lead the country with their entire true valor.

The white colour stands for peace and tranquility.

The golden words of universal brotherhood and harmony with our neighbor’s and with the citizens of the country is what our country stands up for and this is truly up held by the white color on the national flag.

We have to take measures to keep up good and cordial relationships with people from various sects, religions, groups and social economic backgrounds.

Our country believes in secularism and people belonging to various religious practices co-exist in our culture and it is of utmost importance to give respect and treat everyone around us with equal dignity. This message is laid out clear in the national flag.

The green colour in the national flag aims to promote the message of prosperity. Our country is blessed to have many mathematician’s, academician’s, scientists, social reformer’s, philosophizer’s and people who have excelled in various walks of life.

It is because of the high and esteemed decisions made by these eminent personalities in their respective fields that we see a large progress of the country and advances in science and technology, in the field of telecommunications, media etc.

The literary world and the field of fine arts and culture too is blessed with outstanding talent and all these are making the world take note of India on the global map. India thus is becoming a progressive and developing nation.

It is leading in ideas and thoughts that have made the world recognize India on a universal scale. The green stripe on the flag reflects the same progress and development in every aspect of human life.

The Asoka wheel at the center of the white stripe has 24 spokes which denote the path of Dharma or righteousness.

We ought to seek success, we are working together to form a nation that stands erect and proud on its scientific values and principles, we have overtaken our enemies in numerous matters, all these were possible only because our country believed deep in its roots and cultures.

It followed words of wisdom and held its values high. The 24 spokes on the wheel in blue colour thus represent these values.

The design of our national flag was suggested by Pingali Venkayya and with slight changes and modifications, the tricolour flag was suitably incorporated into the country’s history on the 22nd of July 1947.

The major change that the flag underwent when the government formally incorporated the flag was that, there existed a spinning wheel at the center of the flag in the earlier suggestion.

With expert suggestions from eminent panels, the spinning wheel came to be replaced by the Asoka Chakra.

The hoisting of the flag and the way the flag needs to be treated with respect and dignity are laid out as separate protocols in the Constitution of our country and every citizen of India should abide by these rules and regulations.