Tea is the national drink of India. Tea finds its way into almost every Indian home, a mandatory beverage for many first things in the morning. It is so important to Indian households that it becomes the first drink preferred, even before consuming water.

Based on the region, the preferences change accordingly. In the northern and eastern parts of the country, tea is the most preferred drink, if we go down south, we can see that coffee conveniently replaces tea and becomes the favorite beverage in this part of the country. 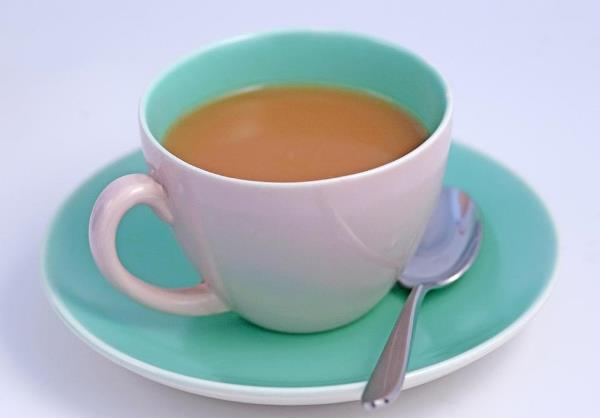 The Indian tea industry is a major industry in India. A look at some of the important facts and figures reveals that India is also a major exporter of tea in the country.

A major part of the tea cultivation is consumed within the country itself, but a bigger chunk is also left for the export of tea outside the country. If we were to look at some of the interesting facts, we would find out that almost 31% of tea is contributed by India alone in the global market share.

An estimate regarding the total turnover of the tea industry in the whole country reveals that the country produces a whopping 10,000 Crores of tea produce in a year.

This makes the country a big leader in terms of tea production industry. The export sector finds the export of tea a profitable business with big turnovers.

The tea industry is also one of the greatest employment generating areas of the country and cultivators, especially women are part of a greater work force involved in the cultivation of tea.

The tea that we sip every morning along with our favorite biscuits comes in different varieties. The time of the day decides the kind of tea that a person would prefer to have.

In common availability, we can find green teas, black teas, ginger teas, herbal teas, mint teas, oolong teas, masala teas, etc. Teas come in different flavors and their tastes vary based on the ingredients used in the preparation of the tea powder.

We have tea powders, tea leaves, dust tea, etc. Each different variety offers different tastes filled with equally different aromas. Tea is known to be good for the heart.

Consuming 2 to 3 cups of tea per day is considered to be good for our health. Tea acts as an energizer for many people when they get up in the morning.

Tea leaves grow in areas that are damp because of heavy rainfall, creating a humid environment and heat generated helps in the good growth of tea leaves. In India, tea is grown in different parts of the country that support suitable environment for the cultivation of tea leaves.

We can find tea plantations in the regions of Assam, West Bengal, Karnataka, Kerala, Tamil Nadu and Himachal Pradesh. In fact, Assam is the leading producer of tea in India and occupies the first place as the largest tea producer in the country.

Darjeeling in West Bengal stands second in tea production. The other regions also grow enough tea to export to different regions of the world.

The geographical indication tag was declared on Assam tea, Darjeeling tea and Nilgiri tea varieties. The tea that is grown in these regions has a specific blend and type that are particularly available only in that region of the country.

For instance, let us consider the specialty of the Assam tea. In other regions of the country, the tea crops are grown on the slopes in highland regions.

It is only in Assam that tea plantations are not found in the highlands, but grown in the belt of the Brahmaputra river basins.

So this region is very famous for producing black tea that is very specific to this region alone. Similarly, Darjeeling tea and Nilgiri tea also enjoy similar rights for the tea produces grown in their regions respectively.

We would have noticed that the shelves of the supermarket that we visit have two different types of indication about the way tea was produced. This is the development brought about in the tea industry. We can find many brands showcasing the CTC types of teas.

In reality, CTC means Crush, tear and curl and it includes modern day practices in tea cultivation along with contemporary methods of procuring tea powder etc.

Another way is the practice followed in different tea manufacturing industries that follow traditional and age-old methodologies and stick to them because they have been used to doing so.

A visit to any hill station in India will showcase some of the best estates and plantations in the county and their sprawling, beautiful areas covered with uniform plantations of tea crops. Tea is a major drink / beverage in most of the Indian households.

Tea was considered a favorite beverage for most of the people and it goes back to almost 750 BC. From time immemorial, it has been the chosen drink for many during the course of the day.

Tea is a staple drink of every Indian household and it can be well traced back to the era of great rulers of the country. Today, the scene has changed for the better.

But still, tea remains the most preferred drink in that nation. A normal citizen of this country would gorge on a cup of tea early in the morning.

Every culture has its own way of moulding into different colors and the widespread reach out to various practices flows from one generation to the next following the path of civilization.

The rich legacy of the cultivation processes, harvesting and preparing them for commercial exports and for consumption within the country is a big challenge in itself.  Tea stands out to all these points and hence is the lovely drink of every Indian.