To know the unknown and to see the unseen is the natural instinct of mankind. The human beings, out of all living creatures have been given an extremely well developed brain, and as a result of this, we are always in search of the why and how of everything. Due to this fact one of the many things that intrigue human mind is a mystery, unraveling which  is of prime importance to us.

I had come to terms with this fact at a very young age when my distant uncle introduced me to the world of thriller mystery. Since then I’ve fed my brain of the classics of literary mystery from Hercule Poirot to Mrs. Marple to the likes of Sherlock Holmes and Dr. Watson. Since then, I had always fantasized about facing a real-life mystery and solving it.
The opportunity did not, however, come until my early twenties when I was a fresh graduate, sitting at home ogling at newspapers for jobs with absolutely nothing to do but sit at home and wait for an interview call.

During those days of joblessness, I was in constant search of something to make use of my idly sitting brain, which had been seasoned to solve mysterious problems; thanks to Agatha Christie and Sir Arthur Conan Doyle.

It was an early October morning and my Aunt had come to visit us from New York. Every year she comes to India to visit her sister, my mom, in October and returns back to New York in January. This I must mention was partly because of family bonding and mostly was a way to escape the chilly New York winters.

She was almost as old as my mother but had not ventured into the idea of marriage. Being the owner of a successful restaurant chain over there, she could afford such long leaves.

Her linage of being from a family of rulers and Zamindars, gave her a bad habit of gambling – something by which my Great Grandfather had ruined our family’s immense wealth, and her job, gave her the income to afford such a hobby. Aunt Bina, as I called her had made a very interesting bet while coming to India.

A rich businessman had lured her into making a bet of safely keeping a paper drawn leaf with her during her trip to India and bring it back to him. She found it very stupid and easy and put her entire property as well as her hotels at stake for it.

As she told us the story, we were all scared and dumbfounded but Madam Bina was as calm as the backwaters of Kerala. She had kept the piece a paper inside a combination-locked suitcase.

Time passed and soon it was January and time to leave for the US. As she opened the suitcase just to be sure, to her utter dismay, there was no paper inside of it and there were ashes inside. I saw her get cold right in front of me. Her face lost its colour and her lips turned from damask to blue in no time.

Somehow my parents handled her and brought her home from the airport unconscious. When she came back to her senses she started crying loudly saying she is now left with no money and even thought of never returning to America. Seeing her lose hopes in that way, I was moved. I promised her that I will found out the fate of that paper and see to it that all her property is intact.

Soon I told her to harden up and tell me exactly what were the words of the bet that took place between the businessman, Mr. Raymond and her. She took out a legal paper from her coat pocket signed by both the parties. After reading the terms of it I asked my aunt about Mr. Raymond as a person.

From what she told me, I got to know that he was the CEO of a leading pharmaceutical company and wanted to acquire her group of restaurant chain many times but she had refused.

Skipping through everyone’s skepticism about my abilities to solve the case, I started by inspecting the suitcase. I even brought a professional lock picker to open it but he failed, saying that such technology cannot be bypassed. The bag was guarded by not only a physical lock but also an electronically programmed lock.

The possibility that the suitcase was wrongfully opened by breaking the lock was ruled out. Then I thought of inspecting the fingerprints on the suitcase. I took it to that distant uncle of mine who was a forensic scientist and a hobby detective.

He told me that the fingerprints on the suitcase belonged to the family members and the driver (who had touched it while loading it into the car).

I was in complete confusion, how a piece of paper could just burn inside a suitcase without anyone opening it in four months. However, this notion of mine was abolished by my aunt who said that she had once opened it during Christmas to check upon the paper and it was there that time. 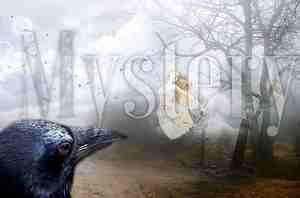 She was happy to see the paper leaf intact and went to the Calcutta Club with the driver where the Christmas Party was organized. Yes we didn’t retain our wealth and riches but did still managed to retain the membership of the club!
Speaking of the driver, she told me that he is on leave for this mother’s illness and that she will have to drive all by herself now. This sparked a light of hope in my mind.

The driver was the only person that day at home with aunt. May be, he had seen her open the suitcase and had burnt the paper leaf inside.

But for all this, a motive was needed. And very soon I got one. After enquiring about any changes in the driver’s behavior since that night, she told me that before Christmas, he always asked for money time to time for his mother’s cancer, but later to that incident he had stopped asking for money saying his mother is well now – something that is not possible because his mother suffers from a case of terminal leukemia.

Immediately I went to the driver and used the good old tried and tested technique of falsely claiming to know the truth. I told him that I know everything and if he doesn’t confess to it then I would hand him over to the police. In an instance, he broke down revealing everything.

The crooked Mr. Raymond, being the CEO of a pharmaceutical company that produced medicines for leukemia, he lured the driver to believe that he can cure his mother’s disease with some special medication. But for that he would have to burn that piece of paper inside Aunt Bina’s suitcase.

The driver did face lot of scolding but was exonerated on ground of his love for his dying mother. My aunt returned to the US, sued Mr. Raymond and got him behind bars and permanently stopped any fort of betting and gambling.

This was the mystery that I got to observe and solve myself. The feeling of doing so was so ecstatically overwhelming that no words could dare to honour its expression.