Today our topic is my favourite picnic spot. Before diving into the topic let me explain what actually picnic is. Well picnic is nothing but a trip to a particular place where a group of individuals are part of the expedition.

The main point of picnic is about either preparing tasty meal over there or taking prepared foods from home and eating over there. The spot maybe either a park, zoo, beside a beautiful lake etc.

Well we generally mean going outside to a particular place and eating meal but that is not the case actually.

Sometimes people gather at someone’s house and eat meals. Picnic is a word with whom many words can be associated.

They are fun, experience, get together etc. Fun is because of gathering. When we have a gathering of family members or friends then obviously there will be loads of fun and entertainment.

Again experience relates to the experience of cooking food ourselves where the cook maybe a beginner.

Actually the point is to say that youngsters generally take up challenges of preparing food at picnic and it turns out that most of them are inexperienced about cooking.

So it takes whole lot of energy and determination to prepare meals. And if successful then we can say that yes we gathered lots of experience.

If a picnic is planned then it is needless to say that there will be gathering and if there’s gathering then definitely it is a get-together.

Picnics are of various types such as family picnic, church picnic, company picnic, friend’s picnic. The common idea is we choose a scenic landscape; a group of people goes out on the trip taking picnic baskets and large blanket alongside. 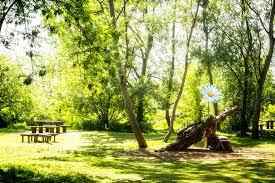 Perhaps the most famous depiction of a picnic is “Le déjeuner sur l’herbe” (The Luncheon on the Grass) by Édouard Manet.

The 1862 painting depicts the juxtaposition of a female nude and a scantily dressed female bather on a picnic with two fully dressed men in a rural setting.

Apart from that we have several films based on picnic itself. They are “Picnic”, “Powers of Ten”, “The Office Picnic”, “Picnic at Hanging Rock”, “Bhaji on the Beach”, “Blissfully Yours”.

Well there are lots of parks, zoos, beautiful gardens but my favourite picnic spot is one of my friend’s house named as Rahul.

He’s my childhood friend. The picnic was planned to take place in month of December, 2016. It took place and all that was planned for has been successfully carried out.

We planned to include as many school friends as possible. Because we passed higher secondary 2 years ago and everyone was desperate for a get-together.

But this was not the main plan. Well we planned to prepare chicken roast ourselves and most of us don’t know how to prepare spicy pastes, cutting onions and chillies.

In other words we were totally novice. Fortunately few of them knew the procedures and steps to be followed.

In the introductory paragraph I was talking of experience. So I am going to tell about our overall experience of the enterprise.

On the day of picnic few of us stepped back and refrained from attending the picnic. As expected, it is seen that very few remains part of the grand plan.

But we were especially lucky as many of us were part of the grand plan. We gathered at Rahul’s house early in the morning.

When everyone came it was planned unitedly that few of us would go to buy ingredients, few would go for collecting woods and stove.

Well I didn’t go out for managing the items. I was with rest of my friends. Then music was played in large music boxes and everyone was like Michael Jackson and started to dance as soon as the music started to play.

It continued till the ingredients arrived. Those who were resting were asked to prepare stuffs, but we are inexperienced, tried to give excuses but that didn’t worked.

We had to follow the instructions; fortunately I was given the task of peeling onions and selecting fresh coriander out of stock.

It took near about 1.5 hours to prepare all the things necessary for preparing meal starting from cleaning the meat to marinating it.

Everyone was damn hungry. Now the upcoming part is interesting. We managed to get one stove found in old days only and it runs only on woods which are provided at bottom.

Now we had to roast the chicken and no one is pro in this. But few of them took the lead role and roasted the chicken pieces.

Few pieces were so burnt that it became black and unfit for eating. Still everyone backed them as it was not an easy task.

Finally when all the chicken pieces were roasted then everyone was like “I am very hungry, give me first”.

Secondly it was superb and at our first attempt we made it tasty. The peace you get when you toil for something and finally you’re successful that gives a feeling which really can’t be transformed into words.

Unfortunately few pieces were still raw and needed more roasting. Still it was more than satisfactory.

We took rest for about one hour. Some played truth and dare. While I was part of truth and dare and never for a single time I had to face either the truth or dare.

Finally few of them went home. Now we were reduced to group of near about 15. Everyone planned to go for a bike ride.

Well I have a bike and went out on expedition. Lastly we dropped few of them whose houses were very far and returned home.

It is my favourite picnic spot because of the memory associated which is inexplicable. I am thankful to everyone for such an auspicious, awesome, fabulous day.