Ambition is defined as a strong desire and determination to achieve something. For everybody in the world there will be an ambition and if it comes to me my ambition is to become a film maker (director).

Different people will have different ambitions according to their taste, some want to me rich, some want to be powerful etc; same as like that my ambition is to become a movie director.

Why did I choose?

I choose to become a film director because movie is only one route where all the people would be watched and a film director can message to the society, many directors are spoiling the youth and public in the society my wrong films.

Many film makers are just making the films for the wealth, this kind of thinking should be destroyed and a director not only can direct the film but can also can direct the society by the meaningful movies, only movie has such power because it is the biggest media on the earth over 90% of the people like to watch the movie that is the reason I choose this field.

What is Film Making 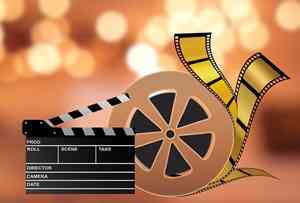 Film making is not my ambition it is my passion, Film making can be defined as a process of making a film, for a director the film making consists of many process to complete a film.

Story is backbone of the movie; director follows the story and makes the film according to it.

Casting is pre production work to select an actor, actress, and other roles according to their character in the story. A director should select the characters that suits exactly to the story.

Pre-production works is defined as the basic works on the music, dubbing and songs of the movie; pre production work is done of the completing of shooting of the film.

Advertising is the major thing as it reaches to everybody in this world, now a day’s advertising is done mostly in social media. Advertising is important as everybody get to know about the film before releasing the film.

Releasing of the film is the last stage, the producer keeps bidding as the distributors will buy the film to their areas. The bidding price would be depended on the popularity of hero. These are the main things about the film making.

How to Achieve My Ambition

Success cannot be achieved easily if it comes easy it is never a success it is just a gift, there are following ways to achieve the success

I will struggle for my goal I had planned everything to achieve my ambition, and done many short films may be I may not get success for  one or two short films but will do until I would reach my success as I would never give up.

In the film industry not only hard work background also is the major aspect as people give respect for the background. The person with the political or film industry background gives the preferred first. I did not have any background that is the minus point but I believed in me and my talent.

Talent is the one of the major role to grow in the film industry. People should show their talent whenever required. I believed in my talent and open up whenever I got the opportunity.

Planning is the important quality to the film maker as film is a step by step process there should be an planning to it, I had plans to achieve my ambition I had done many short films, I written many stories and planned many things for the film.

A film director can change the world with his thoughts and stories.

A film director can get adequate money by his films and market.

He would have a greatest respect in the society.

He is recognized by everybody as he would get celebrity status.

His life would be settled as it is depended upon ones mindset.

Qualities for a Film Maker

To become a film maker there should be many qualities like