It is something that we are very familiar. In every walk of your life, you encounter this art form in one way or the other. Be it Bollywood songs, albums or even the ringtones that you have on your phone, they are all different forms of music.

Any sound which pleases your ears can be classified as music. Be it the voice of a person close to you, the rhythmic beating of your heart or any such sound that entices you. But what exactly is music? What do we really know about musicians? How was music treated in the olden times?

Music, is derived from the Greek word mousike which means art of the muses. Music consists of pitch; which gives melody, rhythm; which is related to the tempo and beats of music, dynamics; how loud or soft the music is, and texture; often referred to as the colour of music.

Music has been around since a long time. There are paintings dating back to 500 BC, that depicts a music lesson between a student and teacher. 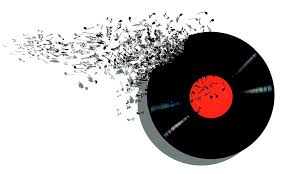 Music is often referred to in mythical stories. It is believed that the gods are patrons of music. According to many Hindu scriptures, they used to enjoy listening to people sing and play various instruments.

The Hindu God Krishna is often depicted with a flute. Kings of the early ages used to have musicians in their court for entertainment.

Music has been emitted by the public since a long time. Before the introduction of electronic records, live performances were the only means to enjoy music. People used buy sheets of music of their favourite artist and then play it at home themselves. Line orchestras were a common form of entertainment.

Music is a wide field of study. There are institutes and courses specifically designed to study music and its various forms in depth. Music can be divided into various genres. These genres can then be also divided into subgenres.

The various genres of music include, jazz, blues, country, pop, Rock, heavy metal, hip-hop etc. Country blues is an example of a subgenre. Genres are just based on small differences in the style of music. Music cannot be divided as such into different categories.

These genres are only used to categorise the large amount of music in the world, so as to avoid confusion. Genres are a subject where there are many arguments and disagreements. Music is basically the emitting of sounds at rhythmic intervals, which creates a pleasing experience.

It just depends on taste. Musicians have always held a place of respect in society. People adore you if you can play even a single instrument or if you can sing. People have always been fascinated by music and musicians.

But it’s not easy being a musician. It is life of immense struggle. You have to constantly strive to make new and acceptable music. You have to know what the audience expects from you.

These notes range from Note A to Note G, in alphabetical order. There are varying intensities in these notes. Each note has a different tone to it.

Music has a huge impact on people. It is an escape from one’s daily hustle of life. You feel relaxed and at home when you listen to your favourite music. There are people who deal with their assorted anxiety and other problems using music.

Good music has a positive impact on you. Thus, it is often used by musicians to raise awareness, singing about the problems that need to be fixed.

But bad music also has an effect on a person. Music can also be a bad influence. Music is all around us, every bird’s song, the waterfalls, rain. If you listen carefully you can hear it loud and clear.